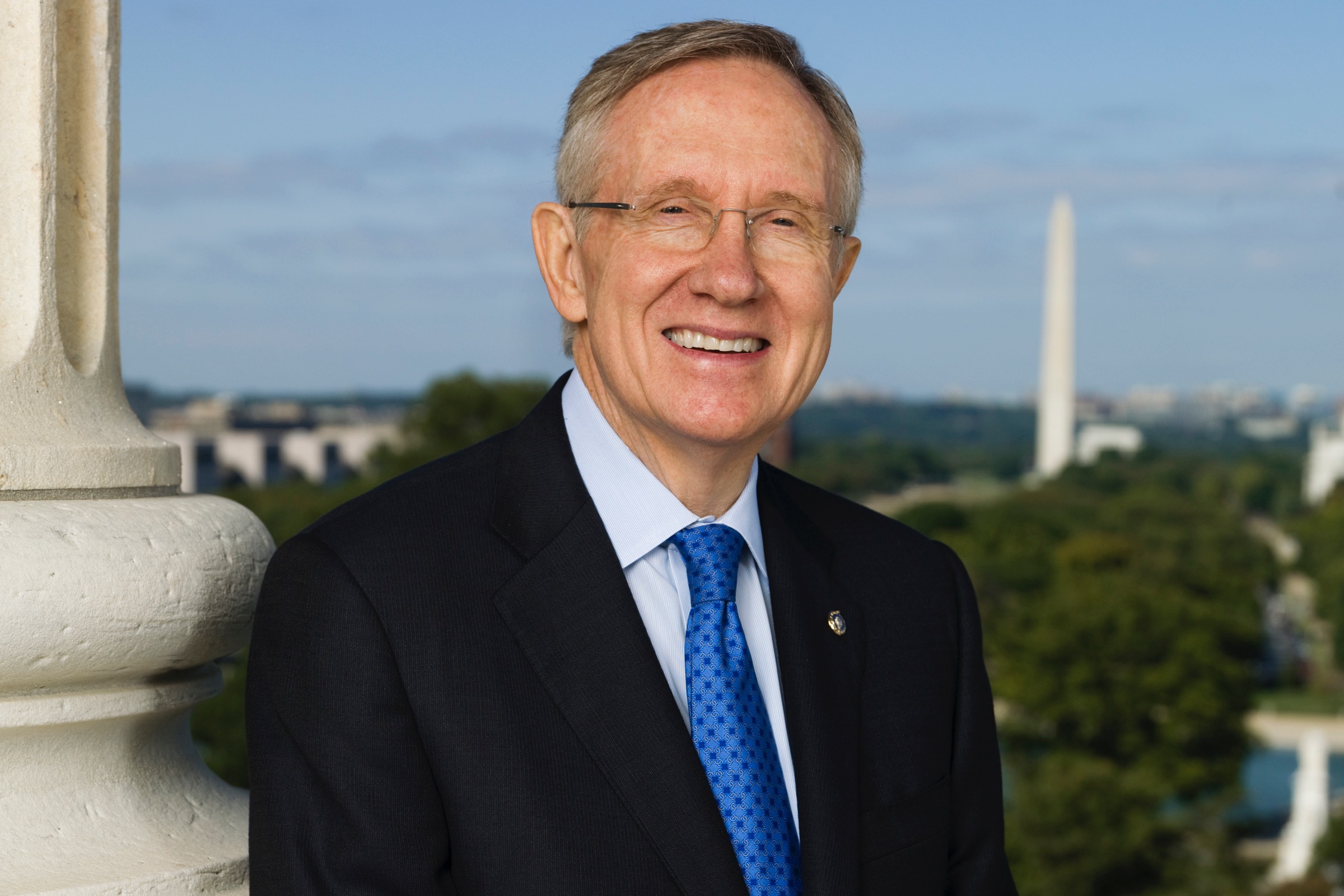 Harry Reid, an iconic Nevada politician who made his mark both in Las Vegas and Washington, died Tuesday at the age of 82.

Former US Sen. Harry Reid, seen here in his official 2009 portrait as Senate Majority Leader, died Tuesday after a four-year battle with pancreatic cancer. The longtime Nevada politician and public official, who also chaired the state’s gaming commission from 1977-1981, was 82. (Image: Senate.gov)

Best known nationally as the Democratic leader in the US Senate from 2005 to 2017, including eight years as the Senate Majority Leader, the Searchlight native served his home state in some capacity for nearly a half-century. That started after he won election to the state Assembly in 1969 and included a term as lieutenant governor from 1971-1975. He was the youngest lieutenant governor in the state’s history.

Two years later, he would become chair of the Nevada Gaming Commission (NGC). His four-year term there was noteworthy for a couple reasons.

Reid was enshrined in the Gambling Hall of Fame in 2001. Besides his time on the NGC, the Hall of Fame noted Reid served as a voice for “hundreds of thousands of people whose jobs are supported by gaming” as well as communities that rely on gaming as an economic engine.

Landra Reid, Reid’s wife of 62 years, issued a statement saying he died peacefully Tuesday afternoon with his family around him. He succumbed to pancreatic cancer after a “courageous” four-year fight.

“We are so proud of the legacy he leaves behind both on the national stage and his beloved Nevada,” Landra Reid said.

Funeral arrangements will be revealed in the near future.

Reid was the chairman when the NGC voted in 1979 against giving Frank “Lefty” Rosenthal a gaming license. Police in Las Vegas had determined that Rosenthal had been running several casinos behind the scenes without a license. The Commission refused to issue him one citing his criminal record and his ties to organized crime.

The two men had a confrontation after the hearing that was caught on video, where Rosenthal asked Reid in front of several reporters to confirm that the chairman sought his help quashing an unfavorable story.

Rosenthal’s life was the basis for the movie Casino, and the commission’s hearing was portrayed in the Martin Scorsese film. Dick Smothers played the character based on Reid.

In his memoir The Good Fight, Reid recalled a 1981 incident in which his wife thought there was an issue with the family’s station wagon. The police were eventually called and a bomb was found attached to the vehicle

Reid also helped the FBI arrest Jack Gordon in 1978 after the entertainment manager tried to give him a $12,000 bribe to authorize two new casino games. Reid allowed authorities to use his office for a sting, recording Gordon’s attempt to bribe him. As agents came into Reid’s office to make the arrest, Reid stormed Gordon and tried to choke him.

The term on the NGC was not without some controversy. An FBI affidavit in 1979 revealed conversations between organized crime leaders who claimed to exert control over Reid. Reid strenuously denied having any ties to the mob.

After serving on the Gaming Commission, Reid would serve two terms in Congress, representing Nevada’s First District before winning election to the US Senate in 1986. He served five terms before retiring in January 2017.

Las Vegas-based journalist and author Geoff Schumacher told KNPR in a February 2016 interview, when he was director of content for the Mob Museum (he now is the museum’s vice president for exhibits and programs), that Reid’s time as NGC chair likely helped him prepare for his career on Capitol Hill.

“It gave him a thick skin, if he didn’t already have one,” Schumacher said. “I mean he faced a lot of pressure when he was on the Gaming Commission and it came in a variety of ways and one of those was threats against him and his family.”

Reid, who celebrated his 82nd birthday on Dec. 2, made headlines earlier this month when the state officials renamed McCarran International Airport near the Las Vegas Strip in his honor.

The name change will cost more than $7 million, with it paid for through corporate and private donations. Boyd Gaming Executive Chairman William Boyd, former Diamond Resorts Chairman and CEO Stephen Cloobeck, and noted sports bettor and businessman Billy Walters all gave $1 million for the cause.

The airport is a very special place to me,” Reid said. “I worked hard during my years in Congress to help build and grow the airport, and it is a source of tremendous pride to me… It is the indispensable ingredient to Las Vegas’ success; it is the gateway through which millions come from every corner of the world to see our city, which is like no other place on earth.”

Nevada Gov. Steve Sisolak issued a statement Tuesday shortly after the announcement of Reid’s death. He noted that Reid emerged from humble beginnings to become of Nevada’s more ardent voices in the nation’s capital.

Sisolak called Reid a trusted mentor, a father figure, and a straight shooter.

“To say Harry Reid was a giant doesn’t fully encapsulate all that he accomplished on behalf of the state of Nevada and for Nevada families,” Sisolak said. “There will never be another leader quite like Sen. Reid.”

American Gaming Association President and CEO Bill Miller, a former congressional aide and a longtime lobbyist and public affairs executive, described Reid in a statement as “the ultimate gaming champion.”

“I’m grateful for having known the senator throughout my career in Washington, DC,” Miller said. “Without a shadow of a doubt, Sen. Reid was one of the sharpest, most effective political minds to ever enter the arena.”