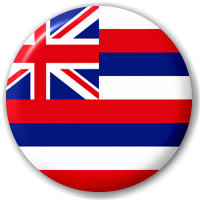 There are only two states where gambling is prohibited: Hawaii and Utah. But that number could be dropping if one politician gets his way and can bring Hawaii sports betting to the islands. And that’s where Representative John Mizuno comes in.

He introduced HB 1815 last week to do just that. But in addition to allowing residents to bet on sports, the legislation says that “There shall be levied, assessed, and collected a tax of fifty-five percent on all winnings paid out to any person by a sports wagering provider. The tax revenues shall be deposited into the sports wagering special fund.” Yes, you read that correctly. A 55% tax.

Initially, not everyone was happy about this as it appeared his 55% tax would be placed on the players. However, Mizuno was quick to clarify that the bill only aims to screw over the operators themselves, not those placing bets. Essentially, Mizuno is taking the ludicrous New York mobile sports betting bill and cranking up the stupidity by a few extra percentage points.

This “beyond absurd” tax rate would not just create Hawaii sports betting, but make the state the highest taxed in the country. At least the bill would also create a Hawaiian online sports wagering company to regulate the activity.

The bill also calls for licensing fees to be collected from the operators willing to pay this high ransom of a tax rate for the privileged of serving Hawaii, but no price has been suggested. How about a billion dollars, Mr. Mizuno?

In addition to Hawaii sports betting, Mizuno has authored a second bill to bring casino gambling to the islands. A single casino, in fact, located in Waikiki. He argued that the site would stimulate the economy, generating revenue for the state, and create hundreds of jobs.