Round 1 of the 32-player $25,000 buy-in PokerGO Tour Heads-Up Showdown brought about 15 friendly matches, and one heated match involving Phil Hellmuth.

The “Poker Brat” was served a dose of his own medicine in a contentious battle against Eric Persson, whose vulgar antics may have actually worked in his favor. Hellmuth appeared to be on tilt even more so than normal, and this time it seemed to have had an effect on his game. 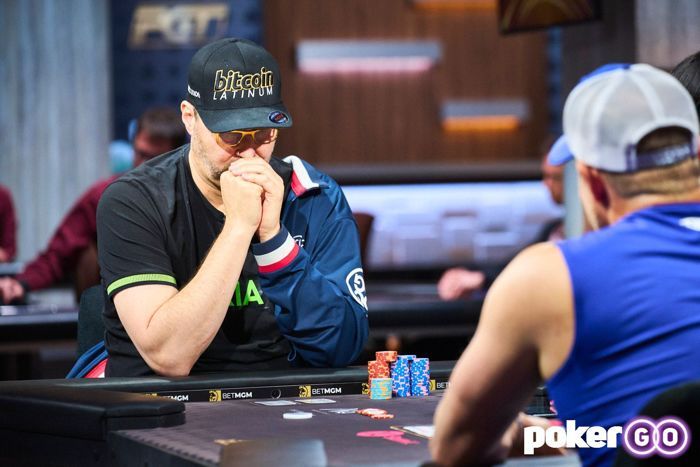 Persson, a $10/$20 cash game player in Las Vegas and CEO of Maverick Gaming, would go on to win the back-and-forth battle, thanks in large part to the deck smacking him in the face. On the final hand, with the 16-time WSOP bracelet winner down to just eight big blinds, he snap-called an all in bet with

and was up against

. The best hand would hold up and the lesser known player was on to the second round.

But the main story in this match is the behavior of both players. Even PokerGO commentators Ali Nejad and Brian Rast said the vulgarities went too far.

The bickering began when Hellmuth’s chip stack dipped below his 200,000 starting stack and Persson hit a couple of lucky cards. In many cases when the “Poker Brat” goes on a rant at the poker table, others just laugh it off or ignore.

On Thursday afternoon, the Bitcoin Latinum promoter faced an opponent who wasn’t going to just take it. Persson smacked back by needling Hellmuth repeatedly. He told the 1989 world champion, in more or less words, that he’s a mediocre poker player and referred to Hellmuth as a “b***h.”

Following one hand, Persson stuck his hands in the air, smiled and flipped the bird to the tilted poker legend.

“You’re full of s**t, you’re so full of s**t. You wouldn’t last one day in my game,” Persson told his opponent. 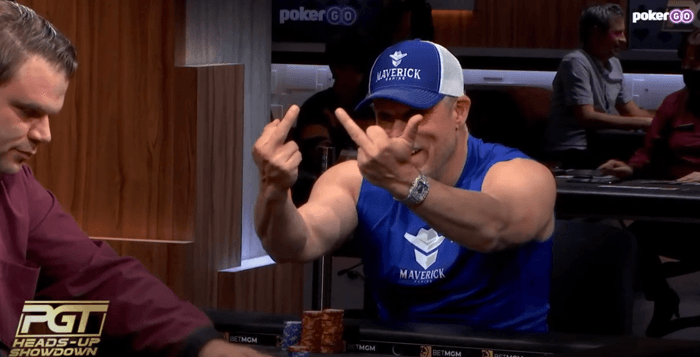 Persson would continue to trash Hellmuth’s game throughout the match. And Hellmuth would fire right back with an insult. The bickering lasted until the final card was dealt.

“I didn’t want to play you because you’re so obnoxious. I’d rather play someone that is better than you that isn’t obnoxious,” Hellmuth fired back.

“You didn’t know I was obnoxious,” Persson responded with a laugh.

“What are you, some kind of sicko?” the Poker Hall of Famer asked.

At one point, Hellmuth called over Paul Campbell, Aria’s tournament director, seeking a penalty on Persson even though Hellmuth was also engaging in unfriendly banter. Campbell warned both players that a penalty would be handed down if the behavior continued.

In the end, the card distribution was on Persson’s side. Hellmuth quickly exited the PokerGO Studio, but the winning player stuck around to continue trash talking his opponent in the post-game interview.

“It went pretty much exactly as I expected it,” Persson told PokerGO’s Jeff Platt. “I was going to take most of the hands and he was going to make a lot of critical errors. But, really, the game has kind of passed him by is the truth.”

Persson will move on to the second round on Friday where he’ll face off against Dan Shak, who defeated Mr. Dirty Diaper, Nick Rigby.

Meanwhile, Hellmuth dealt with some blowback on social media, where he shared a thread:

1 You wanna be a gladiator in the biggest arena? You wanna strive for greatness? Then you will have critics and hat… https://t.co/7j8E0hJT0g

Negreanu Among those Advancing to Round 2 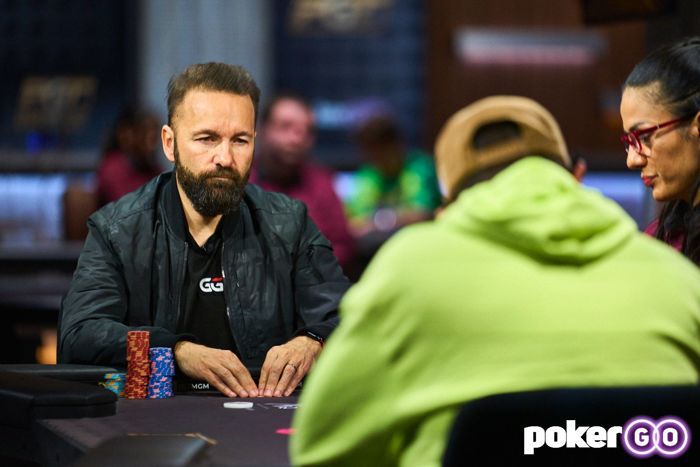 There were 15 other matches on Thursday, none of which had the same sort of animosity as Hellmuth/Persson. But there was another intriguing storyline when Ali Imsirovic, who has been accused of being a cheater by multiple high rollers, showed up to compete against Jake Daniels.

Imsirovic blew a 2:1 chip lead and eventually lost the match. He bolted quickly from the PokerGO Studio, refusing an interview with Platt, as was expected given the accusations he’s currently facing. Daniels will face Bill Klein, who upset Phil Galfond, in Round 2.

Daniel Negreanu, who was on the initial PokerGO feature table, held the lead throughout most of his friendly match with sports card enthusiast Jared Bleznick. “The Blez” would battle back to make a game of it, but couldn’t get the cards needed to win and eventually bowed out gracefully.

Negreanu will take on the up-and-coming Tamon Nakamura, who beat DoorDash founder Stanley Tang, in the second round.

Other notable first round results include Erik Seidel over Jared Jaffee, Darren Elias outlasting Landon Tice in a quick match, Shannon Shorr rallying to defeat Shaun Deeb, and Chino Rheem besting Nick Schulman. The full list of first round results and second round matchups are as follows: 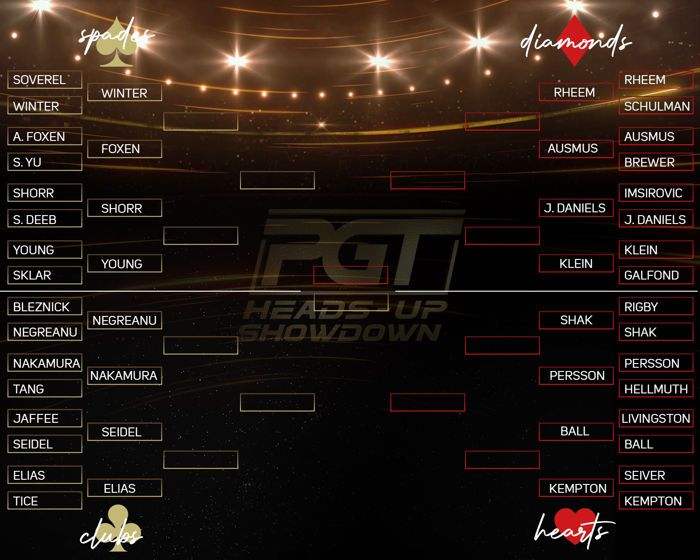 Rounds 2 and 3 will take place Friday beginning at 1 p.m. on PokerGO. The final two rounds will kick off at the same time on Saturday. When all is said and done, the winner will take home $400,000 of the $800,000 prize pool. Each of the top four finishers will be paid.

New WSOP Challenge to Feature ZackTTG and Other Influencers

Strongest Online Poker Brands in the US