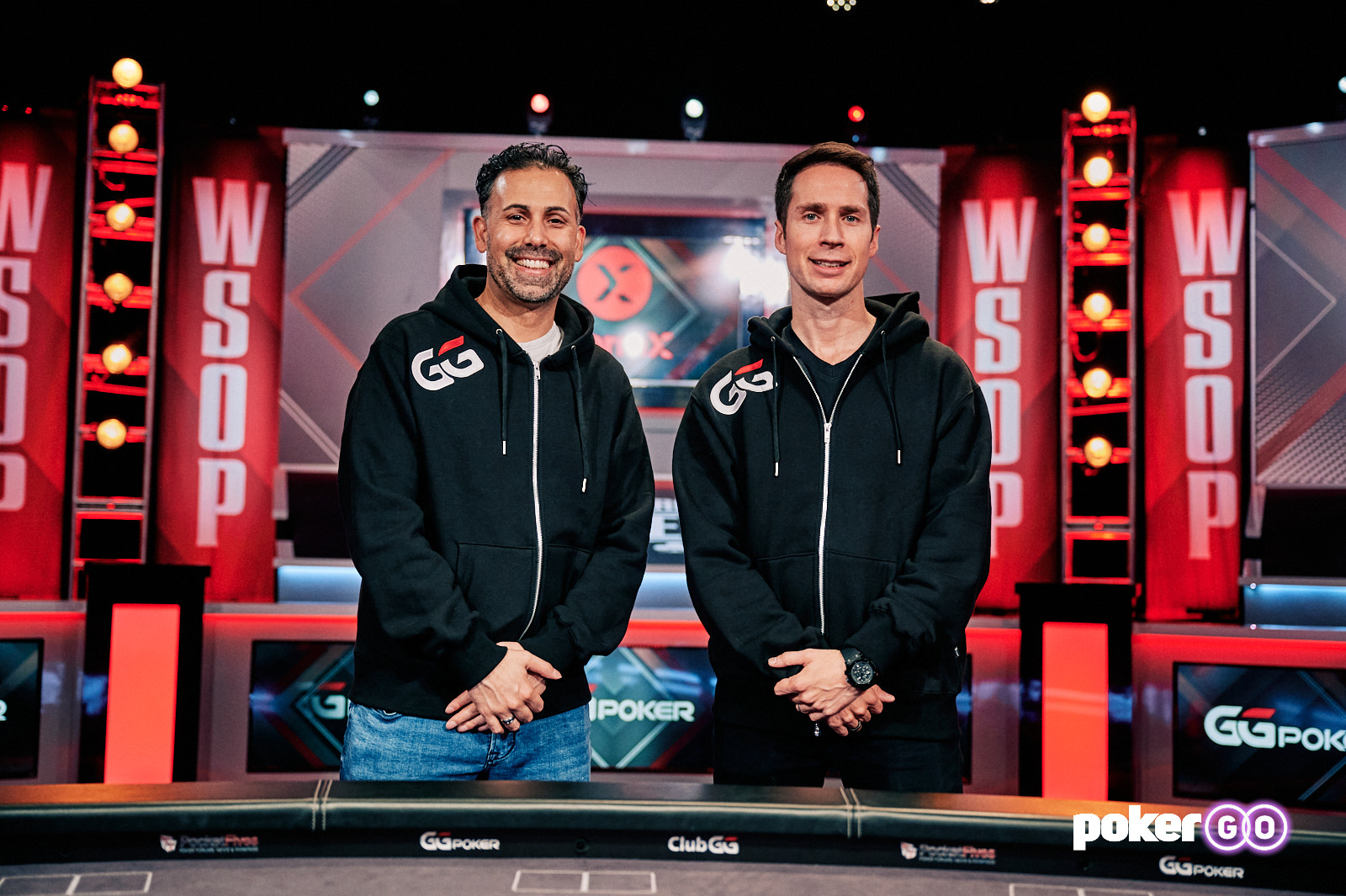 Hellmuth is back at the WSOP, GGPoker Adds Two New Ambassadors

Paul Pierce sued over a poker debt, Phil Hellmuth is cleared to play in the World Series of Poker, and a Phil Ivey documentary are some of the short stacks CardsChats scooped up in last week’s orbit of poker news.

GGPoker gets Gross — and Nejad

GGPoker named Jeff Gross and Ali Nejad as its newest ambassadors at a press conference at the World Series of Poker on Tuesday. They join Bertrand “ElkY” Grospellier, Jason Koon, Fedor Holtz, and Daniel Negreanu as poker site diplomats.

Gross said he’ll be working on poker content for GGPoker. He was announced as “the voice of GGPoker,” while Nejad was called the site’s Media Ambassador.

Nejad is a well-known poker commentator who hosted the original run of “Poker After Dark,” which is now owned by GGPoker. He also was one of the voices of the “US Poker Open” and the “Poker Masters,” as well as the “Heads-Up Poker Championship” that aired on NBC from 2005 to 2013.

Gross is a poker content creator and podcaster who has a large following through his Twitch, Twitter, and YouTube channels. He’ll most likely break 90K followers on each this summer.

Signs have gone up through Bally’s and Paris notifying WSOP players they might be filmed for an  “untitled Phil Ivey documentary.”

Noticing this posted in the tournament areas pic.twitter.com/h41yN0dwpL

The Content Group is a California-based production company that’s made dozens of documentaries and shows about famous people, including Shaq, Mike Tyson, the Kennedys, Marilyn Monroe, and, my personal favorite, Chuck Barris.  They’ve also produced a bunch of reality TV shows like “Love is in the Heir,” “Celebrity Animal Encounters,” and “Drugs Made Me Do It.”

What do you think Ivey’s documentary should be called? Tell us in the comment section. My vote is “Jerome from Atlantic City.”

With his fourth bracelet in hand, which he won in the $2,500 freezeout earlier this month, Scott Seiver went for his fifth in a big way by entering Sunday’s $1,000 Flip and Go tournament a whopping 43 times.

He came up empty.

43 flip and goes later and I’m not even playing the tournament. #JBL

Flip and Go tourneys have two parts. First, players must win a blind all-in hand to advance to the traditional No-Limit Hold’em portion of the tournament. To do this, players must win a Crazy Pineapple-syle hand where they are dealt three cards, discarding one after the flop. Then, the players’ hands are then revealed with the winner automatically reaching the money and advancing to play out the rest of the tournament in an effort to claim the bracelet.

A California man is suing former NBA superstar and poker aficionado Paul Pierce for $180K he says is an unpaid poker debt.

Stephen Carmona alleges “The Truth” borrowed $150K in late January to play in the entrepreneur’s home game, according to TMZ Sports. Pierce reportedly lost $140K of it the money that night before coming back a week later to borrow another $40K, which he also lost.

Pierce is a repeat guest on “Hustler Casino Live,” and took some heat for sexually harassing a waitress on the stream.

Paul Pierce tries to spit game at a waitress

“Moral or oral support, which one?”

The former Boston Celtics great was also fired from ESPN after posting a video of himself playing poker and hanging out with strippers. He refused to apologize.

Phil Hellmuth is all better

For many people, the last few weeks have been the World Series of Covid. Phil Hellmuth — who believed he was immune from the disease — is no exception to the rules of virology. He missed a chunk of the WSOP because of his positivity.

Hellmuth believes he caught COVID in the June 1 Dealer’s Choice event and was away from the WSOP until Monday when he returned to Bally’s for the $1,500 N0-Limit 2-7 Lowball event.

In @WSOP 2-7 Triple Draw, end of Day 1: 44 players left and I have average stack. If you are into good omens: my parents arrive tomorrow and I have done exceptionally well when they are at WSOP. Also, wifey coming in! Great energy!! But, I still have to play my best #POSITIVITY pic.twitter.com/QSqpZQ2ati

2022-06-15
Previous Post: Vegas Vickie-Themed NFTs to be Minted as Circa Plans August Event
Next Post: One Shedrow Under Quarantine After Strangles Positives At Horseshoe Indianapolis – Horse Racing News