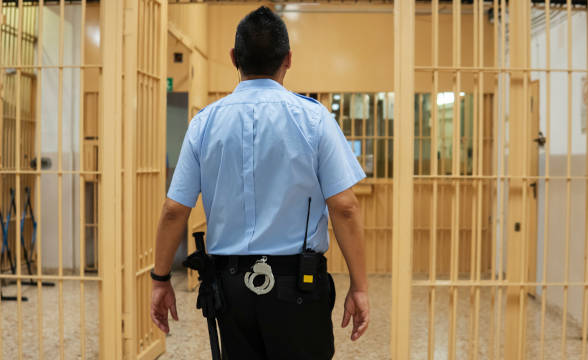 A crackdown on gambling in Hong Kong jails uncovered a variety of methods and tools inmates used to bet ahead of the FIFA 2022 World Cup kick-off this weekend, reported South China Morning Post.

Upon completion of the operation, the Correctional Services Department displayed some of the methods and tricks prisoners utilized to conceal gambling actions.

According to officials, some inmates were found using mosquito repellent stickers and face mask straps to manufacture mahjong tiles and cards, while another was caught hiding a betting slip inside a toilet paper roll.

Commenting on the tricks, Chief Officer at Inspectorate and Security, Chan Siu-Fung, noted prisoners became more inventive with their gambling disguise tactics, making it more difficult for authorities to keep on top of gambling in jails. He also singled out the use of mosquito repellent stickers to play mahjong.

“Some wrote the characters – East, South, West and North- on the mosquito repellent stickers and they would keep it in its original packaging to let it look like the genuine stickers,” he explained.

Desperate to keep prison guards off their betting activities, a prisoner hid a betting record slip inside a toilet paper roll, while others, obviously keen Pai Gow players, turned a matchbox into tiles for the popular Chinese game played with a set of 32 dominoes.

Authorities also came across elastic mask straps being used to play poker, Chinese chess sets and other recreational items used to play a three-dice game called tai-sai. But on the top of the inventive list was a letter sent from an outsider to an inmate using hidden codes disguised as football match odds.

The crackdown on gambling in Hong Kong jails disciplined 60 inmates for gambling or possession of gambling tools since the operation was launched this year.

Traditionally, major football competitions are linked to an increase in gambling activities behind bars and, in anticipation of a betting frenzy ahead of the World Cup, authorities increased the number of searches by 44% a month from July as compared to the first half of the year, carrying out 1,100 searches and raids a month.

In 2018, prison officers seized HK$1.3 million in betting slips ahead of the FIFA 2018 World Cup as Correctional Services Department officers caught 45 inmates placing bets or in possession of gambling tools.

2022-11-19
Previous Post: Las Vegas Is Third Most Popular US Thanksgiving Destination, AAA Says
Next Post: Championship Chase for 3-Year-Old Male Division Could Go Down to Wire