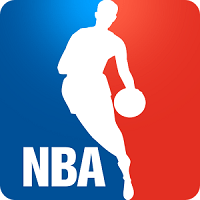 Ten years ago, no one would have ever considered a Las Vegas NBA team. But the city now has both NFL and NHL teams, and pro baseball seems to be on the horizon. So now a basketball team seems like a “must have”, right?

Well, yes. But unlike these other sports, there are currently no teams looking for a new home. And while doesn’t mean that Sin City is out of luck, it does mean that the best chance to land a team may be via expansion rather than relocation.

NBA Commissioner Adam Silver was recently in town for the Summer League games and said that there was currently no talk of expansion. However, he did state that while Las Vegas is a smaller market in terms of TV households, that may not be an issue when it comes to the future of league expansion.

The fact that we’re even discussing a Las Vegas NBA franchise is amazing, and only possible thanks to the 2018 Supreme Court ruling which threw open the doors to sports betting expansion. But just how did that end up bringing professional teams to Las Vegas?

You see, for years there was a fear that betting on sports could corrupt some athletes and the integrity of the games. Not an unreasonable fear, given some of the history surrounding the activity. However, once wagering on sporting events was expanded to well over half the country, the whole argument against Las Vegas having teams because of sports betting became moot.

So here we are, with two professional teams in Nevada, with probably a couple more on the way. And while they may get a baseball team sooner rather than later, they may have to wait for their Las Vegas NBA dreams.