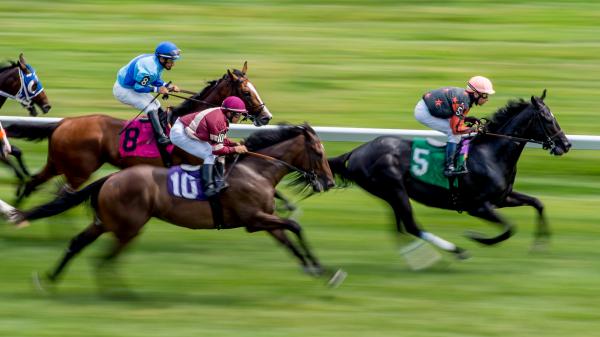 Horse racing is one of the oldest and most enduring sports in the world today. According to some archeologists and historians, the sport might have been around since the prehistoric era, though evidence for this is dubious.

However, we are certain that races on horseback took place in Ancient Babylon, and continued to be popular in Egypt, Greece, India, and Rome. Throughout history, the sport has endured, experiencing a sort of renaissance in the 19th century. Today, it remains hugely popular on the betting scene, especially when it comes to the big events like the Kentucky Derby or Royal Ascot.

Likewise, sports betting is another activity that has been around for as long as humans have played sports. We know, with a degree of certainty, that the Greeks and the Romans placed wagers on their sporting events. Throughout history, sports betting has changed to better fit the society in which it is practiced. It is this evolution that has led to the online sportsbooks of the 21st century.

Online betting first came about in the late 20th and early 21st century. Sportsbook sites appeared where people could place wagers on their favorite sports (usually football). At first, many of these sites were illegal and operated without any sort of licenses or regulations.

Since then, however, more and more countries have opened up to the idea of online sports betting. This has led to safer websites such as BettingGuide.com, which today are the primary way that many punters from around the globe place their wagers. In recent years, more and more U.S. states have begun embracing the practice.

U.S. States to Embrace the Practice

Nowadays, more than half of U.S. have legal sports betting. Most Americans are free to place bets on sports like American football, basketball, baseball, and of course, horse racing.

Since 2020, there has been a major push to attempt to legalize sports betting in more states in the country. Many analysts are predicting that within the next few years, most of the U.S. states will have legalized the practice.

It is worth pointing out that there are a few states that are not expected to make the practice legal for various reasons. We can only wait and see where the future takes us. Many bettors remain hopeful that the country will eventually legalize the practice entirely.

But, how does this impact horse racing? Naturally, a legalization of online sports betting will be a huge push for the horse racing industry. Today, horse racing is among the most popular sports that people place wagers on. This is not just true in the U.S., but also the world in general. Most legal and reputable betting sites offer extensive coverage of all of the popular horse racing events from around the world.

If punters had access to betting apps or websites at the tip of their fingers at any point during the day, it is not a huge leap to assume that the industry will see a huge push in popularity. Bets placed are likely to rise, helping the sport grow in the future.

Online sports betting seems to have a positive future. This will, naturally, have a direct impact on the most popular sports in the betting world. Chief among them is horse racing, which still remains among the most famous wagering sports in the world today. Only time will tell whether the United States federal government passes legislation allowing online sportsbooks. As for individual state laws, prospects seem rather positive.