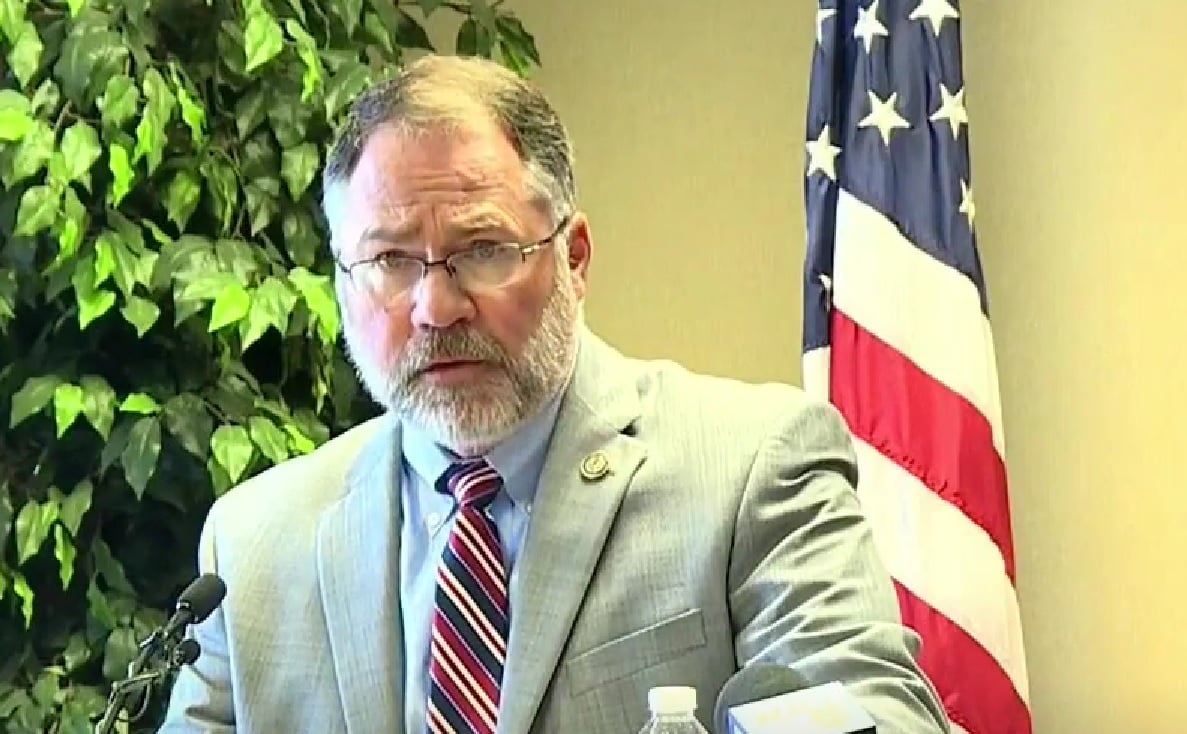 A violent human trafficking gang smuggled more than 100 Mexican and Central American laborers into the US to work in “brutal conditions” on farms in Georgia, Florida, and Texas, federal prosecutors said this week.

Acting US Attorney for the Southern District of Georgia David Estes delivers news of the indictment at a press conference this week. (Image: Fox News)

According to a newly unsealed federal indictment, the gang laundered the proceeds of “modern day slavery” through cash purchases of property and businesses, and by funneling millions through the Hard Rock Casino Tampa.

In all, 24 defendants, mostly US citizens, are indicted on a litany of offenses. These include human smuggling, fraud, and money laundering. The gang fraudulently exploited the H2A visa program to achieve its ends.

Federal prosecutors have referred to the group as the “Patricio transnational criminal organization” (Patricio TCO).

According to prosecutors, trafficked workers were held in “cramped, unsanitary quarters and fenced work camps with little or no food, limited plumbing and without safe water.”

At least two workers died of because of workplace conditions.

Victims were forced to dig onions with their bare hands and paid 20 cents for each bucket they harvested.

The gang threatened them with guns and violence and promised to kill their victims’ families back home if they failed to tow the line.

At least one victim was allegedly “repeatedly kidnapped and raped” by one gang member over a period of 13 months. This unnamed individual also tried to kill the victim, according to the indictment.

Prosecutors said this gang member was “aided and abetted” in this by defendants Charles Michael King, the owner of kings Berry Farm in Waycross, Ga, and his associate Stanley Neil McGauley.

The Patricio TCO made around $200 million from its operations, prosecutors said.

The coordinated arrests of the 24 suspects in 2020 was the culmination of a six-year investigation, dubbed “Operation Blooming Onion.” This involved the FBI, Homeland Security, the US Department of Labor, and other federal agencies.

The American dream is a powerful attraction for destitute and desperate people across the globe, and where there is need, there is greed from those who will attempt to exploit these willing workers for their own obscene profits,” said David Estes, Acting US Attorney for the Southern District of Georgia.

“Thanks to outstanding work from our law enforcement partners, Operation Blooming Onion frees more than 100 individuals from the shackles of modern-day slavery and will hold accountable those who put them in chains,” Estes added.

According to the indictment, Patricio TCO members regularly deposited large sums at the Hard Rock Tampa. One member, Delia Ibarra Rojas, bought in for almost $9.5 million in cash from around 2015 to 2020. Another, Juana Ibarra Carillo, deposited $2.7 million over the same period.

Rojas reported winnings of $7.1 million during the period, according to prosecutors.

At the time of publication, the Hard Rock Tampa had not responded to a request for comment from Casino.org.

Tribal casinos are required to comply with the US Treasury’s anti-money laundering (AML) controls. This means they must file Currency Transaction Reports (CTRs) whenever a customer brings in or takes away more than $10,000 in cash within a 24-hour period.

They also need to make a Suspicious Activity Report (SAR) filing whenever they have suspicions about a transaction.