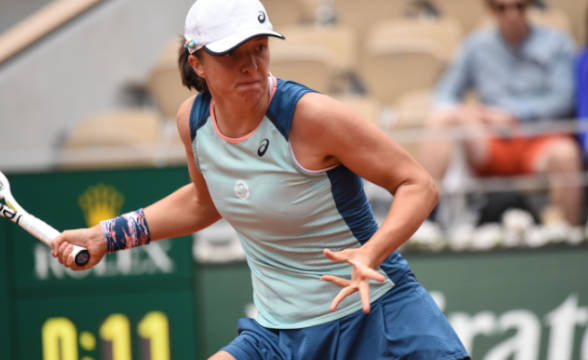 Who’s going to win the women’s singles title at the 2022 French Open – Iga Swiatek or Cori Gauff? The two lock horns in the final on Saturday, June 4 on the main court of Stade Roland Garros in Paris.

Iga Swiatek, who’s the no.1 player in the WTA Rankings, is defending her French Open title against American teenager Cori ‘Coco’ Gauff who’s currently 23rd in the rankings. Based solely on their position in the list of top women’s singles players, Swiatek is a clear favorite.

Another reason why 2022 French Open Women’s odds are leaning in Swiatek’s favor is that she’s been super on the clay court this season. Her record on this surface is 15-0 in 2022. Further, Iga is still undefeated against Coco with two wins so far.

Sure, the odds favor Swiatek but the history of the French Open women’s singles tournament teaches us that surprised do happen in the final. Are we going to see another surprise happen? To learn what we think, all you got to do is check out our Iga Swiatek vs. Cori Gauff prediction.

Iga Swiatek Is the Best in the World

Swiatek is the best female tennis player on the planet in 2022, it’s a fact! Her record since the start of the year is 43-3 with her most recent defeat happening back in February. What this means is that Swiatek is currently cruising on a 34-win streak.

During her 2022 surge, we saw her win five tournaments, three of which use clay as the surface. The same surface is used at Stade Roland Garros, which is where she won her first and so far, her only Grand Slam title (2021 French Open).

Can she defend the title? It sure seems so. Swiatek’s been superb since coming to the French capital,  dropping just one set in five matches. It happened in Round 4 when she lost the first set to Qinwen Zheng after a tiebreaker.

Although she got knocked out of her previous two tournaments in the early stages, Coco Gauff has been fantastic since coming to Stade Roland Garros. So far, she’s won every match without dropping a single set.

It sure is a great achievement, but there’s a caveat. Gauff still hasn’t played against such a strong opponent as Swiatek. In fact, the highest-ranked player she’s faced at the 2022 French Open is Elise Mertens who was in the #32 position in the WTA Rankings before the start of the tournament.

Swiatek isn’t letting go of her French Open title. At least not in 2022. Her stats this year are breathtaking, meaning that a loss on Saturday would be a real shock to everyone in the tennis universe.

This, of course, doesn’t mean she’s going to have an easy job in the French Open final. On the contrary, she’s taking on an in-form opponent who seems to love playing big matches like this one.