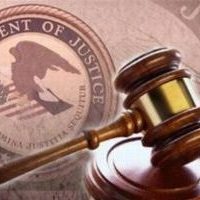 In an effort to gain some clarity, IGT sues Justice Department over their refusal to commit on the Federal Wire Act. And yes, this feels like a never ending story.  Really, this is a good thing for our industry. Since the Department of Justice was shot down by a Federal Judge over their Wire Act opinion (and again on appeal) they have been very quiet. In fact, the DOJ has said nothing since their defeat. And that’s where the new lawsuit comes in.

Since the online gambling business seems to be taking off in the United States (finally), and since IGT wants to be a major part of that, it stands to reason they want to leave nothing to chance. So before they invest millions into a growing industry, why not put the Justice Department to bed for good?

When it comes to IGT’s online gaming products, they have good reason to fear that someday the DOJ could wake up and decide it’s time to prosecute. After all, the court ruling said the Wire Act only applied to sports  betting, but they did so in the context of focusing on the New Hampshire Lottery. That left just enough room for the DOJ to potentially target online slots, poker, and anything else not lottery or sports betting related.

Therefore, IGT is wanting “declaratory relief” from the court against the DOJ, in that the court outright says they are not going to be prosecuted for using the internet to provide non-sports betting games and services that cross state lines. At least, not by the DOJ using the Wire Act. Or, the company wants some assurance that the courts decision in favor of the New Hampshire Lottery Commission also applies to them.

But as IGT sues Justice Department over this, some may worry they are waking a sleeping giant. And yes, the DOJ could decide to fight this. However, given the case is in the same Jurisdiction where they just lost, fighting it may not be a realistic option.