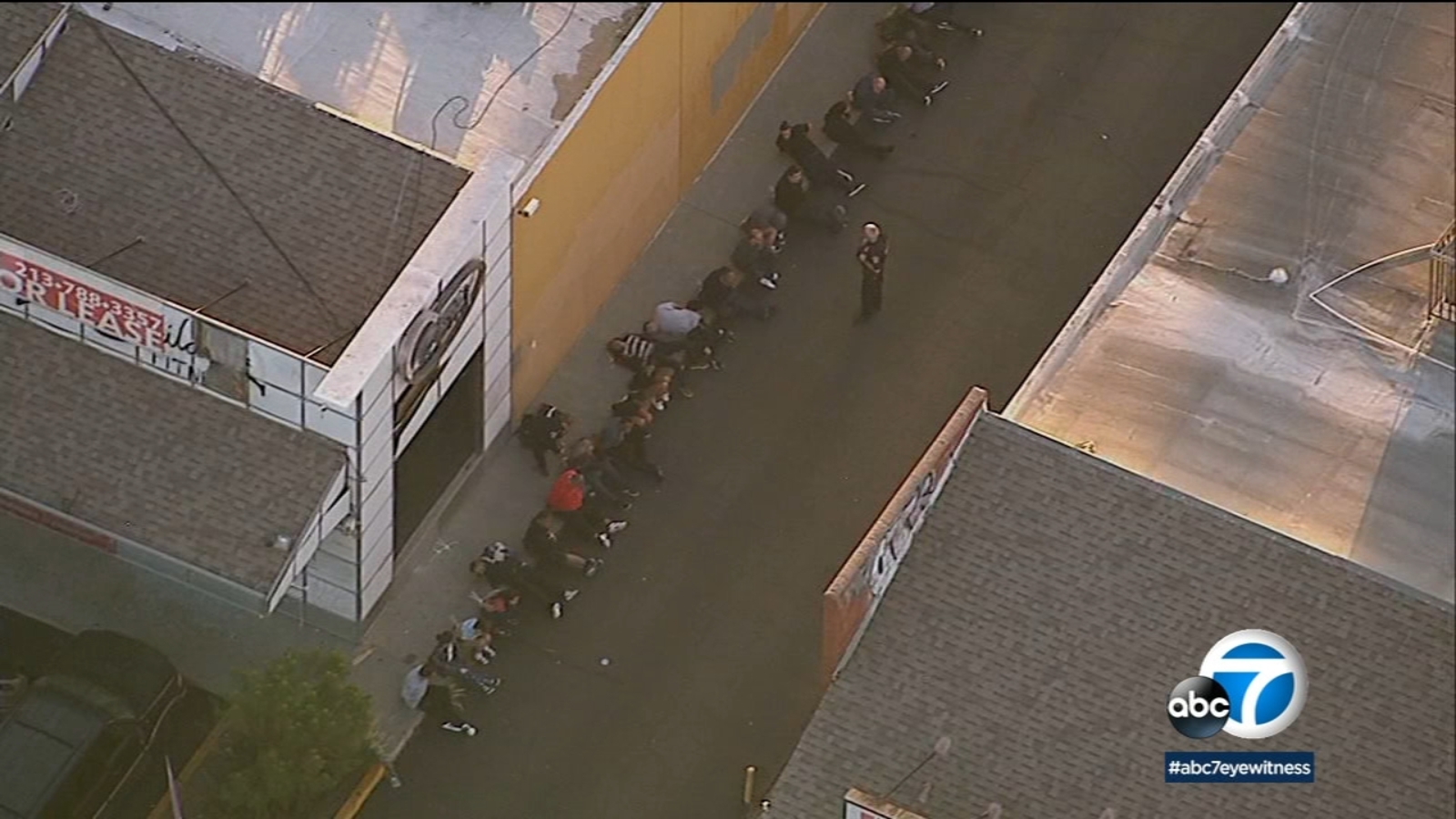 About 40 people were detained following a raid this week of an alleged illegal casino in Ponoma, Calif. Two firearms and possible illegal narcotics were seized, and cash was confiscated, too.

The approximately 40 people detained outside of an illegal gambling operation in Ponoma, Calf., pictured above. The venue was raided this week. (Image: KABC)

The detained people were released and were not charged or citated after Thursday’s raid, the Los Angeles Times reported. In connection with the gambling operation, police arrested a man in Chico, Calif. He also had a pending warrant for his arrest in connection with a prior theft, police said.

Local cops began an investigation into the gaming operation, located at a strip mall, after getting complaints from residents and some anonymous tips. A judge reviewed their case and approved the search of the Indian Hill Boulevard property.

Ponoma cops and 18 members of the Community Violence Reduction Team from the Los Angeles County District Attorney’s Office took part in the raid.

Ponoma is located some 30 miles east of Los Angeles. Prior gambling raids have taken place elsewhere in Southern California.

For instance, in May California authorities broke up several illegal gambling dens in Santa Ana as part of a far-reaching investigation. Suspects now face charges in connection with the raids.

A total of nine suspects were either apprehended or are still being sought on gambling charges or related crimes, such as extortion and drug trafficking, feds revealed in May.

As of May, authorities were still seeking two other suspects. One is Sammy Cardona, also known as “Peanut,” 36, of Santa Ana. He allegedly used “violence to protect defendant Ha’s illicit casinos,” according to a federal indictment.

Most types of casinos are illegal in California. Tribal casinos on Native American reservations are allowed in the state.

Licensed cardrooms are also permitted. As of last year, there were 86 cardroom licenses in California, the San Diego Union-Tribune reported.

Often, they have poker games.

A current moratorium on more cardrooms expires in 2023, the report adds.

Cardrooms in the state have been the site of other crimes. For example, at one cardroom, Larry Flynt’s Hustler Casino, an armored truck guard was shot and injured during an Aug. 4 brazen holdup outside the venue located in Gardena, Calif.

He was in critical condition at a local hospital, but was expected to survive, local TV stations reported. A second guard had less serious injuries.

The guards were attacked by a barrage of gunfire when exiting the truck, Gardena police Lt. Christopher Cuff said, calling it an “ambush.” At least two robbers grabbed an unknown amount of money and fled the area, police initially said.