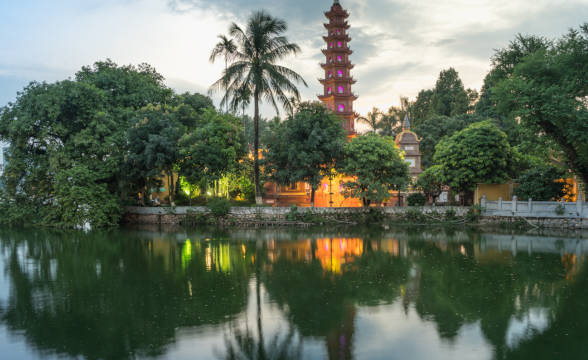 Police in Hanoi busted an illegal gambling ring accepting bets on movements in the foreign exchange (FX) market and arrested the man who ran it, according to the report from the Ministry of Public Security last week.

The gambling ring managed to attract 18,000 customer accounts and generated $90 million in wagering until it was busted by the Vietnamese authorities. The police seized luxury vehicles – five Cadillacs, a Range Rover, Lexus, and Mercedes, among others – and summoned 32 people as part of the investigation following its operation on May 30.

As the investigation is in its preliminary stages, the scarce details provided about the illegal gambling scheme suggest the ring offered its customers a product similar to binary options, offering bets on currency movements across 16 currency pairs, including all USD majors, EUR/GBP and bitcoin, within a pre-selected time interval like 30 seconds, 3 minutes, 5 minutes, 15 minutes, and 30 minutes.

The Floor Wins both Ways

Gamblers created accounts via SFX Capital’s website and placed their wagers accordingly. If the wager is successful, they received an amount equal to their initial bet less the floor fee of 5% to 10% and lost everything if the wager loses.

Players were funneled to the illegal gambling ring by many agents, while once registered, they were supported by expert groups whose role was to ease them into believing that if they follow their instructions correctly, they will certainly win in less than an hour.

To gain the trust of the new players, the expert groups and agents exuded a luxury lifestyle on social media, featuring in expensive cars and displaying wealth.

The group’s actions represent an act of organizing gambling and gambling in cyberspace to appropriate participants’ money, the police stated.

As online gambling in Vietnam is illegal, there is a high incentive for organizers of illegal gambling.

Legal gambling options for locals are limited to only two casinos: one in the southern island of Phu Quoc, and the other in the northern province of Quang Ninh. Recently, Vietnamese authorities announced plans to expand the number of casinos allowing locals by adding another two.

Vietnam is also considering adding casinos to its five-star hotels to boost the country’s nightlife and help the tourism sector recover from the pandemic impact.