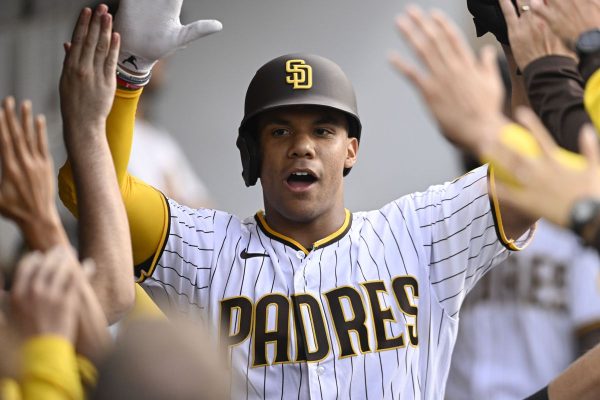 On Tuesday, the worst team in baseball – the Washington Nationals – shook up the entire league. Washington decided to sell off some of its best assets and plan for the future. The results took two-time All-Star, World Series champion, and 2022 Home Run Derby winner Juan Soto to San Diego. He was joined by teammate Josh Bell, who is having his best season in MLB. The Padres also acquired Brandon Drury and Josh Hader as they prepare for a World Series run in 2022.

Prior to the trade, the Dodgers, Padres, and Cardinals were the three teams that had expressed the most interest in obtaining Soto. The Padres also were interested in Bell, which helped them get the deal done.

The Dodgers and Yankees were in the top spot on the World Series betting board with both teams given odds of +350. The Padres were more of a longshot at +1500 and, at some sportsbooks, San Diego was as long at +2000.

With the rumors of the trade looming, a number of sportsbooks dropped the Padres to +1000 to +1200. After the deal was confirmed on Tuesday, San Diego dropped a little further. Currently, the Padres are one of five teams given better than +1000 odds to win the 2022 MLB World Series.

The Dodgers and Yankees are still tied at +350. Houston follows at +450 with the Mets given +600 odds to win it all. San Diego is now listed at +900. Suffice to say, the Soto trade has had a huge impact on the Padres World Series odds.

With Soto inserted into the No. 3 spot in the lineup, Bell hitting cleanup, and Drury at either No. 5 or 6; the Padres have done okay so far. They beat Colorado 9-1 in the first game with their new lineup. The Padres did lose on Thursday night to the Rockies 7-3.

Soto is already hitting .375 and Bell is batting .400 with San Diego. Drury has already hit a home run, his 21st of the season. The Padres had won five straight before the loss to Colorado last night. San Diego will find out just how good it can be with six straight games against the Dodgers and Giants.

There is no question that the Padres new lineup will be one of the best in baseball with the additions of Soto, Bell, and Drury. Don’t forget, superstar SS Fernando Tatis Jr. hasn’t even played a game in 2022. If he makes it back this season, the Padres will be that much better.

Blake Snell (4-5, 4.16) is a former Cy Young award winner and he has been catching fire lately. He has won his last three starts in a row and his ERA for July was 2.81. Mike Clevinger (3-3, 3.13) is another one. He had a 2.40 ERA in June then lost three starts and his ERA ballooned to 4.07 in July. In his lone start in August, Clevinger pitched 7.0 innings and allowed one earned run. If he can return to form, the Padres have a starting rotation that can take them deep in the MLB postseason.