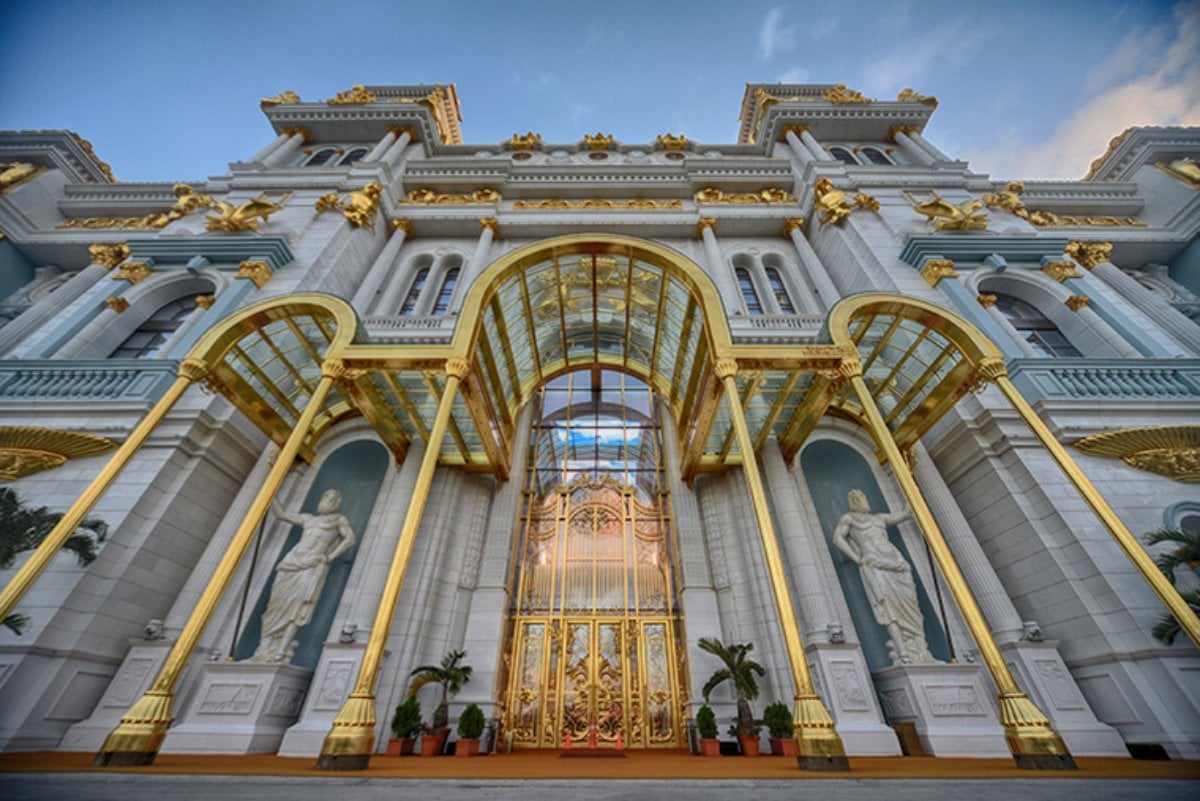 The nearly defunct Imperial Palace Saipan casino could receive new life by way of two investors based in New Jersey. They reportedly have the financial means to revitalize the shuttered multibillion-dollar integrated resort.

The opulent exterior of Imperial Palace Saipan. Two people in New Jersey are rumored to be interested in some sort of takeover of the financially desolate casino resort located on the Northern Mariana Islands. (Image: Asia Gaming Brief)

Though the gaming regulator wouldn’t publicly identify the individuals, Yam told the Northern Mariana Islands media outlet that the two are “both legitimate.”

Yam added that he is barred from discussing the matter further because of rules that govern casino gambling on the islands. Imperial Palace maintains a monopoly on gambling in the territory, which is officially a commonwealth consisting of 14 islands in the Pacific Ocean.

When the Commonwealth of the Northern Mariana Islands (CNMI) opted to authorize a single casino resort in Saipan, Asian interests pounced. The bidding was eventually won by Hong Kong billionaire Cui Lijie, who made her fortune through Macau’s VIP junket industry.

Cui formed Imperial Pacific International, which in turn built and opened Imperial Palace Saipan. But scandal and controversy surrounded the casino nearly since the day ground was broken on the projected $3.9 billion venture.

At the same time, the Department of Justice was probing money laundering allegations at the property’s temporary casino space. Dubbed Best Sunshine Live, the boutique gaming venue was housed in a Saipan strip mall. But despite its seeming unassuming presence, Best Sunshine became one of the world’s richest casinos.

The billions of dollars in gross gaming revenue Best Sunshine was reporting, Imperial Pacific officials countered, was because of around 100 Chinese high rollers making the Northern Mariana Islands their preferred casino destination.

Critics said Best Sunshine was simply a money laundromat for Chinese billionaires like Cui. After DOJ authorities arrived in town, the billions of gaming dollars quickly vanished, as did IPI checks to vendors and workers. The casino additionally stopped paying its regulatory and licensing fees, as required under its agreement with the CNMI.

Island government officials, including Yam, have been threatening to revoke IPI’s gaming license for more than two years. Yam’s Commonwealth Casino Commission is set to consider such deliberations in May.

Imperial Palace shuttered because of the COVID-19 pandemic in March of 2020. It never reopened.

Casino.org has a hankering as to who the two might be. We sent out feelers to two New Jersey businesspeople who helped transform one of Atlantic City’s formerly bankrupt casinos into one of the town’s most successful properties. And that property is a market leader in iGaming, too.

No word back, yet.