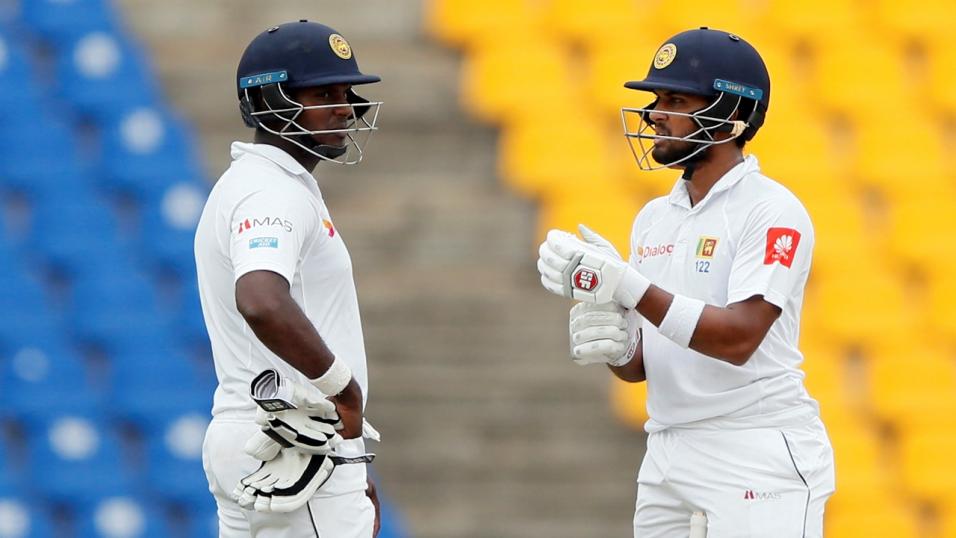 India are near to full-strength, which almost certainly means bad news for Sri Lanka. KL Rahul is the only absentee from a first-choice XI one suspects.

Rahul’s spot could well go to Shubman Gill. And there’s likely to be a shuffle in the top three. Gill or Agarwal could bat at No 3 with skip Rohit Sharma certain to open.

The big plus is that Ravi Jaeja is available again. Jadeja gives great balance with bat and ball. He forms a fair partnership with Ravi Ashwin in the spin stakes.

Dependent on the pitch India could pick a third spinner in Kuldeep Yadav with Mohammed Siraj perhaps making way.

Sri Lanka have players back too. They could include four key men for the first time in yonks to add stability to the batting.

Angelo Mathews is back in the set-up while Lahiru Thirimanne, who missed the West Indies tour, returns. Keeper-batter Niroshan Dickwella could come in for his first game since being banned for a night out in Durham when he breached Covid rules.

Kusal Mendis, Dickwella’s wingman on that night, is available but he faces a fitness test on a troublesome thumb.

With the ball they probably come up short although Suranga Lakmal is a welcome sight for their fans. Lasith Embuldeniya is likely to get the nod for the slow-left arm spot.

There have been only four Tests in Mohali since 2010. It’s a nightmare for punters when we have so little ground form to go on. Domestically there has been a paucity of action, too.

India probably won’t care. They won all four of those Tests, the most recent of which in 2016 against England. Jadeja took the MoM but largely for the bat. Of England’s 20 wickets to fall 12 were to spin.

In the last three years at home India average 390 in their first innings (11 Tests). They have struck more than 400 four times and 600 once. You may have to pay high on the runs par line in the 360 region but the stats are in your favour.

Sri Lanka should not be perturbed by conditions. They average 334 in Asia in the last three years and their batting is at its strongest. The Mathews-Chandimal axis in the middle order is attractive. The runs markets are here

In 20 attempts Sri Lanka have never won in India. They’ve lost 11 and nine of those were by an innings. In fact, they’ve been hammered in all 11.

Still, if a Sri Lanka wager is too much of a stretch the draw option might be best. Sri Lanka could well knuckle down in the first match innings and a high score will likely see panic in the market as many will reckon it’s a road. There’s plenty of room for a trade.

There are some bad bets rather than good ones to note first. Virat Kohli has two wins in 14 so even a Sportsbook-boosted 11/4 for top India first-dig bat has no appeal. Jadeja is 2/1 for bowler honours with one win in nine.

Sri Lanka come to the value rescue. Thirimanne has four wins in nine so is a bet at 5/1. Dhananjaya De Silva, a favourite of ours, is bang on the right price at 11/2. We often back Niroshan Dickwella, too, and the 10/1 is tempting.

However, the first-innings fifty market could be the one to play. On three-year form Dhananjaya wins 46% of the time so we have to take the 10/3. Dickwella is 7/2 and is giving us five points with win rate versus probability on three-year form. Bet the Sportsbook markets here.