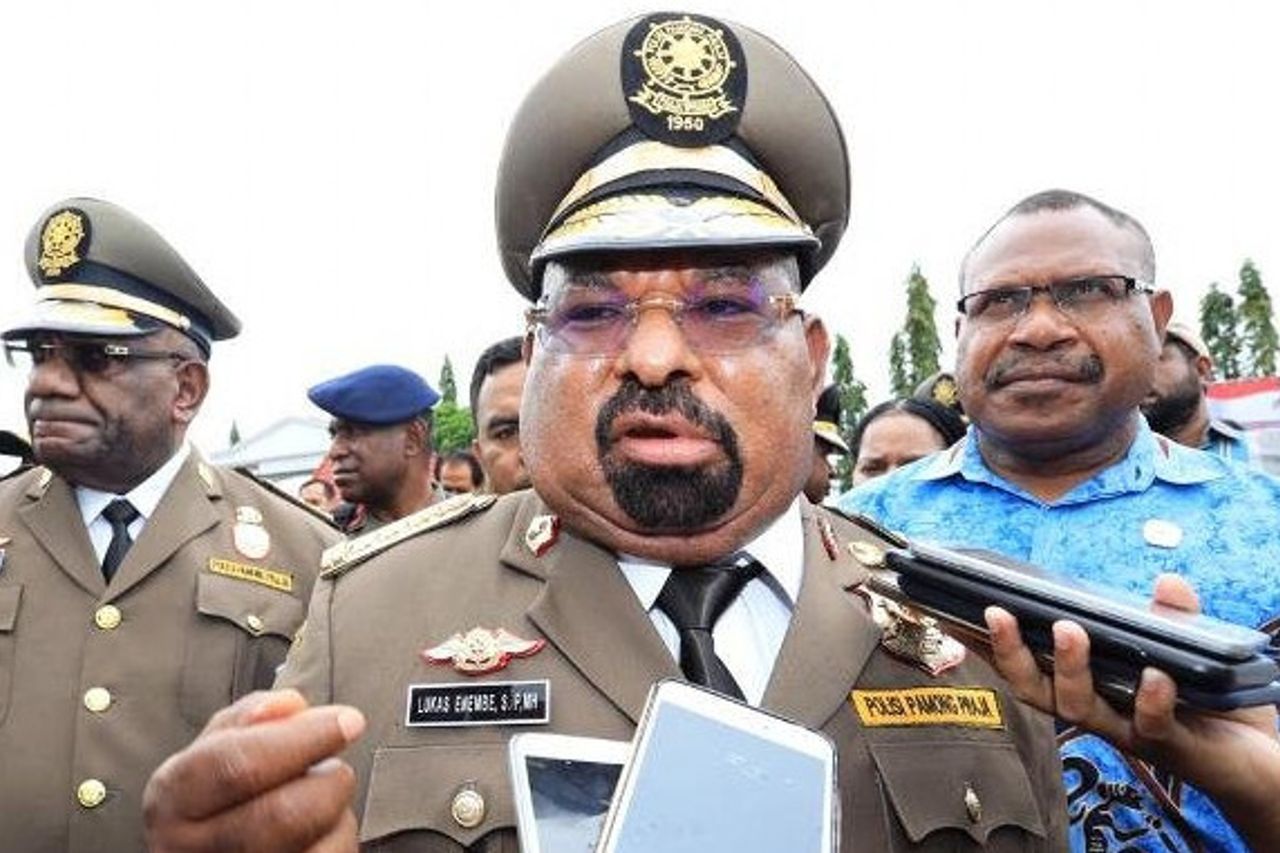 Indonesian Governor in Trouble For Alleged Gambling Habit Worth $39M

Lukas Enembe, governor of the Indonesian province of Papua, has some explaining to do. Specifically, authorities want to know how it’s possible that he could have gambled $39 million through online casinos since 2017.

Lukas Enembe, the governor of the Papua Province of Indonesia, in full dress uniform. He faces allegations of corruption, as well as illegally participating in online gambling. (Image: Voice of Indonesia)

Gambling of any kind is completely illegal in Indonesia. Logically, the government expects its leaders to follow the rules and lead by example.

That is reportedly not the case with Enembe, the Democratic Party governor who has ruled Papua since 2013. Jakarta Globe reports that he faces an investigation for an extensive online gambling habit.

Indonesia’s Financial Transaction Reports and Analysis Center (PPATK, for its Indonesian acronym) conducted a review of Papua’s finances, which included a look at Enembe’s own spending. It discovered that, over the past five years, he has sent SG$55 million (US$39 million) to different online casino platforms.

On one occasion, the 55-year-old Enembe transferred SG$5 million (US$3.55 million) to an unidentified casino. He apparently enjoys the high life, as he also spent SG$55,000 (US$39,000) on a watch, according to the investigation.

Indonesia’s Corruption Eradication Commission, which seeks to prevent corruption in the government, requested that the PPATK take a closer look at Enembe’s expenses. The request followed two reports from “a foreign country” about the governor’s gambling habit in two different countries.

Although the report didn’t name the two, it’s safe to assume one may have been Singapore. Online gambling is also illegal there, although maybe not for too much longer.

In addition to Enembe, his family is also a subject of the inquiry. The PPATK reportedly froze transactions worth over US$4.74 million that involved at least one of his children and 11 banks and insurance companies. Authorities believe those transactions belong to the governor.

The investigation is part of a larger operation against the governor. He was already facing an inquiry over alleged corruption. But he denies the charges and refuses to surrender.

Enembe was to give a deposition last week at the Papua Police headquarters in Jayapura. He didn’t appear, later claiming that he couldn’t because of poor health.

“Support” of the People

The allegations stem from the analysis of 12 different transactions the PPATK reviewed. The agency has blocked or frozen Enembe’s accounts, with Coordinating Minister for Political, Legal, and Security Affairs Mahfud MD asserting the amount of corruption could run in the “hundreds of billions of rupiah.” IDR200 billion is US$13.35 million.

He added that there are also other examples of corruption allegedly related to the case. Among these are allegedly questionable activities related to the use of the leadership’s operational funds, and potential money laundering.

Despite the seriousness of the charges, Enembe has the support of the province. When the allegations surfaced a week ago, locals gathered in front of his private residence in protest of the attack.

On Monday, they held another protest. Once again, they repeated their assertion that the charges are a fabrication, and nothing more than a misguided attempt to oust their governor.

The nature of those protests will come into question as well. Last year, Enembe faced allegations that he fabricated student rallies to cover up a corruption investigation.