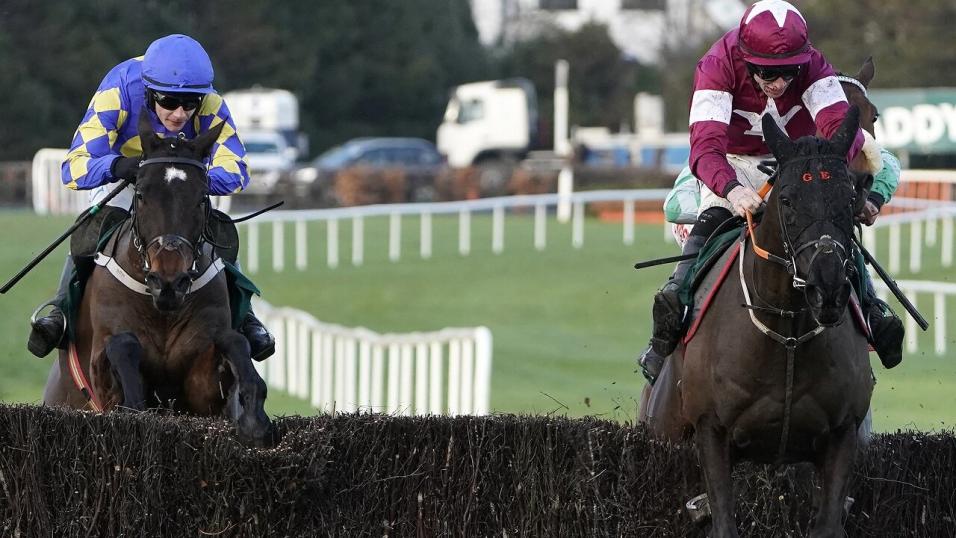 Timeform bring you their comprehensive runner-by-runner guide to the Irish Gold Cup at Leopardstown on Saturday and pick out their 1-2-3.

“…likely to make a bold bid to defend his Irish Gold Cup crown.”

1. Asterion Forlonge (Willie Mullins/ Bryan Cooper)
Put up a high-class performance when easily winning a handicap at Punchestown last spring. Jumping lapses have held him back since, though, as he was going well when unseating rider three out in the John Durkan and he looked set for second when falling at the last in the King George at Kempton last time.

2. Cilaos Emery (Willie Mullins/ Sean O’Keeffe)
Didn’t have to be at his best to win a listed chase at Thurles in November and he ran poorly when turned over at odds of 2/5 in a conditions hurdle at Punchestown on New Year’s Eve. Also has stamina to prove and others are preferred.

3. Conflated (Gordon Elliott/ Davy Russell)
Produced a smart effort when landing a two-and-a-half-mile handicap chase at Navan in December but there’s nothing in his record to suggest he’s up to this level of competition.

4. Delta Work (Gordon Elliott/ Jack Kennedy)
Won this in 2020 and finished third last year. Reappearance fourth behind Frodon at Down Royal was respectable but he disappointed in the Savills Chase here over Christmas. Cheekpieces reached for in a bid to spark a revival.

5. Frodon (Paul Nicholls/ Bryony Frost)
Won last season’s King George and had Minella Indo and Delta Work behind when landing another Grade 1 at Down Royal on his return in October. Went too hard when a below-form fourth in the King George last time.

7. Kemboy (Willie Mullins/ Paul Townend)
Top-class chaser who won this last season. Good third behind Galvin in the Savills Chase here over Christmas, when beaten three-quarters of a length, and likely to make a bold bid to defend his Irish Gold Cup crown.

8. Minella Indo (Henry de Bromhead/ Robbie Power)
Saw off top-class stablemate A Plus Tard to win the Cheltenham Gold Cup last March. Shaped well when five lengths third to Frodon on his Down Royal return and his subsequent King George flop in cheekpieces (discarded) was too bad to be true.