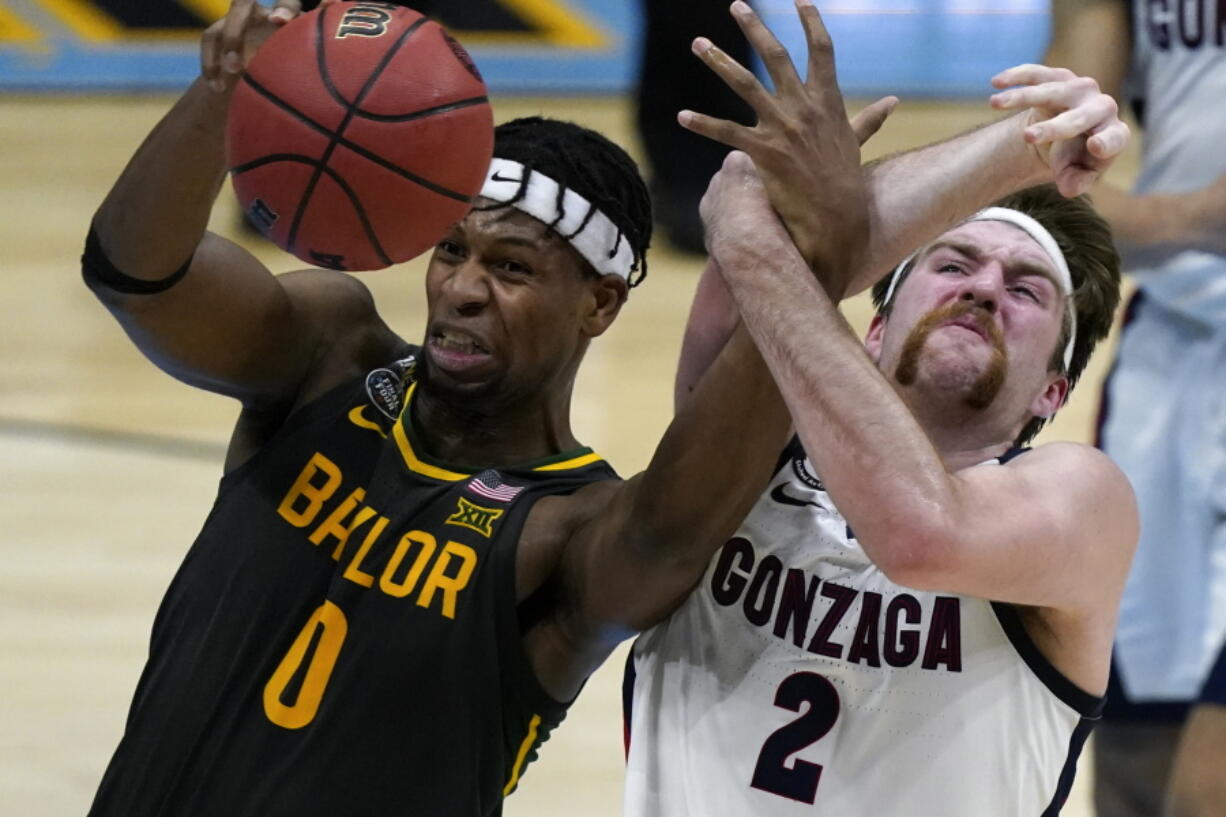 The 2021-22 college basketball season is starting to heat up as teams get deeper into their conference schedules. For the first time ever, Auburn found itself ranked No. 1 in the nation. The Tigers are 19-1 overall and have yet to lose an SEC game (8-0). Still, the Tigers are not among the favorites to win a national championship.

The Bulldogs are experienced, talented, and deep. Eight players play at least 15 minutes per game and head coach Mark Few’s team is second in the nation in scoring averaging 90.2 points per game.

The defending national champions are 18-2 overall. Both losses have come in conference play and both to teams similar to Baylor in style. Texas Tech, then No. 19 beat the Bears 65-62 and Oklahoma State won 61-54. Both play defense like Baylor which allows just 59.3 points per game.

The Bears are always among the nation’s leaders in scoring defense and that keeps them in games. They have won their last three straight and in the last two games held Oklahoma and Kansas State to 51 and 49 points, respectively.

Road to the Championship

Gonzaga is currently ranked No. 2 in the nation. Baylor is fourth. The Bears have the more difficult schedule playing in the uber-competitive Big 12. The Bears play fifth-ranked Kansas twice, face No. 13 Texas Tech again, and close the regular season with No. 23 Iowa State.

The Bulldogs likely will not face too much of a challenge through the remainder of the WCC schedule or in the WCC tournament. Barring disaster on Baylor’s part, both the Bears and Bulldogs are likely No. 1 seeds in the NCAA tournament. That will make a rematch possible.

In the past six NCAA tournaments, only one point spread has gone over 4.5. That was in 2018 when Villanova was a 6.5-point favorite over Michigan. The Wildcats won and covered, by the way. In those six games, three have been matchups of No. 1 seeds. All six had at least one No. 1 seed in the final game.

With Baylor’s strength of schedule, the line on a Baylor-Gonzaga national title game would probably flip competed to last year. Remember, Baylor was a 4.5-point underdog and ended up winning by 16, 86-70. This year, that line would flip to the Bears being favored somewhere between 1.5 and 4.5 at online sportsbooks. The last six title game point spreads were 1, 2, 1.5, 6.5, 1.5, and 4.5.

Again with the Baylor’s strength of schedule and number of strong wins, it’s likely the Bears would be favored by closer to 4.5 points. That leads us to picking a winner. Here is an interesting trend in March Madness championship games.

Last year, Baylor won as the underdog. This year, all the eyes would be on Baylor to repeat. That is something has only happened twice in the past 30 years (Florida 2006-07, Duke 1991-92). The underdog pulls it off again. In a rematch of last year’s final, Gonzaga wins.

2022-01-29
Previous Post: What is 3 Card Poker?
Next Post: Brazil’s lower house is expected to vote on gambling regulation in February