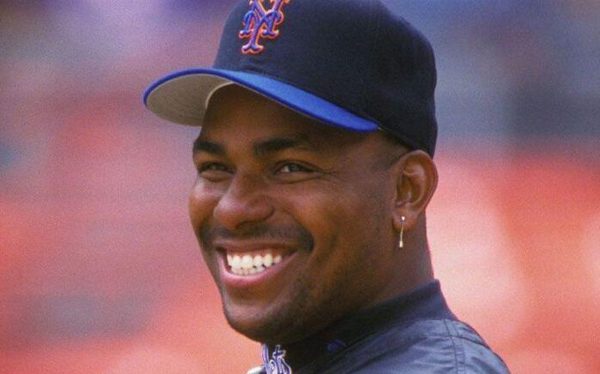 It’s just around the corner and it’s not July 4th. It’s Bobby Bonilla Day and it’s this Friday.

If you are unaware of the glorious holiday celebrated by, well, Bobby Bonilla and his family, you are missing a great piece of baseball history. Bonilla is now 59 years old and hasn’t played in a MLB game since the 2001 season. Every July 1st, he has the opportunity to celebrate something special – a check for $1,193,248.20.

He has received this $1 million-plus check every year since 2011 and will continue to receive the check until 2035. Ahh, it’s good to be Bobby Bonilla on July 1st, but how in the world did this happen?

Pirates to the Mets

Bonilla became a starter for the Pittsburgh Pirates in 1987. Over the next four seasons (1988-91), Bonilla would make the All-Star game and pair with Barry Bonds to help the Pirates win a couple of NL East Division titles. In 1991 after hitting .284 with 114 homers and 500 RBIs with the Pirates, Bonilla became a free agent.

The New York Mets made Bonilla the highest-paid player in the National League with a 5-year, $29 million contract. Bonilla’s production started to go downhill and after three-and-a-half years with the Mets he was shipped to Baltimore. He would bounce around playing for the Marlins and the Dodgers before returning to New York in 1998.

After a mediocre 1999 season, the Mets released Bonilla but still owed him $5.9 million. That’s where the Bobby Bonilla Day story begins.

But, it was the deal that Bonilla and his agent made at the end of the 1999 season that would set Bonilla up for life. Mets owner Fred Wilpon agreed to pay Bonilla $1.19 million each year from 2011 to 2035. The total payout would by $29.8 million. Wilpon accepted the deal because he was getting at least 10 percent return on his investments and would only be paying 8 percent on Bonilla’s deal.

The problem for Wilpon was that his investments were with Bernie Madoff and his notorious Ponzi scheme. In the end, the Mets were still responsible for Bonilla’s payment each year and they have continued to pay it each and every July 1.

Pictured: Famous scam artist Bernie Madoff leaving court. Madoff is one of the most famous scam artists in American history, responsible for running a multi-billion dollar ponzi-scheme. It should serve as no surprise that somehow his name is invoked in perhaps the worst deal in sports history.

Not Bonilla’s Only Payday

Remember when Bonilla ended up in Baltimore? Well, he helped the Orioles to the ALCS in 1996 and did so on a deferred contract. In 2004, the Orioles began payments on Bonilla’s deferred deal. Bonilla receives an annual payment of $500,000 from Baltimore on a plan that will continue until 2029.

Bonilla Isn’t the Only One

While Bonilla’s payments from the Mets are the most well-known, there are a handful of other major leaguers that also receive deferred payments from their former MLB teams. Former AL Cy Young winner Bret Saberhagen receives $250,000 also from the Mets. His payments began in 2004 and will end in 2029. Saberhagen’s deal was the inspiration behind Bonilla and his payout.

Ken Griffey Jr. signed a nine-year, $116 million deal with the Cincinnati Reds in 2000. He receives a $3.59 million check from the franchise each year until 2024. Current Mets pitcher Max Scherzer is due $105 million from the Washington Nationals. That money will be paid through 2028.