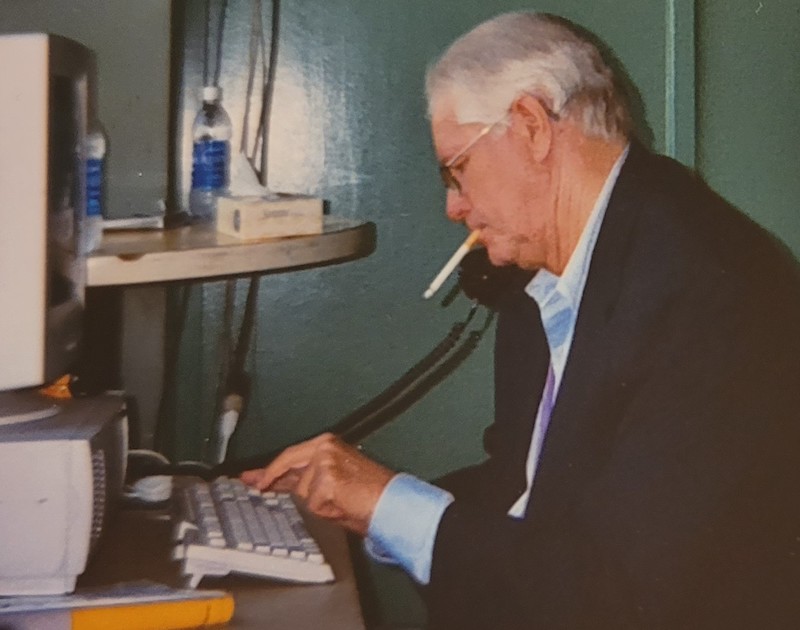 Jack Will: working the phone and the keyboard as captain of the Breeders’ Cup notes team (photo courtesy of Michele Blanco)

For much of his career, Jack Will was a horse racing writer’s best friend, working the backstretch as a track publicist to provide the latest news and notes  that would be published under someone else’s byline.

“He didn’t want the spotlight on him,” said Breeders’ Cup’s longtime director of media relations, Jim Gluckson. “Jack just really liked working behind the scenes. His work was invaluable for both television broadcasters and writers.”

For many years, Will captained the Breeders’ Cup notes team, which produced daily updates on every pre-entered horse in a Breeders’ Cup race and was invaluable to racing writers and broadcasters around the globe. For most of his career he was a racing publicist at East Coast tracks, primarily in South Florida. He also wrote for Daily Racing Form and the short-lived Racing Times newspaper in the early 1990s.

On Oct. 2, Will died after suffering a stroke the previous month. He was 78 years old.

Friends recall Will working for the publicity department at Monmouth Park in the late 1960s after getting his start in racing at Pimlico in Maryland.  He spent several decades in South Florida, working at Calder from 1993-’11 and also at Gulfstream Park and Hialeah Park.

Trainers trusted Will because of his knowledge of the game. For writers, especially newcomers, he went out of his way to help them out with introductions and information. On any given night, until it closed in 2004, he could be found at Manero’s Steakhouse just down the road from Gulfstream Park in Hallandale Beach. A horseman’s hangout, it gave Will a head start on the following morning’s backstretch rounds. In recent years, he was a regular at the Upper Deck Sports Bar just off Gulfstream Park property.

Among the tributes to Jack Will:

“That is so sad about Jack Will – an old-fashioned racing journalist with a fantastic dry sense of humor. Such great memories of time spent at the bar with him during Breeders’ Cup.” – Adrian Beaumont, International Racing Bureau

“Jack helped me learn the ropes in my early days on the Breeders’ Cup notes team. Fond memories of his expert direction and dedication to excellence.” – Claire Crosby, editorial director, BloodHorse

“Jack Will took me under his wing when I came to the USA. His knowledge was expansive and his wit plus charm never ending.” – Marette Farrell, bloodstock adviser

“Jack was calling charts at Atlantic City and wrote a footnote that said something like ‘So and So went to the front, held the lead throughout, and was disqualified for no apparent reason.'[ He was living with the chief steward at the time. Legend! He was also a great storyteller.” – Larry Collmus, race caller and broadcaster

“Jack was a true gent. I remember my first day I ever called races in the U.S. – at Calder – Jack was really kind but also very helpful with what I should and shouldn’t do. A true gentleman of the turf.” – Mark Johnson, racing commentator

“One of the good guys. I will always remember our many conversations at Upper Deck as Jack enjoyed a cigarette and sipped on his beer from a wine glass. Cheers my friend. RIP.” – Mike Penna, Horse Racing Radio Network