The first major title of the 2022 PokerStars European Poker Tour (EPT) presented by Monte-Carlo Casino® at the Monte-Carlo Sporting complex on the French Riviera has been awarded. Out of a field of 83 entries in Event #4: €10,200 Mystery Bounty, French entrepreneur Jean-Noel Thorel prevailed in heads-up against Spanish poker pro Sergi Reixach to win his third ever victory on the live poker circuit.

Thorel and Reixach were responsible for the lion’s share of the eliminations in the money and shared the biggest portion of the €390,100 in cash and €415,000 in Mystery Bounty prizes. Reixach as well as fourth-place finisher Imad Derwiche drew the golden envelope with the highest bounty of €100,000 while Thorel and Sam Greenwood scored an instant payday of €50,000.

Only the top 11 spots earned prizes for their efforts. Among the players in the money were Belarmino De Souza, EPT regular and recent 2022 Irish Open champion Steve O’Dwyer, Rodrigo Selouan, and Timothy Adams. French poker pro Johan “YoH ViraL” Guilbert was eliminated on the bubble to let the bounty bonanza commence shortly thereafter.

The final day of the tournament got back underway with 50 players out of 71 entries remaining and another dozen entries were added in the first hour of play thanks to the extended late registration. Only one of the last minute additions eventually made it into the money as Japan’s Hiroshi Nishiyama was the first player to take home a cash prize.

All other hopefuls fell by the wayside as the field raced towards the money bubble. Among the casualties were also the Day 1 big stacks Ben Heath, Luciano De Hollanda, Kayhan Mokri, Alex Kulev and Guram Andronikashvili. They all bowed out much earlier than they were hoping for with Heath falling on the final three tables during a frantic period of the tournament.

Heath first doubled his short stack through Dimitar Danchev only to then come up second-best to Derwiche. For Danchev, there was no happy end either as he was knocked out soon after. On the final three tables, Greenwood surged into the lead with back-to-back eliminations when he turned a straight flush to knock out Motoyoshi Okamura and then flopped the nut flush to felt Pavel Veksler.

However, the Canadian then went on a slippery slope and became the short stack close to the money bubble only to bounce back. The two German High Roller regulars Claas Segebrechtand Dietrich Fast were eliminated just shy of the cash bubble and Gilbert became the bubble boy after a clash with Reixach.

Once in the money, it didn’t take long to award the first two Mystery Bounties with values of €10,000 and €50,000. The loudest celebration then came from Derwiche when he drew one of the two golden €100,000 Bounty envelopes by knocking out Adams who he had previously joked to be gunning for. 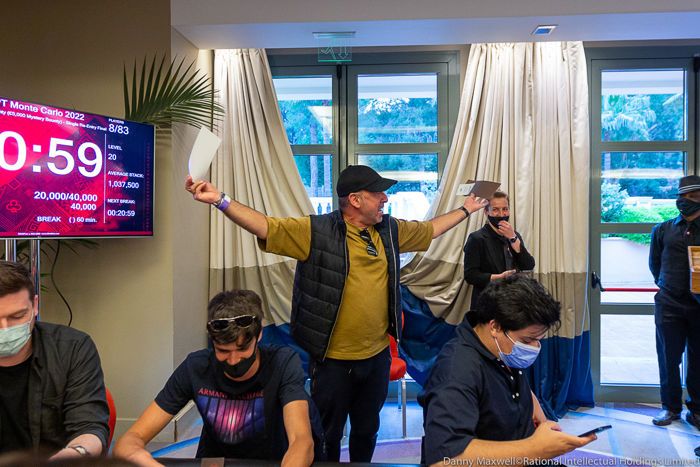 From there on, Reixach went on a rampage and scored the next three eliminations including Lukasz Szymon Grossmann(€10,000), Rodrigo Selouan (€25,000) and Greenwood (€35,000). Thorel then sent O’Dwyer to the rail and immediately drew a €50,000 Mystery Bounty prize on his first attempt. Reixach and Thorel split the next €15,000 bounty when their ace-kings held against the ten-eight suited of Derwiche.

Reixach suffered several setbacks and his commanding lead was cut short thanks to the emergence of Thorel and De Souza. It was then Brazilian De Souza who had his aces cracked by the five-four suited of Reixach, who drew the second €100,000 envelope and entered heads-up with a small lead.

During one of the first hands of the duel between Reixach and Thorel, both got their chips in preflop with ace-queen and Thorel hit running hearts for a flush. Despite the large lead thereafter, a tense and fierce fight of more than an hour unfolded in which Thorel eventually emerged victoriously to win his third ever title on the live poker circuit. Reixach may have walked away as the runner-up but claimed more money thanks to the Mystery Bounty format. 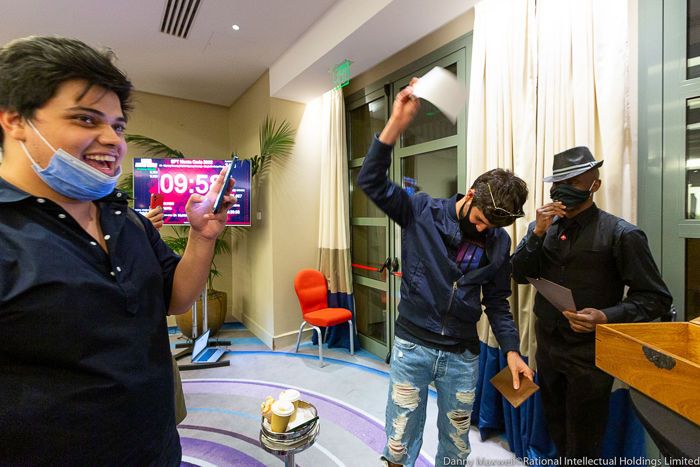 The first High Roller contest of the first EPT stop in Monte-Carlo for three years certainly convinced with a large field and promises more enticing high stakes action in the days to come.

Stay tuned for more as the PokerNews team will provide live coverage of all marquee events on the French Riviera.

New WSOP Challenge to Feature ZackTTG and Other Influencers

Strongest Online Poker Brands in the US