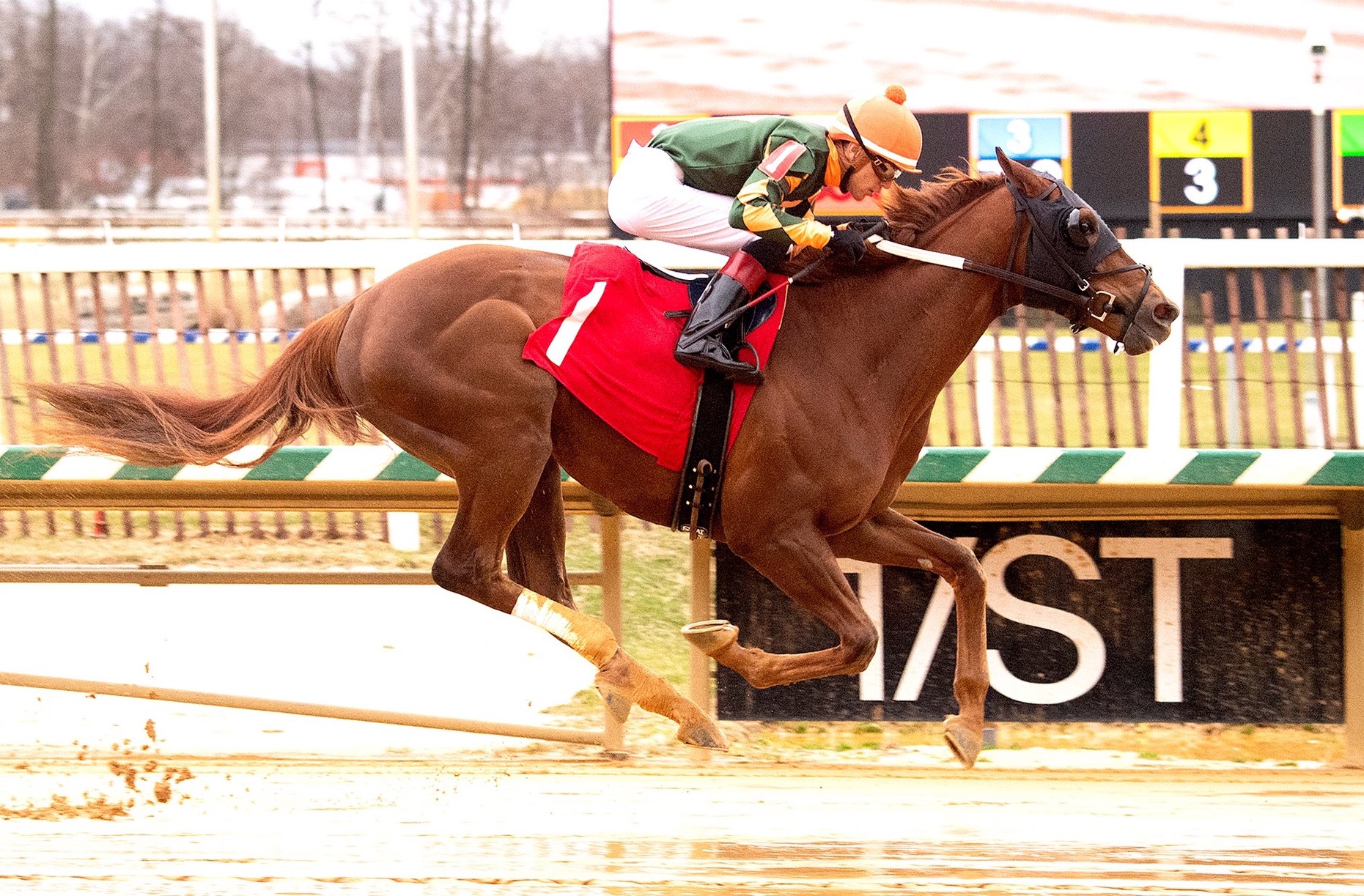 Jockey Mychel Sanchez Suspended After Betting Against Himself at Parx

Mychel Sanchez was suspended indefinitely by 1/ST Racing on Friday after it was reported officials in Pennsylvania suspended the thoroughbred jockey for betting against his mounts.

Jockey Mychel Sanchez rides Conclusive to win at Laurel Park on Jan. 2. The jockey was suspended indefinitely on Friday by Laurel Park operator 1/ST Racing after reports indicated he bet against his own mounts in some races. (Image: Jim McCue/Maryland Horseman)

Sanchez was pulled from races on cards for Friday and Saturday at Laurel Park in Maryland. According to the Paulick Report, a horse racing news site, Maryland Racing Commission Executive Director J. Michael Hopkins said he learned stewards in Pennsylvania suspended Sanchez 60 days for betting violations.

“You can’t bet against yourself,” Hopkins told the Paulick Report on Friday.

About three hours after the Paulick Report published its article, 1/ST Racing announced its own suspension of Sanchez.

“After learning of the serious allegations of illegal wagering on the part of jockey Mychel Sanchez, effective immediately 1/ST Racing will institute an indefinite ban against him from training or racing at any 1/ST Racing venue,” the statement read. “Any decision regarding Sanchez’s reinstatement will be made at a later time. 1/ST Racing stands on the principles of integrity and accountability, and we believe there is no place in our sport for this kind of unethical and illegal activity.”

A Stronach Group company, 1/ST Racing operates racing at Laurel Park and Pimlico Race Course in Maryland. It also owns Gulfstream Park in Florida and Golden Gate Fields and Santa Anita Park in California. It does not run any tracks in Pennsylvania.

A lawyer for the jockey told The Thoroughbred Daily News late Friday that his client is “a straight shooter” who happens to be battling depression while supporting family he has here in the States and in his native Venezuela.

Alan Pincus told TDN that Sanchez established a TVG account in his own name. He bet from Dec. 23 to Jan. 3. TVG reported the betting behavior to authorities.

According to racing data from Equibase, Sanchez rode in 28 races during the period Pincus described. Of those, 17 were at Laurel and 10 took place at Parx Racing in Bensalem, Penn. He won five races at Parx and one at Laurel.

It was clear he was giving his best effort,” Pincus said to TDN. “He was not fixing races. He won several of the races in which he bet against his horses. The horse paid $37 in one race, $27 in another. He was just doing something crazy that only a psychiatrist can explain.”

The other race was the Jerome Stakes, a Kentucky Derby prep race that took place at Aqueduct on New Year’s Day. Sanchez rode Mr Jefferson, a colt that went off an 8-1 and finished sixth in an eight-horse race.

Pincus said that his client would not appeal the Pennsylvania ruling and is seeking help for mental health needs.

In 43 races this year, Sanchez has hit the board 18 times, including nine wins. He’s produced $244,327 in purse earnings for his connections so far this year. Last year, Sanchez won 155 times in 1,008 races. He ran in the top three 46 percent of the time and recorded earnings of $5.7 million.

In 6,097 starts, Sanchez has 940 wins and has finished in the top three in 44 percent of his mounts, producing career earnings of $30.4 million for his connections.