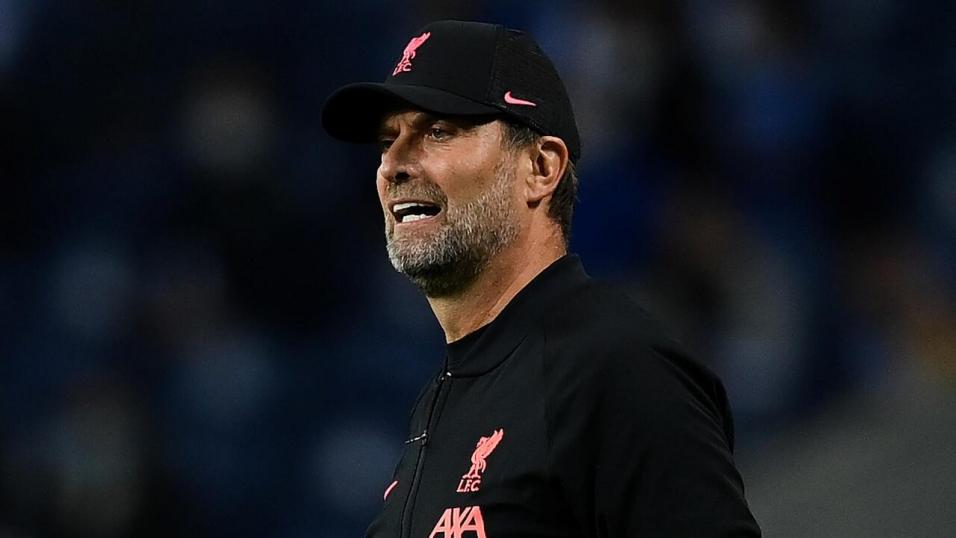 It all starts to get serious as the Premier League returns to the long run of continuous fixtures that will form the backbone of the season, and there’s only one place to go in our Game of the Day series and that’s to Anfield as Liverpool hope to get back their title challenge back on track against in-form Arsenal.

It’s a fixture that’s usually filled with goals but this time it’s also filled with intrigue as the Gunners no longer look like lambs to the slaughter heading to Merseyside. Mikel Arteta’s men are the in-form team in the Premier League and sit just one place behind Jurgen Klopp’s side.

The Reds have had a couple of weeks to stew over their first defeat of the season at West Ham, but too many draws before that had kept them behind Chelsea and now defeat against Saturday’s visitors would see Arsenal go above them in the table!

Nobody would’ve seen that coming when Arteta was under all kinds of pressure following three straight defeats to start the season. But while the Gunners seem to be on the up could Liverpool be on the way down?

We continue our Game of the Day series with a look at the big game on Saturday evening with some betting advice below along with a specially-enhanced double from the Betfair traders.

A good time to play Liverpool?

You can dig out stats to support both whether Liverpool are having a good or bad season as Klopp’s side are a bit of a mystery to work out. They’ve won just twice in six league games but only lost once all season.

They’re the top scorers in the league and are unbeaten at Anfield, but have won just twice in front of their home fans and too many draws sees them in fourth and four points off leaders Chelsea.

They’ve drawn against Brentford and Brighton yet smashed Man Utd at Old Trafford, and even in their much-maligned defence they’ve kept six clean sheets in 11 games (with only Man City and Chelsea conceding less) yet have conceded two or more four times. It’s all or nothing for the Reds at the back even with Virgil van Dijk around.

So we’ll find out on Saturday if this recent run of conceding goals is a blip or a major cause for concern, but it had been coming – throwing away a two-goal lead against Brighton after almost doing the same against Atletico Madrid showed that maybe focus is the issue at times.

Liverpool have no problems scoring goals, having bagged in every game since Fulham back in March, but having played nine different combinations in midfield, the engine room is where Klopp faces his main headache.

Injury concerns are mounting up again too, which will be a worry for an ageing squad. Roberto Firmino is out, which is a big blow considering how much he loves scoring against Arsenal and how integral he is to that famed Liverpool front three.

Sadio Mane could play but has a rib injury and while Diogo Jota is a fine player in his own right, fielding Divock Origi alongside him and Mohamed Salah is definitely not ideal.

Arteta may have just found the right formula at last at Arsenal and if he can engineer a victory to actually move above Liverpool in the table then even the most angry of Arsenal fan on Twitter may have to accept that he’s doing a good job.

Their eight-game unbeaten run is their longest since Unai Emery’s 14-game sequence back in December 2018, but this is the ultimate test in a fixture they’ve lost the last five times when conceding at least three goals in every single game.

Arsenal’s recent run has been built on defence, especially away from home where they’ve registered six clean sheets in their last nine and three in a row. At Anfield, Arsenal have conceded 28 in the last eight games since their last clean sheet – it would be some statement to keep out even a depleted Liverpool forward line.

This is a huge step up from anything they’ve managed though, with four of their six wins coming against the current bottom five and beating only Spurs in the top half of the table – the Gunners have been comfortably dealt with by Man City and Chelsea so this is the perfect yardstick to see if and how they’ve developed.

West Ham and Brighton have both shown different ways to get at this Liverpool side in recent weeks – with the Hammers doing all their damage on set pieces. They had just three corners yet scored from two and hit the bar from the other.

So set pieces could be key at Anfield if Arsenal manage to stem the Red tide coming their way – but that works on both sides as while the Gunners are vastly improved this season with six goals from set plays, the one team that can match then with six is Liverpool.

Brighton’s route to glory was a quick transition and moving the ball forward through and behind Liverpool’s midfield, which was crucially without Fabinho that day. The Brazilian makes all the difference when fit and on form and Klopp has really struggled for continuity in the middle of the park this season due to injuries.

Jordan Henderson has been in and out, both physically and with his form, Harvey Elliott is out after a promising start while Curtis Jones and Naby Keita have also had their injury problems – as has Alex Oxlade-Chamberlain.

Kostas Tsimikas has largely impressed as Andy Robertson’s understudy but this will be his toughest test yet if he plays due to the Scottish defender’s hamstring – with Arsenal likely to attack through ball carriers Emile Smith Rowe and Bukayo Saka. Liverpool create plenty out wide, through Trent Alexander-Arnold in particular, and that’s another key battleground.

Arsenal’s resurgence is impressive, but it’s hard to envisage them keeping Salah, arguably the best player in the world right now, from scoring against them yet again. Salah’s got seven goals (and two assists) in nine games against the Gunners and four in in four at Anfield.

Around 1.875/6 for Salah to score again on the exchanges is the best you’ll get and around 4.57/2 with Bet Builder to score and assist.

Klopp’s side have usually rebounded well from setbacks and also have a decent record after the international break, so being heavy favourites here is fair enough, while the sheer volume of goals in this fixture means plenty will be going high again.

The expected battle between Alexander-Arnold and Smith Rowe should be a cracker going both ways, and they’re both capable of making an impact. Alexander-Arnold is so good at creating goals these days he’s only 2.77/4 to get an assist here – while we keep trying to remind ourselves he’s playing at right-back!

An OddsBoost of 4.03/1 on Trent having a shot on target from outside the box also appeals, while Smith Rowe’s price of 2.47/5 for a shot on target is worth taking even in this big game. Liverpool have been very generous of late and the new England man has hit the target in 10 of his 12 starts this season.

They’re great for inclusion in your Bet Builders but also in our week of Game of the Day specials we have another scoring double picked out that’s been generously enhanced by the Betfair traders.

Jota, like the other Liverpool forwards, has a soft spot for Arsenal as well, having scored his first Liverpool goal against them at Anfield in this fixture last season before scoring twice at the Emirates back in April – so he knows what it’s like to bag a brace against the Gunners.

The Portuguese has scored six goals this season when being in and out of the team but with Firmino out knows he’ll get a few games. It wasn’t great against West Ham but he still had chances and he’s always looked dangerous – hitting the target at least twice in five games and watching his display you just feel more goals are coming.