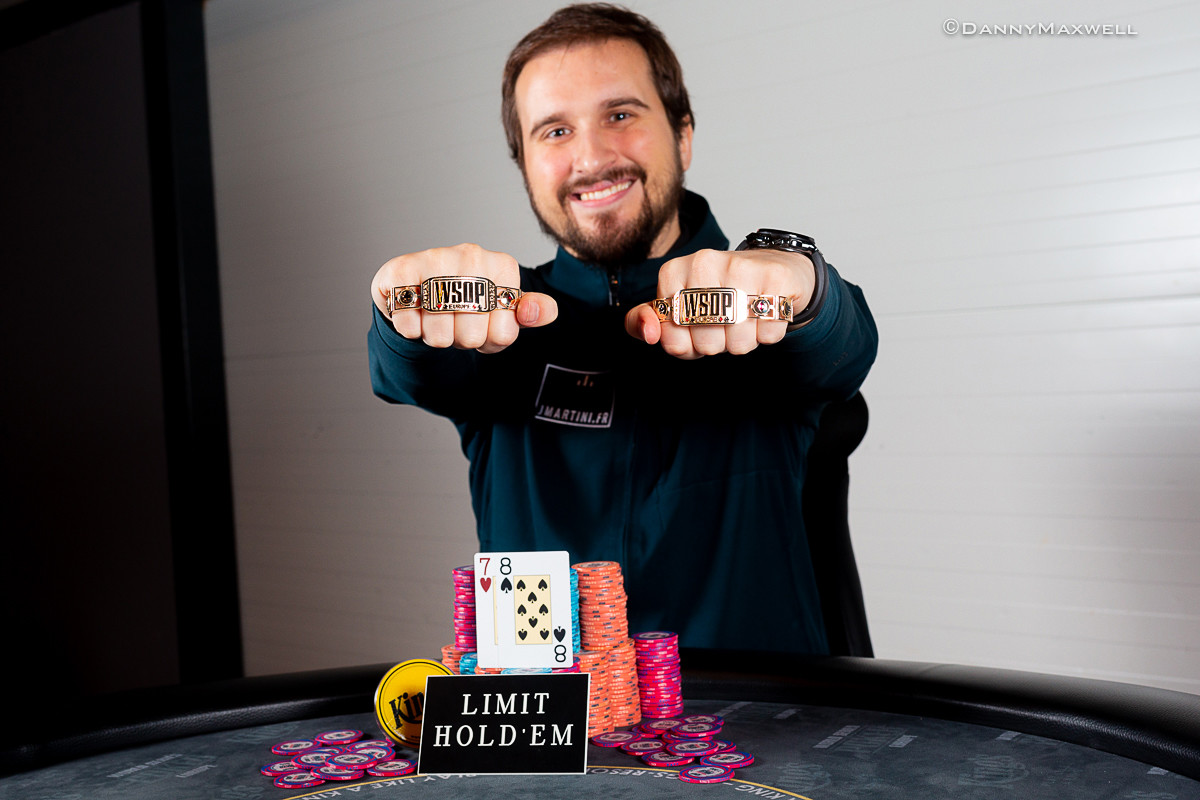 Less than three days after winning the second WSOP bracelet of his career in Event #8: €2,500 Short Deck, Julien Martini has won his third after defeating Ole Schemion heads-up in Event #12: €2,000 8-Game.

The result means that Martini moves ahead of Bertrand “ElkY” Grospellier and Roger Hairabedian to become the only French player with three WSOP bracelets.

Just ten players returned for the final day, all having locked up €3,158. It took mere minutes to reach the final seven after Borja Gross, Roland Israelashvili and Max Pescatori all hit the rail in quick succession.

There was barely any change in the leaderboard, with Schemion still in the lead, and he moved further ahead with the elimination of Grzegorz Wyraz in seventh.

Now over a million, Schemion continued to build up a head of steam and despite a double from Nicolas Bokowski, he retained a huge advantage over his nearest competitor.

Artan Dedusha and Symeon Alexandridis both made their exits before a crucial double from Martini saw him draw level with Schemion at the top of the counts.

Short-stack Mikkel Plum would bust in fourth, as Martini and Schemion continued their battle at the top. Bokowski tried in vain to gain ground on his opponents, but would eventually fall in third after running a set of aces into Martini’s rivered flush in Pot-Limit Omaha.

Martini’s lead extended over the course of heads-up play, with Schemion failing to gain traction on his French opponent. The last chips went in during Limit Hold’em, with Martini eventually coming out on top.