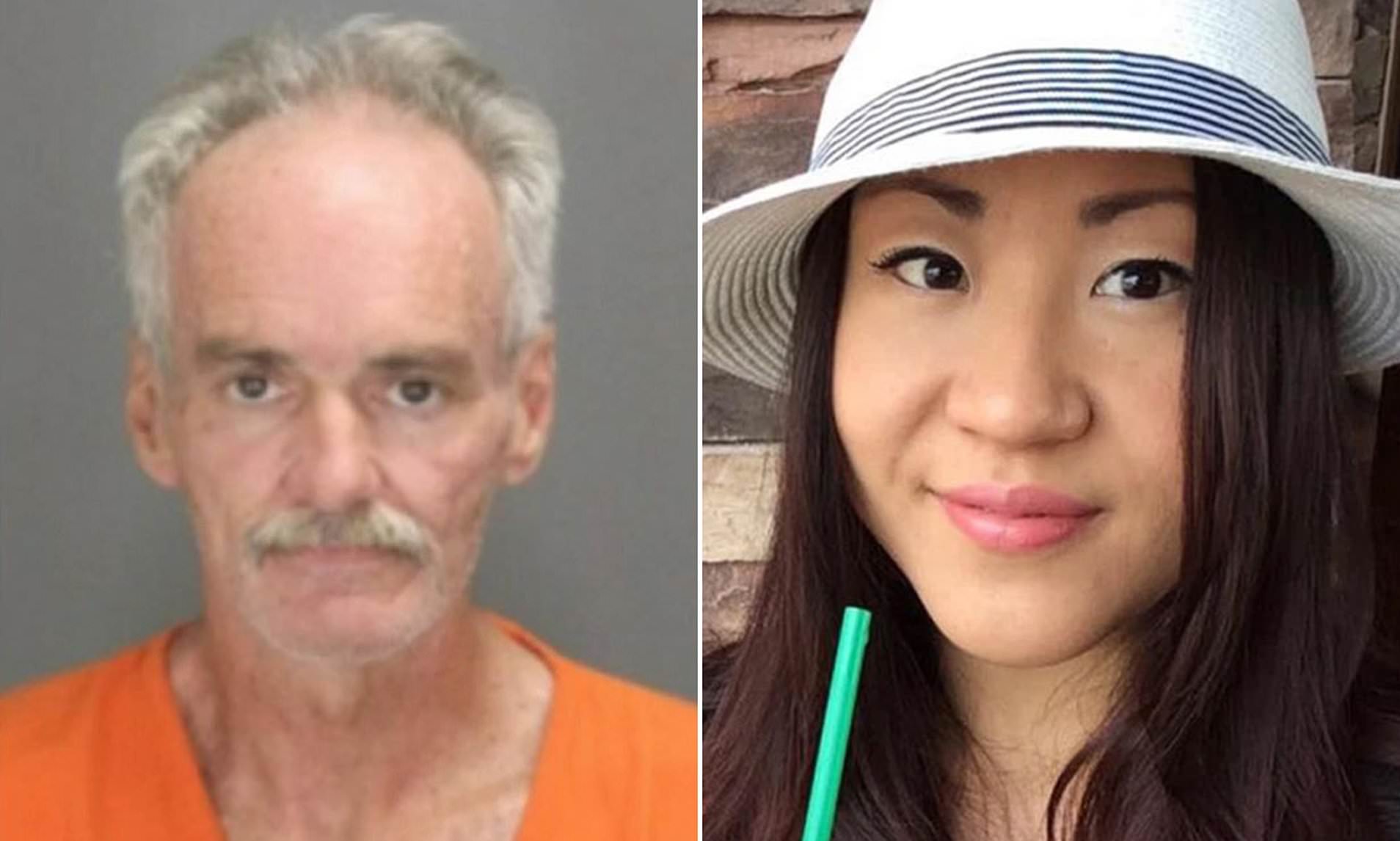 Jeffrey Morris, left, was obsessed with violent pornography and acted out his sick fantasies on Susie Zhao, right, prosecutors said. The jury took less than an hour to convict him of first-degree murder. (Image: Daily Mail)

The 30-year-old’s badly charred body was found in secluded parkland northwest of the city of Pontiac in July 2020. Zhao had been zip-tied, sexually assaulted, doused in gasoline, and set on fire.

The presence of soot in her airways suggested she had been burned alive, according to testimony from the medical examiner. She also had extensive damage to her genital area caused by blunt force.

Prosecutors argued that cellphone records linked Morris to the crime, showing his phone and Zhao’s were together in the hours leading up to the murder. Investigators tracked the two devices from the Sherwood Motel in Waterford, where Morris had rented a room, to the area where Zhao’s body was found.

The jury also saw video evidence from a store where Morris may have stolen zip ties and petroleum jelly prior to the killing. Separately, a gas station owner testified that he sold Morris a jerrycan of gasoline not long before Zhao was murdered.

There was also home security footage showing Morris’ car pass by a residence half a mile from the crime scene at roughly the time of the murder. It returned in the opposite direction seven minutes later.

Morris had made thousands of internet searches related to sadistic sex involving kidnap and violence against Asian women. He also looked up pornography that involved encounters in secluded wooded areas.

In his closing argument, lead litigator John Skrzynski described the defendant as “a killer and a liar, a liar and a murderer, a liar and a pervert,” and someone for whom sex “is violence, is death, is inflicting pain, it’s cruel,” as reported by The Oakland Press.

Morris’ defense team argued that much of the evidence against him was circumstantial, and therefore his guilt could not be proven beyond reasonable doubt.

But it took the jury less than an hour to convict Morris on one count each of felony murder and second-degree criminal sexual conduct.

He faces mandatory life imprisonment when he is sentenced next month.

Born in China, Zhao grew up in Michigan, where she had returned during the pandemic after a decade as a professional poker player in California.

She had net career tournament earnings of $224,671, according to the Hendon Mob Database, but she was predominantly a cash game player. She also was a much-loved figure on the California poker scene, where news of her murder was met with shock and disbelief.

At the time of her death, she was suffering from schizophrenia, according to court records.