Kane should have seen red for ‘stupid’ challenge

Harry Kane was lucky not to get sent off against Liverpool, he was stupid to make that challenge and he deserved to see red. I was a striker and I know how things can be in the heat of the moment when you go strong into a tackle, but you have to stay focused.

I can understand it, sometimes, even with a good intention a tackle like that can turn out bad. I don’t know how he didn’t get a red card. It was a big game and he had just scored an important goal and the emotions were running high, I know that feeling, you are full of adrenalin and full of confidence.

When you are in this moment on the pitch you feel like you can do anything, you feel invincible and feel like you can score another goal or make the perfect challenge, but that’s not always the case and it can end up with a bad tackle, like what happened with Kane. He was lucky and he got away with it.

Did you back any of the below markets in Spurs v Liverpool?

#Varbatov thinks Harry Kane should have been sent off so we’re paying out pre-match singles and multis on all three! pic.twitter.com/MjqBbP6mda

Passion is back at Spurs but finishing needs to improve

It was really pleasing to see the passion and fight in the performance against Liverpool. It’s a different approach towards the games, there’s more discipline. They still have a lot of work to do but Antonio Conte‘s style is beginning to show and it paid dividends in the match against Liverpool.

I thought the performance was OK but, if Spurs had taken their chances in front of goal, it would have been a totally different result in the end.

They have to be consistent in front of goal, you expect Kane and Son to finish off chances and against Liverpool they had plenty of opportunities to score. That was the only frustration I had, to get those chances against Liverpool, you have to take them no matter what.

I’m 100% certain that they had a lot of regrets in the dressing room after the match. They had so many clear chances to score. These are world class players and they had to score those chances. 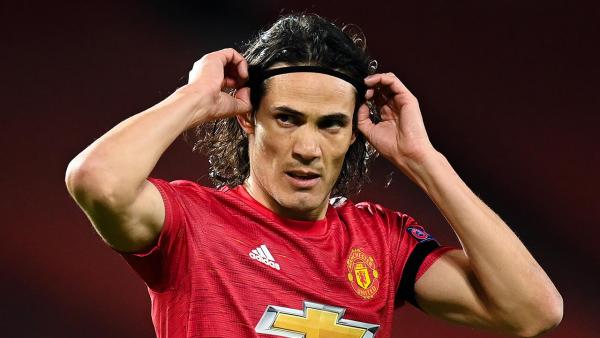 Despite a good season last time out, Edison Cavani hasn’t played enough. When someone like Ronaldo comes into the club, he takes all the spotlight, he plays every game and in the world of football this happens.

It’s not a fair situation because Cavani did so well for the team last season, he earned a new deal but Ronaldo has taken his place in the team and we are where we are.

If there’s a chance for Cavani to leave the club, if there is a chance to join Barcelona, then of course he will be thinking about taking it to get more football.

If he will get more game time in La Liga then I will support him and say ‘go there and play, it sounds like a great deal, great money and you’re not 24 anymore’.

Barcelona need a striker, and it all depends on what Xavi wants from his team and how he is going to play. but if they are short on power upfront, I can see Cavani going there, not playing every single game, but he will be a solid addition and will score goals because that’s what he does wherever he goes.

Moving to a new league when you’re an older player is a challenge, you think about what to expect, if it is worth it, you will ask friends and colleague that have played there how they train, what the football is like and then you will make the decision.

In my case when I moved to Monaco I think it was the right decision, although I didn’t want to leave England, you have to step out of you comfort zone and face challenges head on.

I didn’t regret it for one minute because I had a great time there. Hopefully, Cavani will have the full details about Barca, how they train, how they prepare and what they expect from him and then he will make a decision. Whatever it is, Barca is Barca, and when they come asking for you of course it’s difficult to say no.

With Cavani not playing at United it’s an easy decision.

Caesars and EBCI to Build a $650M Casino in Virginia