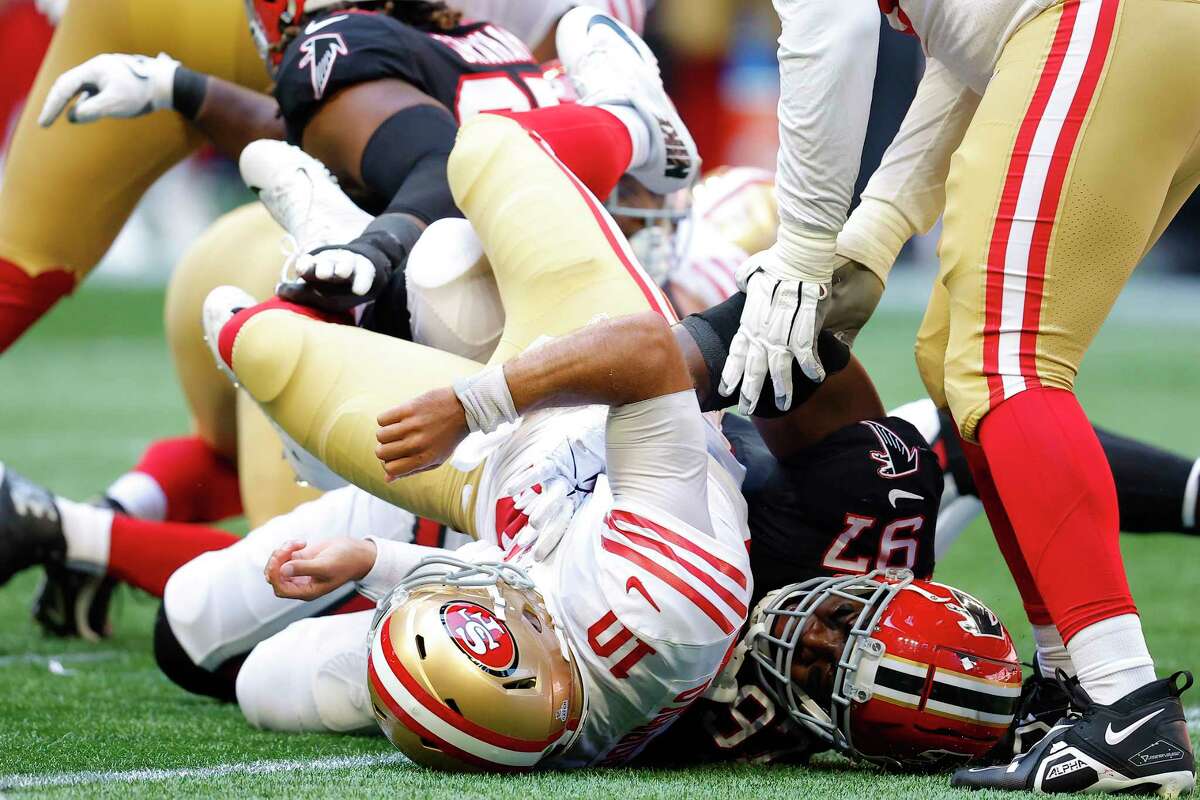 The Kansas City Chiefs are headed west to face the San Francisco 49ers today for NFL Sunday, ready to add another notch to the win column. It’s going to be a tough battle for sports bettors as well.

However, San Francisco has some new talent this time. The Niners have to contend with several injuries, but just added running back Christian McCaffrey after the Carolina Panthers realized they couldn’t keep up with him.

Time For a Rematch

The last time these teams met was in Miami, FL, on February 2, 2020. That day, San Francisco led by 10 points in the fourth quarter before QB Patrick Mahomes deftly orchestrated three touchdown drives. As a result, QB Jimmy Garoppolo and the Niners’ offense fell with a 31-20 loss.

The main thing in each game for Garoppolo is not to make mistakes. Things didn’t go too well against the Atlanta Falcons last week, and he faces a tougher defense today.

The NFL celebrates National Tight End Day every year on the fourth Sunday of October. This time, two of the best in the league will show off their skills. The Chiefs’ Travis Kelce has caught 41 passes for 455 yards and seven touchdowns, while the 49ers’ George Kittle has 182 yards after 19 receptions.

The Super Bowl LIV story was painful for the 49ers, and although they’ve recovered, they want this matchup for a number of reasons. A win would give them more strength in the NFC and show that they can take on the best. Both teams are considered playoff contenders, but a loss here really starts to put that team behind the eight ball.

Kansas City has won four of its last five meetings in this rivalry, including that Super Bowl victory. However, the Niners are going to be a different team today. They’re on a 5-0 run at home against the Chiefs, and today’s the day for Garoppolo to shine.

Despite the Giants 5-1 record, the Jaguars are favored to win today. Defensive coach Wink Martindale has called the most blitzes in the NFL with 92, and he’s likely to target QB Trevor Lawrence repeatedly today.

However, Martindale’s plan may backfire. Lawrence has performed better under pressure, completing 67.3% and scoring three TDs while facing a sack. He’s also thrown just one INT when trying to avoid a takedown.

These two have met seven times, with three wins for the Giants and four for the Jaguars. The Jags have won three of the last four games played between these two rivals, while the Giants have not won since November 2010.