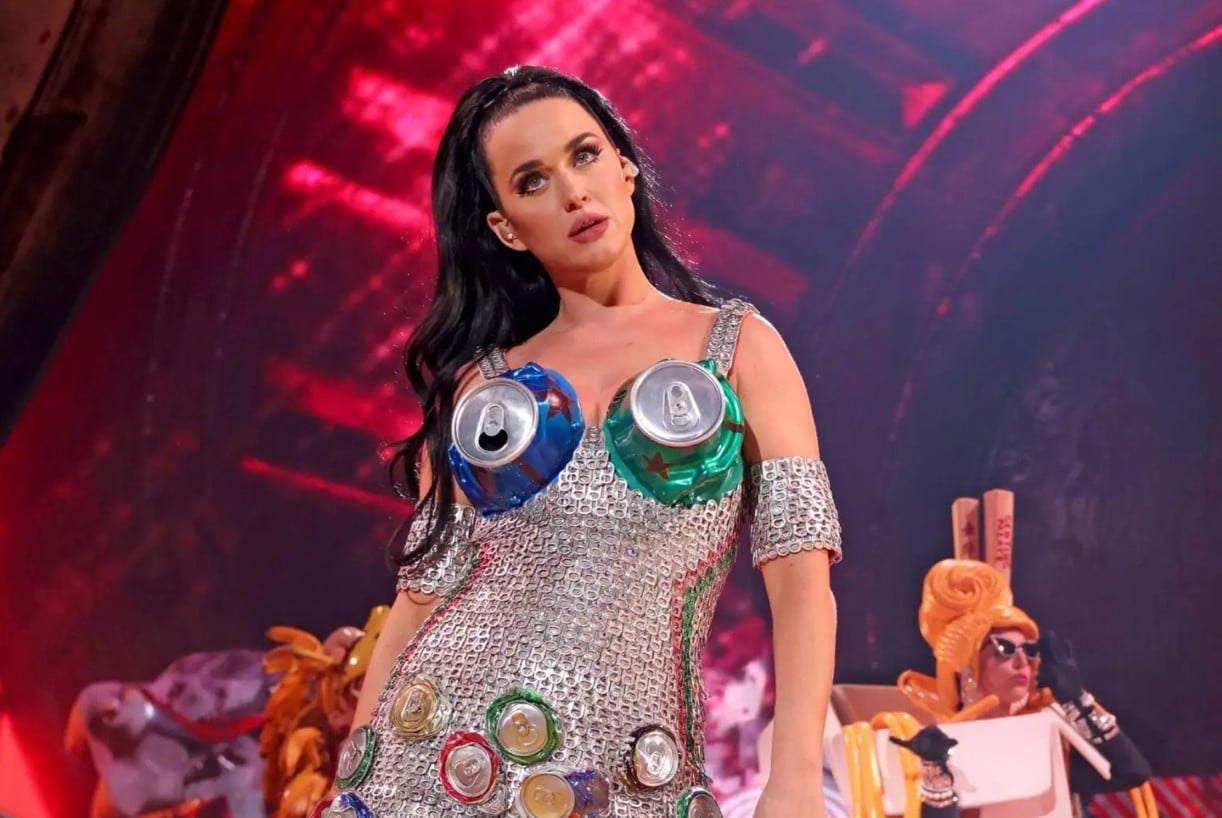 Katy Perry performs her ‘Play’ residency at Resorts World Las Vegas. Her aunt, a former showgirl, once occupied the stage at the Stardust, which was imploded near the spot Resorts World was built. (Image: Getty)

Perry — who kicked off her residency on Dec. 29, 2021 — made the announcement via a video she uploaded to Instagram Thursday. In it, she described her show’s set list is “a fun [stroll] through memory lane going all the way back to 2008.” She added that it was “a nonstop party about finding unconditional love and strangely (for me) not political at all.”

“You don’t have to take mushrooms to feel like you’re on mushrooms when you watch this show,” Perry told Rolling Stone earlier this month. “Believe me, it’s got all the nostalgia factor, but it is wrapped up in this ‘Alice in Wonderland’ mushroom trip animated story of finding true love and self-love.”

Perry, 38, also made reference to a creepy eye glitch during her Las Vegas performance on Saturday night, which freaked some fans out when it was posted to social media. A few even accused her of being a cyborg. In the clip, Perry’s right eye seemed to open and close uncontrollably.  Turns out, it was her attempt at a parlor trick.

“Welcoming all my #flatearthers #spaceisfakers #birdsarentrealers #skyisntbluers to come see my broken doll eye party trick IRL in Vegas next year! ,” she captioned a video of the moment that she uploaded on Instagram Thursday.

Perry has family ties to Las Vegas. As reported by the Las Vegas Review-Journal, her father, Maurice Hudson, was a limo driver in the city for 25 years. He met her mother, Mary Hudson, while she was working in town as a freelance reporter for ABC-TV. They married in Las Vegas. Both are now Pentecostal  ministers in Santa Barbara, where they raised Katy.

The family’s Vegas ties don’t end there. Turns out, Perry’s aunt was a showgirl, and her grandmother a seamstress. Both worked for “Lido de Paris” at the Stardust, site of today’s Resorts World.