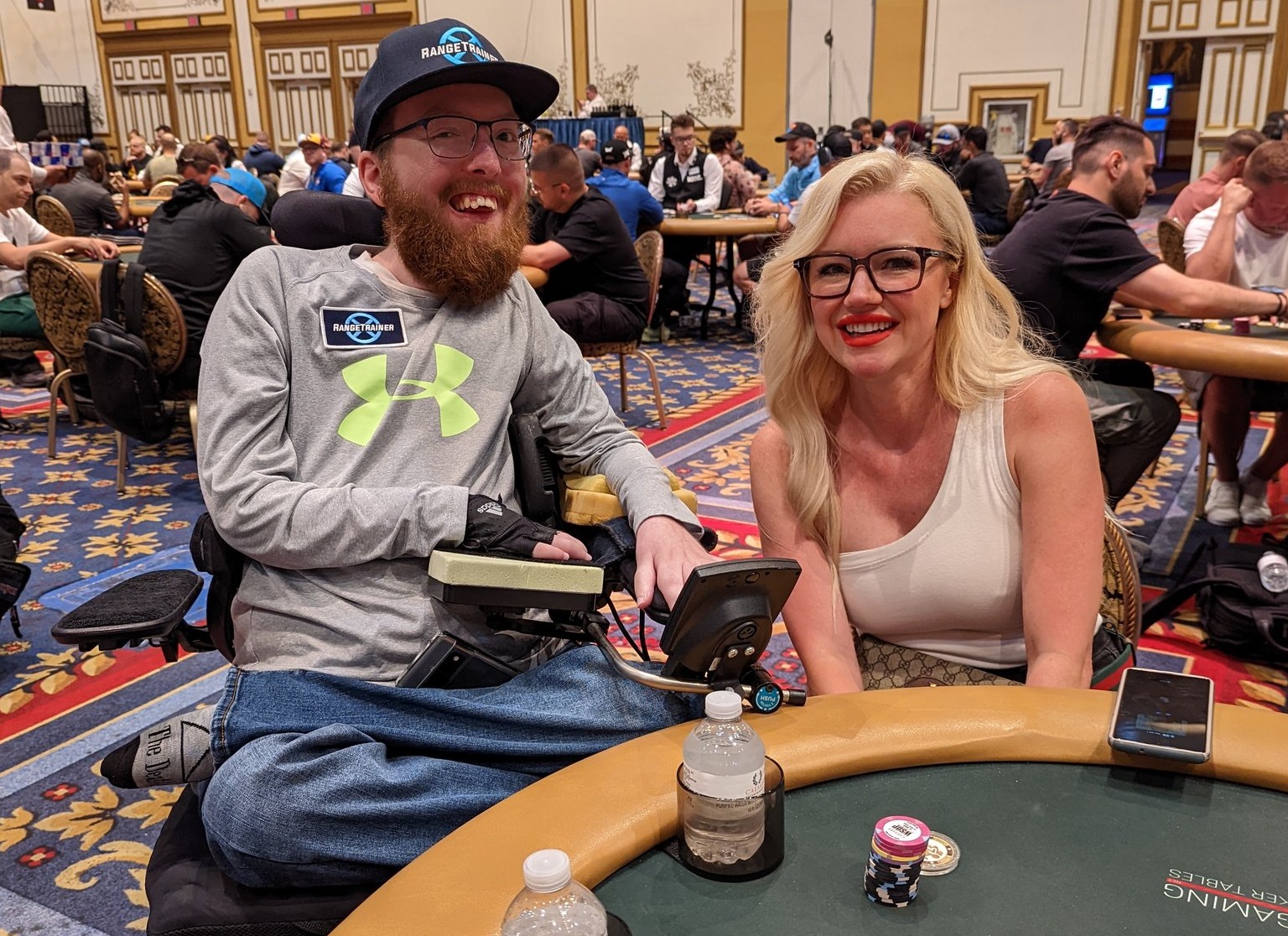 Poker is supposed to be a more inclusive sport than most, but that doesn’t mean players are immune from discrimination at the table. Kenneth “K.L.” Cleeton claims to have experienced as much this week at the WSOP, where at least one player complained about delays related to the player assistant by his side.

The co-founder of Range Trainer Pro rose to poker prominence after cashing in the 2017 WSOP Main Event. Paralyzed from the neck down, Cleeton had an assistant at the table to help him handle his chips and cards.

Cleeton explained on the CardsChat podcast in March how an assistant at the table helps make his and other players’ experience more enjoyable. However, in the 2022 WSOP $5,000 Six-Max event, poker pro Kitty Quo began arguing otherwise. The disagreement spilled over onto Twitter, but before it could become a social media feud, Kuo apologized.

What happened between K.L. Cleeton and Kitty Quo

Cleeton told CardsChat that the problem occurred when a dealer in the six-max event accidentally dealt in Cleeton’s assistant, his dad.

“It sometimes happens by accident,” Cleeton said, “and we just remind the dealer that I’m the player and he is the assistant.”

“That was never going to happen,” Cleeton explained, “so [Kuo] said that, if the dealer’s mistake happened again, she was going to talk to the floor.”

Cleeton took the initiative at this point and spoke to a floor manager. Kuo repeated her request for a seat change for Cleeton’s assistant, but the floor “indicated that was not going to happen.” Kuo was moved to a different table a short time later.

CardsChat reached out to WSOP officials for further explanation of WSOP rules for tournament assistants, but had not heard back by publication time.

Kitty Kuo often speaks her mind on Twitter and we can now assume that the tweet below was in reference to the incident with Cleeton.

Please add iPad time bank up to buy in @WSOP 5k please
This is insane slow at 6max pic.twitter.com/vit75knDAK

She then extended her rant to a series of complaints about the WSOP:

Dear @wsop
Pls prepare next year
1. Training dealers well
2. Poker room temp is way too high
3. When players out, there is iPad at table, good system for pay out
4. Make sure when players try to be
asshole to girls , pls doing something pic.twitter.com/At74gBmgT4

Many poker fans weren’t sure what prompted Kuo’s commentary. It started to become more clear when Cleeton responded with his own grievance about the situation.

Poker is for everyone and treating someone like an “other” because of the need for an assistant is not okay.

Be a reason the game grows, not a reason it shrinks.

A number of poker pros rallied around Cleeton in support, including Veronica Brill:

“This makes me insanely frustrated that someone could treat you like she did,” Brill tweeted.

In 2020, Brill set up a GoFundMe campaign that helped Cleeton buy a new van that got him to this year’s WSOP. Traveling by plane from his native Illinois to Las Vegas is difficult for people who use wheelchairs similar to Cleeton’s. The campaign raised more than $53,000 that went toward a specially adapted vehicle.

Brill has also acted as Cleeton’s assistant during certain WSOP events, which is why she’s been actively tweeting her contempt for the treatment he received this week.

5. Make sure when players try to be assholes to disabled players, pls do something https://t.co/joeGz62qAk

Brill followed up with a tweet of her own, informing her followers that Jadavji, aka “Spicy,” didn’t make the comment, but may have seen what went down.

Now we all know who was mean …hint it was not spicy https://t.co/HEjFNzzi47

Cleeton is clear that the treatment he received was not only out of line, but problematic for poker as a whole. In his view, abuse of anyone, regardless of whether or not they have a disability, will deter people from playing. “Be a reason the game grows, not a reason it shrinks,” Cleeton concluded in his tweet.

Kuo has since apologized following the backlash. She has even offered to give Cleeton 3% of anything she wins in the WSOP Main Event as a gesture of goodwill.

I am sorry to @highhands89, please forgive me and accept my apology. I can give u my @wsop main event 3% for free to my apology.