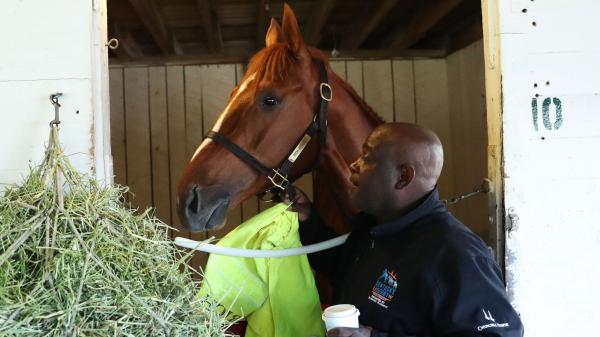 Kentucky Derby Presented by Woodford Reserve winner Rich Strike will bypass the May 21 Preakness Stakes at Pimlico Race Course in favor of a run in the June 11 Belmont Stakes Presented by NYRA Bets at Belmont Park, owner Rick Dawson announced May 12.

“Our original plan for Rich Strike was contingent on the Kentucky Derby,” Dawson said in a release. “Should we not run in the Derby, we would point toward the Preakness; should we run in the Derby, subject to the race outcome and the condition of our horse, we would give him more recovery time and rest and run in the Belmont or another race and stay on course to run with five or six weeks’ rest between races.

“Obviously, with our tremendous effort and win in the Derby it’s very, very tempting to alter our course and run in the Preakness at Pimlico, which would be a great honor for all our group, however, after much discussion and consideration with my trainer Eric Reed and a few others, we are going to stay with our plan of what’s best for ‘Ritchie’ is what’s best for our group, and pass on running in the Preakness, and point toward the Belmont in approximately five weeks.

“We thank the wonderful Preakness and Pimlico folks that have reached out to us and very much appreciate the invite.”