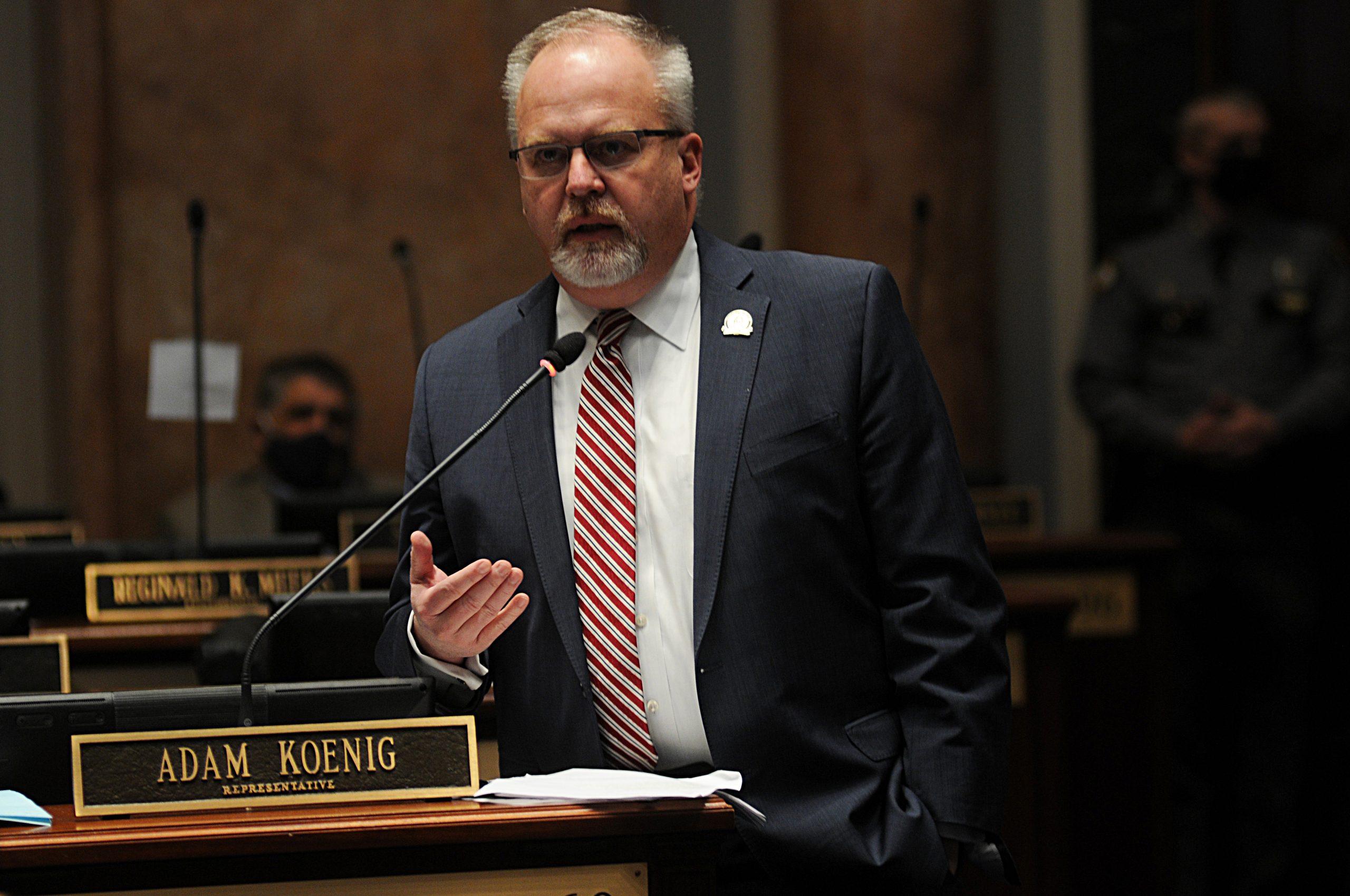 Another bill is in the works for the 2022 General Assembly session, which started on Tuesday. But while there’s hope, there’s also some frustration, too. That was evident as he spoke with Casino.org from his legislative office on Monday night, just hours before the new session began.

I don’t understand why it hasn’t passed yet,” he said. “So, there’s reasons for hope. But my expectations are not high because I’ve been burned before.”

Two years ago, Koenig’s bill passed unanimously in the House Licensing, Occupations, and Administrative Regulations Committee, which he chairs. It passed in the second week of the 60-day session and went to the House floor, with 41 of Koenig’s 99 colleagues in the chamber co-sponsoring it.

There, it withered on the vine, as opponents of expanded gaming filed numerous amendments to the bill. Two months later, toward the end of the session, the bill went back to the committee, ending its hopes.

A sports betting bill was filed during last year’s 30-day short session. However, the legislature’s gaming focus zeroed in on ensuring historical horse racing (HHR) was legalized. That’s after the state Supreme Court issued an opinion saying the Kentucky Horse Racing Commission did not have the authority to create a new pari-mutuel game. The racing industry pushed for the legislation because revenue from the slots-like HHR machines has helped revitalize horse and harness racing in the state.

As the Kentucky General Assembly convenes, it comes as another of Kentucky’s neighboring states has just signed off on legalizing sports betting.

Ohio lawmakers passed their bill last month and Gov. Mike DeWine signed it into law. With it, Ohio became the 33rd state to allow sports betting and, for all practical purposes, put Kentucky on an island surrounded by sports betting states.

Illinois, Indiana, Ohio, West Virginia, Virginia, and Tennessee all allow sports betting – or in Ohio’s case, will allow it later this year. All of them allow statewide mobile betting. Missouri is the only state bordering Kentucky that doesn’t allow it, but there’s no bridge to get from Kentucky to Missouri. You have to drive through Illinois or take a Mississippi River ferry to get to the Show-Me State.

And operators in those states are more than happy to welcome Kentucky bettors.

Last month, at the 47th Annual Global Symposium on Racing at the University of Arizona, Indiana Grand Vice President and General Manager of Racing Eric Halstrom talked about the success of its off-track betting parlor in Clarksville, Ind.

The Winner’s Circle OTB is located in a modest strip mall that doesn’t even face the street. However, it’s only two miles north of the Ohio River and just off the interstate.

According to the IGC’s November revenue report, the Clarksville OTB reported a handle of $3.9 million and generated revenues of $796,079. The handle ranked fourth among the 14 brick-and-mortar sportsbook locations in the state, and it also outperformed some mobile apps, including theScore.bet and TwinSpires.

Of the 26 mobile and retail entities, only five had a greater unofficial hold than Clarksville’s 20.5 percent.

Kentucky does not have sports wagering, and I hope (they) never get it… People are coming there from Kentucky and they’re betting on sports, but they’re also betting on the races if you give them a chance,” Halstrom told the audience at the symposium.

Koenig, who has said a sports betting bill would pass if it were put on a secret ballot, is not the only lawmaker who publicly supports it. Senate Majority Floor Leader Damon Thayer, R-Georgetown, said last weekend on WKYT’s Kentucky Newsmakers that “it’s just a natural extension” to pari-mutuel horse racing, which has been legal in the state for more than a century.

But Thayer pointed to the opposition the bill faces from ardent religious conservatives representing rural districts as a major obstacle.

“I think we should pass it,” Thayer said. “I hope we can pass it this year, but don’t know that we will. Sometimes, I feel like we’ll be one of the last states to pass it.”

Religious conservatives make up a major part of the legislature in both chambers. Republicans also hold large majorities in both.

There are 100 seats in the House, and Republicans now hold 75 of those. They hold 30 of the 38 Senate seats. If you go by the Hastert Rule, then you’d need a minimum of 38 GOP House members and 15 of the Republican senators behind the bill. Going back to 2020, when the Republicans held 62 seats, Democrats made up 30 of the bill’s 41 cosponsors. In the November 2020 election, 10 of those Democrats either chose not to run again or lost re-election.

What may also hurt sports betting’s chances in the legislature is that Democratic Gov. Andy Beshear supports expanded gaming. It was a major part of his platform when he eeked out a victory over then-incumbent Matt Bevin in 2019.

What’s Likely in the Bill

His frustrations aside, Koenig told Casino.org he’s looking forward to filing the bill. He thinks, though, it will be a little later in the session. The first week of the session has focused on finalizing new legislative districts for upcoming elections.

The General Assembly is scheduled to adjourn in mid-April. The last day to file a bill in the House is Feb. 25.

Those bills have called for race tracks to offer retail and mobile sports betting, with gross revenue taxed at 9.75 percent for retail bets and 14.25 percent for online wagers. On the retail side, an additional .5 percent tax would go to racing development funds.

Under that tax plan, proponents believe the state can generate more than $20 million annually in revenue.

There has also been a provision for professional sports venues holding at least 50,000 people to get a license. That allowed the Kentucky Speedway to pursue a license. However, the auto track has not held a NASCAR race since 2020. Koenig said that will likely need to be addressed in a new bill.

Past bills set the license fee at $500,000 and annual renewals at $50,000. Those proposals have also set the minimum age at 18 years old, and required an 18-month in-person registration period for a mobile account. That means in order to wager on a mobile application, a bettor would first need to physically go to the track partnering with the mobile app they wish to use, and show proof they are of age to bet.