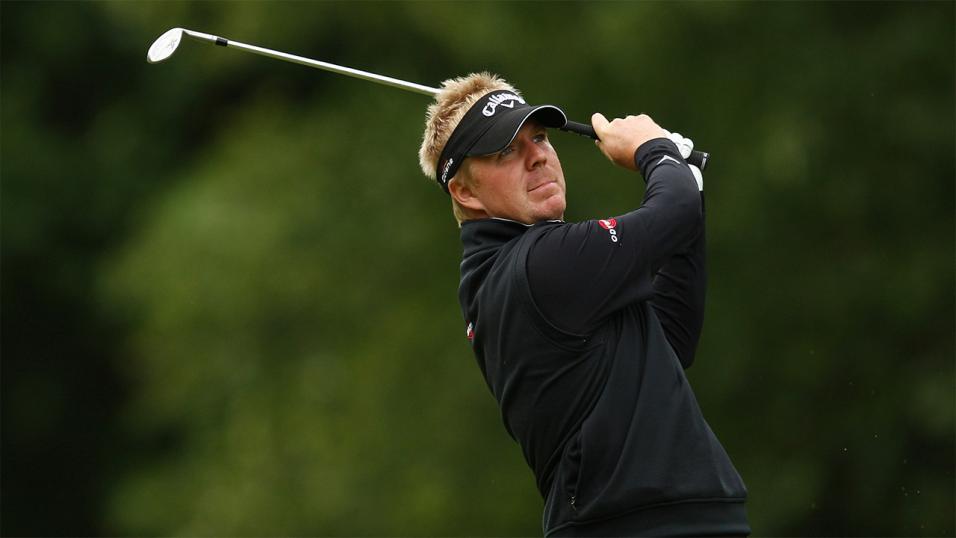 The Magical Kenya Open has been in existence since 1967 and it was won by some big names in the early days with the likes of Seve Ballesteros and Ian Woosnam both taking the title.

It was a mainstay on the Challenge Tour from 1991 but it switched to become a DP World Tour event for the very first time three years ago, although the 2020 edition was cancelled due to the pandemic.

After two editions at Karen Golf Course in Nairobi, the tournament remains in the capital, moving north to the Muthaiga Golf Club.

Positioned to the north of Nairobi and on the edge of the Karura Forest, Muthaiga Golf Club is a tree-lined track with water in play on numerous occasions.

Muthaiga started life as a nine-hole course in 1913 with the second nine being added in 1926.

The front nine is laid out across undulating terrain and the back nine is routed around several man-made lakes.

The course was renovated in 2004-05 by Peter Matkovich when the greens were all changed to bent grass and the par three 13th over water is considered the signature hole.

Muthaiga hosted the inaugural Kenya Open in 1967 and it’s staged the event 40 times in total. The last occasion being in 2018 when Italy’s Lorenzo Gagli beat Jens Fahbring in a playoff after both men had reached 11-under-par.

Although the course measures almost 7,200 yards, it won’t play that long as Nairobi is around 1800 metres above sea level and the ball travels further in the thinner air.

Live on Sky Sports all four days, starting at 10:00 on Thursday

What Will it Take to Win the Magical Kenya Open?

We don’t have any stats from the renewals staged here on the Challenge Tour but there are still plenty of clues.

There were emotional scenes here in 2017 when Aaron Rai won his first pro title with his Kenyan-born mother in attendance and on the strength of that victory, the shrewdies were onboard for his first European Tour win a year later at a similar venue.

Aaron Rai is embraced by his tearful Kenya-born mother as he wins the #BKO2017 pic.twitter.com/3I15PtGaqV

Rai followed victory here with a win in the Hong Kong Open at tree-lined Fanling and form at any tree-lined tracks should hold up nicely here.

As many as three Muthaiga winners – Seve Ballesteros, Ian Woosnam and Trevor Immelman – have won the US Masters at Augusta and back in the day, form at Wentworth has correlated nicely.

Seve and Woosie both won multiple PGA Championships at Surrey’s finest, and Immelman lost a playoff there in 2003. Guy Wolstenholme won the inaugural staging here but the 1974 Wentworth winner, Maurice Bembridge, won the next two editions and there are numerous examples of players placing at both venues.

The Fanling form may be a bit old now and there won’t be too many in this field that have played with regularity at Wentworth so other courses to consider are Valderrama and Crans-sur-Sierre. The host courses for the Andalucía Masters and the European Masters.

With the DP World Tour taking a bit of a break, anyone that’s ticked over elsewhere may hold an advantage.

It’s interesting to see that Marcus Kinhult has played and won in Spain on the Nordic Golf League and anyone that’s played on South Africa’s Sunshine Tour may be of interest here.

South African’s have a very good record at Karen Country Club and there’s no reason to think they wouldn’t thrive here also given how similar the venue appears.

Nairobi sits at just a shade under 1,800 metres which is around 50 metres higher than Joburg so anyone that’s fared well in the Joburg Open could feel at home here.

Jens Fahrbring lost a playoff here in 2018, having trailed by ten at halfway, and the 1997 and 2001 winners, Jorge Berendt and Ashley Roestaff, sat five adrift after 36 holes but the other 11 course winners since 1996 have all been inside the top-five and within four stokes at the halfway stage.

The last three course winners were all trailing with a round to go and bizarrely, 36-hole leaders have a better record than 54-hole leaders. Since 1996, 16 players have led or co-led at halfway and six went on to win, whereas only five of the 17 players to lead or co-lead after three rounds have been victorious.

Last year’s Tenerife Open winner, Dean Burmester, heads the market and when last sighted he was in fine form, finishing second on the Sunshine Tour in the Dimension Data Pro-Am a couple of weeks ago.

Burmester’s Tenerife win was his second victory on the DP World Tour but it was his first and only on any Tour outside of his homeland.

The 32-year-old South African’s is renowned for his length off the tee so this isn’t obvious venue for him but he was eighth in this event at Karen last year and that’s a similar looking venue.

The defending champ, Justin Harding, has been in great form of late, contending at both the Dubai Desert Classic and the Ras al Khaimah Classic at at around 16/1 he’s a fair price. 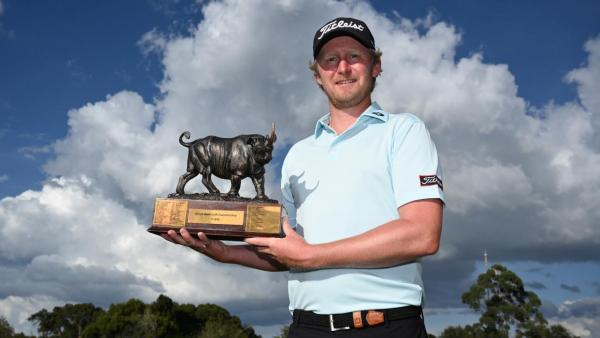 Unlike Burmester, Harding has played here before but his 63rd place finish ten years ago is hardly noteworthy.

Adri Arnaus is in fine form but he missed the cut here in 2018 and he’s yet to win on the DP World Tour so I’m happy to swerve him.

If he drifts, I may yet play Harding given his form, but my only wager to date here is one that was going to feature in the Find Me a 100 Winner column but as he’s been backed down to below 100.099/1 already there’s not much point in saving him.

Ross McGowan is one of those to have ticked along in South Africa over the last couple of weeks and his fourth-place finish in the Jonsson Workwear Open was very encouraging last week given he ranked first for Greens In Regulation and seventh for Putting Average.

The English veteran has played here twice previously, finishing 45th and 14th in 2017 and 2018 and that second effort was extremely eye-catching given he wasn’t in form at the time and that he sat tied for 76th after the opening round.

His second DP World Tour victory came in Italy two years ago, and with form at multiple venues mentioned above, most notable Crans, I thought he was too big at 150/1 with eight places up for grabs and he’s still a fair price at 100/1 if he can hold his form from last week.

I’ll be back tomorrow with the Puerto Rico Open preview.