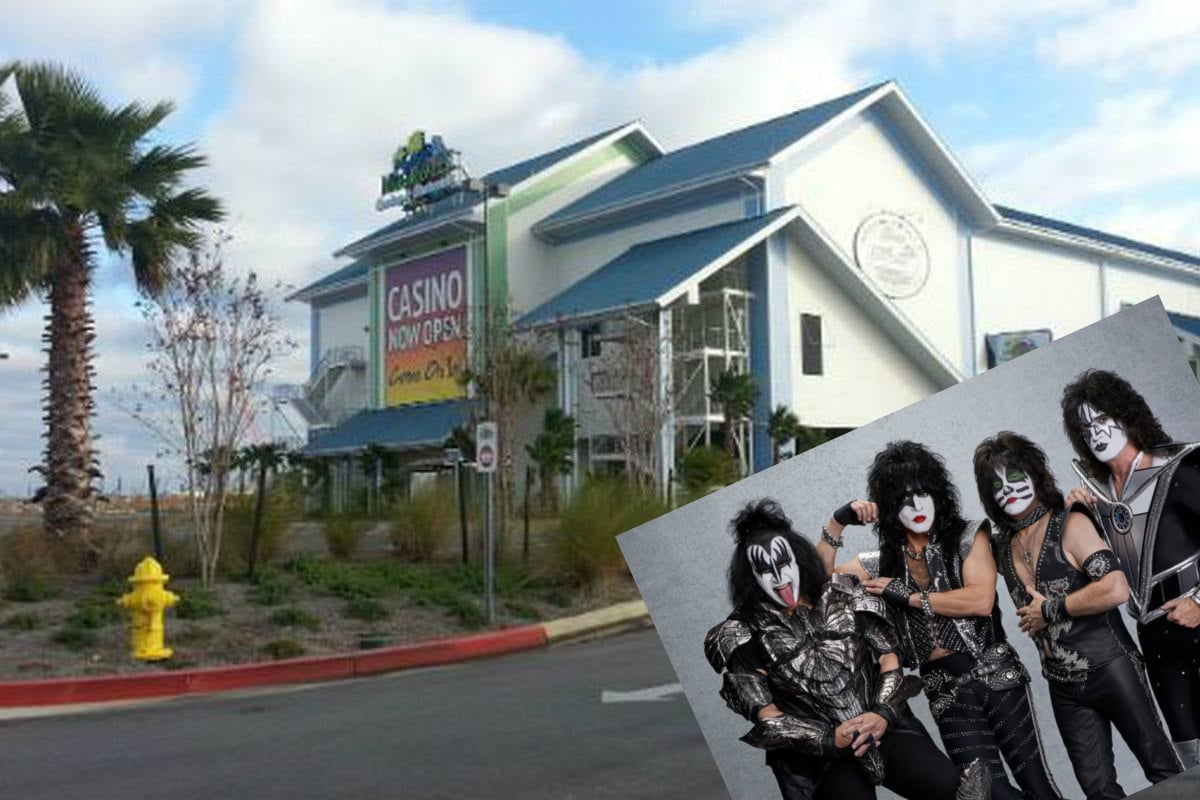 A $200 million casino project tied to American rock legends KISS remains on track despite development impediments caused by COVID-19 and the land where it is to be built recently listed for sale.

The Margaritaville Casino (pictured) has sat shuttered since 2014 in Biloxi, Mississippi. Efforts to bring a KISS-inspired casino to the property remain scheduled, so claims the developer behind the project. (Image: WLOX/Casino.org)

Local developer Tom Moore in 2020 reached a deal with the “Rock and Roll All Nite” icons to use their likeness and brand for a $200 million casino resort. The development, pitched as Rock & Brews Casino, is to replace the former Margaritaville Casino on the Biloxi Back Bay.

Speculation arose this week that the KISS casino was no more after the 10.1-acre property was listed for sale for $15.9 million.

The development is still moving forward and the city is working with us. The owner of the property has always had someone that’s had the property listed, so I still feel like we’re in a good place,” Moore told ABC/CBS affiliate WLOX.

The Margaritaville Casino closed in 2014 amid a dispute between the casino operator and then-landlord regarding a planned hotel. The quarrel led to a hotel never being erected. Mississippi’s casino laws require that gaming facilities be accompanied by lodging.

The disagreement was only part of the problem that led to Margaritaville’s demise. The location of the Back Bay casino remains isolated and disconnected from Rt. 90/Beach Boulevard — the main drag where Beau Rivage, Hard Rock, Harrah’s, and Golden Nugget casinos are located in east Biloxi.

Margaritaville subsequently moved to the Biloxi shore and opened a family-friendly non-gaming resort in June of 2016. The resort is the former Casino Magic.

The Margaritaville property was eventually sold in early 2019 to Arizona-based real estate firm RAM Group. Moore says he has an understanding in place with RAM to continue pursuing his $200 million casino undertaking despite no progress being made at the site for more than two years.

Moore has a most understandable excuse for development setbacks in the pandemic. He maintains that his company has a first right of refusal on any sale RAM seeks.

KISS members Gene Simmons and Paul Stanley co-founded the Rock & Brews restaurant chain in 2012. Today, the company has 17 locations, most of which are in California and Florida.

Moore has been quiet on KISS’ actual involvement with his casino project. But the band’s influence would be quite apparent.

Along with the casino and hotel, the original Rock & Brews Casino plan featured a 3,000-seat concert hall. That would almost double the seating capacity of Hard Rock Live!, which is currently Biloxi’s largest casino theater.

KISS recently wrapped up its latest Las Vegas Strip residency at Caesars Entertainment’s Planet Hollywood. The band is now on its “End of the Road World Tour.”