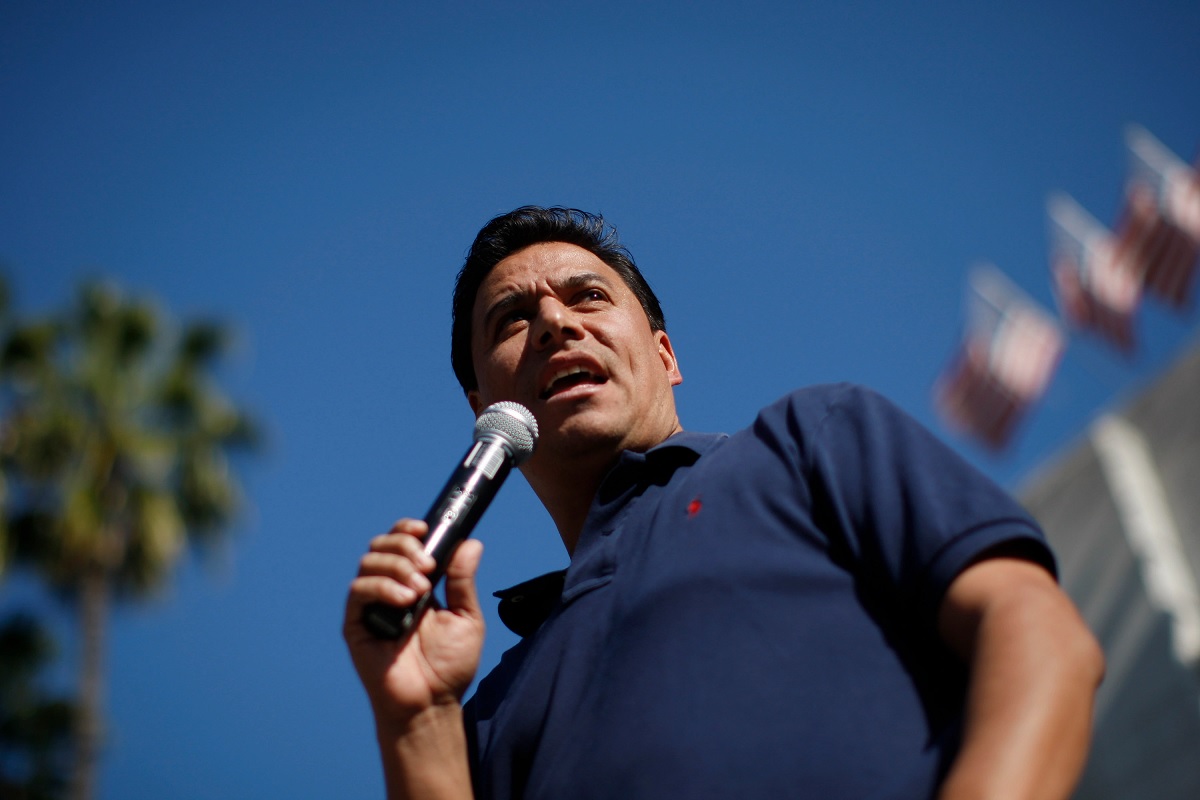 A federal judge in California has denied a motion by lawyers for disgraced Los Angeles city councilman Jose Huizar to have government evidence suppressed from his ongoing corruption trial.

Jose Huizar campaigning as a L.A. city councilman. He faces up to 20 years in prison on RICO and money laundering charges. (Image: CBS Los Angeles)

Government prosecutors believe the evidence in question – a cache of Huizar’s emails and other documents – will show the former councilman went on gambling trips to Las Vegas with billionaire Chinese property developer, Wei Huang.

Wei is the president of Shenzhen New World Group. In 2014, his company sought to build a new 77-story hotel tower on its LA Grand Hotel Downtown property, which would have been the tallest skyscraper west of the Mississippi.

Prosecutors allege Huizar accepted kickbacks from Wei in the form of casino chips. As chairman of the Planning and Land Use Management Committee whose district encompassed downtown L.A., Huizar could make things happen for Wei. The businessman has been separately charged with bribery.

Huizar was allegedly at the center of a complex, sprawling pay-to-play scheme that has led to the indictment of nine of his alleged co-conspirators. He faces charges including RICO conspiracy, wire fraud, bribery, money laundering, and tax evasion, which he denies. He is accused of accepting at least $1.5 million in bribes.

His lawyers contest he was simply an “evangelist for robust development.”

They wanted the emails evidence dismissed because they said their seizure violated their client’s Fourth Amendment rights. The FBI did not have probable cause when it obtained a warrant to seize them, the defense claimed.

But US District Judge John Walter said the affidavit used to get the warrant demonstrated “a fair probability of Huizar’s corrupt intent,” as reported by Patch.com. Walter concluded that “it was more than reasonable to seek the evidence in the subject’s email accounts.”

According to prosecutors, Huizar and Wei made eight trips to Las Vegas casinos together from 2014 to 2016.

On one occasion, they were spotted in a VIP room at the Palazzo, where staff noticed Huizar playing with, and ultimately cashing out, tens of thousands of dollars in chips that had been purchased by Wei. Staff flagged this as suspicious, especially because they recognized Huizar as an L.A. City councilman.

According to court documents, staff asked Huizar to sign a document confirming he had an “independent source of wealth sufficient to demonstrate that he was gambling with his own money.”

When he refused, they called the FBI.