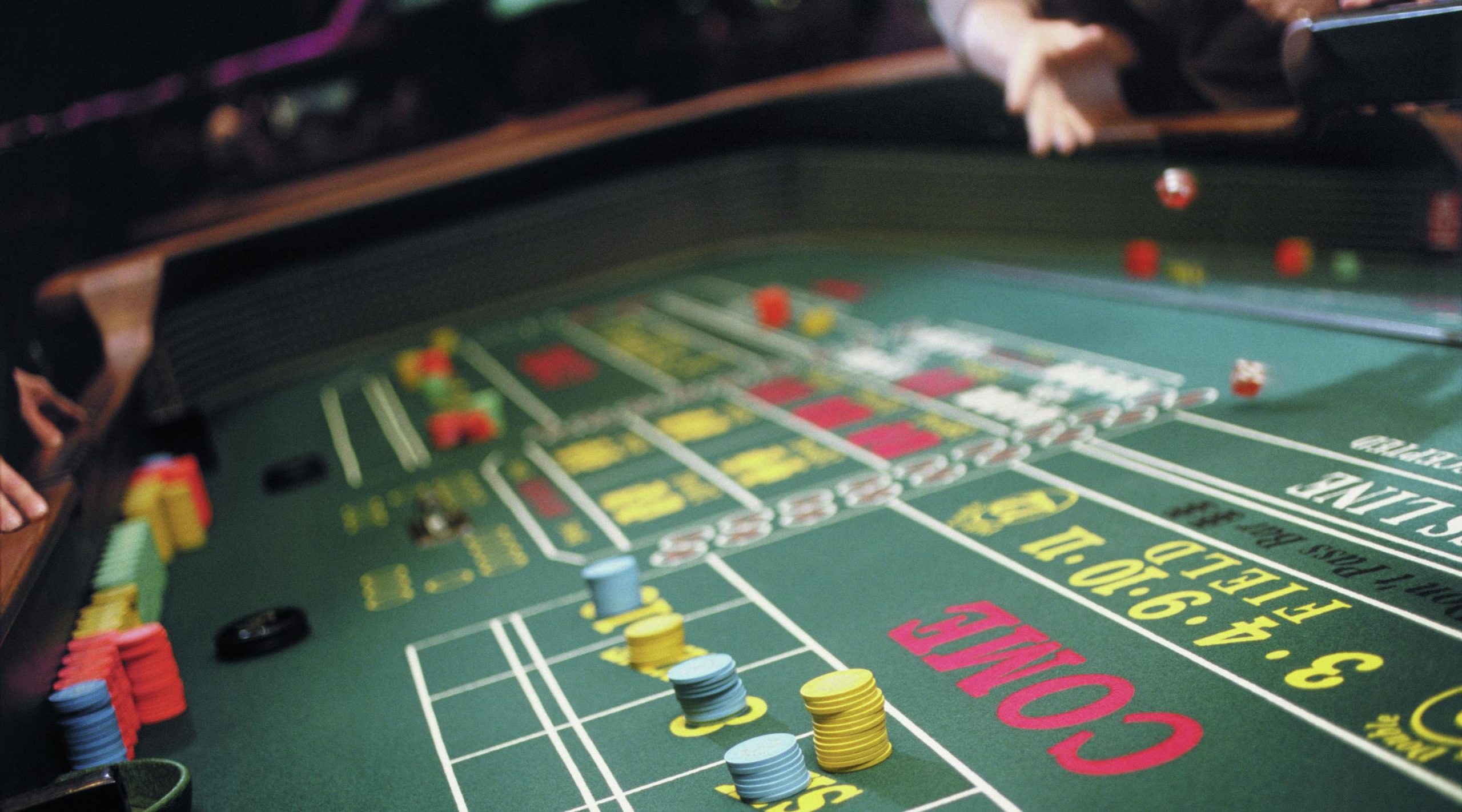 The rules of craps require that a “good-faith” effort be made to roll the dice and bounce them off a table’s back wall to maximize randomness. (Image: MGMGrandDetroit.com)

According to court documents, Kang slid the dice instead of rolling them. Prohibited by every casino, this maneuver involves positioning the dice in the hand so that one or two desired numbers face up, then sliding at least one of the die across the felt instead of rolling them both. Also known as scooting, sliding doesn’t always work. But skilled sliders can considerably shorten their odds of winning. If only one number is slid, it is usually a six, since two sixes, known as “boxcars” or “midnight,” pay out at 30-to-1.

Game rules indicate require that a “good-faith” effort be made to roll the dice and bounce them off a table’s back wall to maximize randomness. While rolls that don’t reach the wall, or in which one die appears to slide accidentally, may be acceptable by the table boss, all state gambling jurisdictions invalidate rolls in which dice are intentionally slid.

Although the specifics of Kang’s case weren’t released, most sliders will receive a “no roll” call and a warning after the first offense, then get kicked off a table, and possibly the casino, after two or three slides. After reviewing footage of the game play, the casino may then elect to file criminal charges.

In 2011, Leonardo Fernandez and Veronica Dabul were arrested and later sued by Wynn Las Vegas. The venue sought the $700,000 they were accused of illegally winning during a month-long dice-sliding spree. The tactic involved several accomplices who distracted dealers while the dice were slid.

At the time, former gaming reporter Alan Mendelson told the Las Vegas Review-Journal: “Dice sliding is so obvious that it is easy to stop. It makes no sense they could get away with that much money unless they had inside help.”

The amount of money Kang won by dice-sliding is not known, nor is whether he worked with any accomplices.