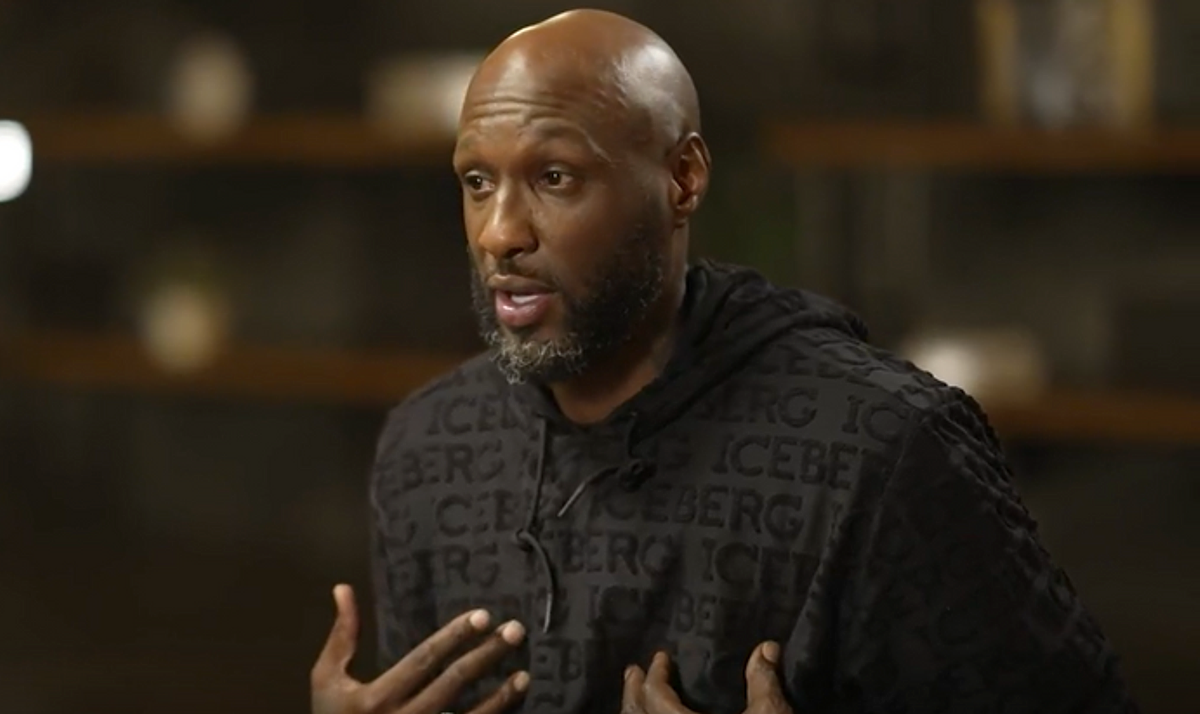 On “TMZ Presents: Lamar Odom: Sex, Drugs and Kardashians,” which first aired Monday night, Odom tells TMZ founder Harvey Levin that he never intentionally took cocaine at the brothel, located 80 minutes northwest of Las Vegas. His version of the story is that he had one drink when he arrived, then woke up three days later in a hospital with tubes coming out of his body, unable to speak or walk.

On a new tabloid TV special, Lamar Odom admits to formerly using an almost fatal amount of cocaine on a regular basis – just not the particular cocaine that nearly killed him in 2015 at Dennis Hof’s Love Ranch brothel. (Image: Screenshot/FOX)

It’s a bizarre allegation to make, especially when, during the same interview, Odom admitted: “drugs, that was my girlfriend” and “I had a wife… and cocaine.”

The two-time NBA champion wed reality TV star Khloe Kardashian in 2009, after a month of dating. They remained married until 2016.

On October 10, 2015 – while still married to Kardashian – Odom visited the Love Ranch in Crystal, Nev., one of the Silver State’s 10 counties  with legal prostitution. (It’s not legal in Clark County, where Las Vegas is located.) Odom settled into a VIP suite and requested the company of prostitutes Cherry Ryder and Madison Montag. Three days of partying later, they visited his VIP suite and discovered Odom unconscious, with “blood coming out of his nose, white stuff coming out of his mouth,” as they told a 911 dispatcher.

A brothel manager called 911 a second time, to provide more details, such as how much cocaine Odom had ingested, and the 10 tablets of “sexual performance enhancers” he’d been using over the course of three days.

According to Odom, he suffered 12 strokes and six heart attacks while in a Vegas hospital, after which he was airlifted to a Los Angeles hospital once he stabilized.

“All my doctors that were all around me when the incident happened were like I’m a walking miracle,” Odom, who is now 43 and claims to have been sober for several years, said on the special. “When I came out of it, I was never supposed to walk again or talk.”

Levin asked Odom whether Kardashian knew about his drug use.

“For part of our marriage, I had to tell her,” Odom said. “You can’t hide that.”

Despite all the drug abuse Odom admitted to Levin, he adamantly claims never to have taken drugs at Hof’s brothel – that Hof, who at the time was the world’s most famous legal pimp, drugged him. He said he had no idea why Hof would have wanted him dead, nor does he know how the drugs wound up in his system.

Following Hof’s death, the brothel was listed for $1.2 million.