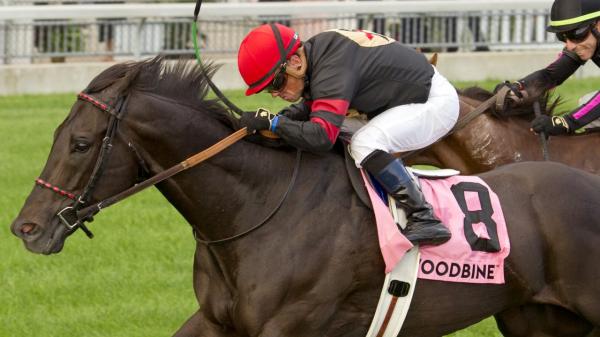 Landing on a Live Longshot in 2022 Highlander Stakes

When evaluating a race, there few better situations than seeing a longshot (or two in this case) that you really like and multiple favorites that, for one reason or another, you prefer to bet against. This scenario makes me pretty excited to bet the $200,000 Highlander Stakes Saturday at Woodbine.

Let’s start with the positive with Silent Poet. He’s very tough when racing on turf with a record of 10 wins, three seconds, and one third in 17 races on grass. He’s also very good on this turf course with nine wins from 16 races. Those wins include a Grade 2 stakes in 2019 where he earned a 111 Equibase Speed Figure, the 2020 Nearctic Stakes (109 figure), and last year’s Highlander (108). In short, he’s the prototypical “horse for course.”

Moving to the negative and the reason we should get a solid price on Silent Poet, he’s been well-beaten in his previous two starts by fellow Highlander entrant #11 Arzak (5-1). But both of those races came on the synthetic main track at Woodbine, and Arzak is a synthetic specialist (4-for-6) while Silent Poet is just OK on the Tapeta synthetic surface at Woodbine with a win, two seconds, and one third in seven starts.

Moving back to grass elevates Silent Poet significantly, and I would expect him to run a big race in his third start off a long layoff while returning to his best surface. I don’t expect to get 10-1 on him, but I’d be happy with 5-1 to 8-1 odds for a nice win bet.

Another longshot I think could significantly outrun his odds is #1 Turned Aside (12-1) from the barn of top Woodbine trainer Mark Casse. He ran his career-best Equibase Speed Figure (117) at this course and distance when second in the Grade 2 Nearctic in October 2021. The 5-year-old by American Pharoah was reported as a gelding in January and lost his first start coming back from more than 4 ½ months off, but he bounced back to post an impressive allowance win on the inner turf course at Woodbine June 5. If he can duplicate that 112 Equibase Speed Figure, he’s a win contender at a big price.

As for the favorites I mentioned at the beginning, #10 Bound for Nowhere (5-2) is a classy 8-year-old who has never raced at Woodbine, which features a unique main turf course. He can also be a little inconsistent. Likewise #2 Voodoo Zip (7-2) has never raced at Woodbine and is making his stakes debut in the Highlander. He’s fast but unproven at this level. The aforementioned Arzak is significantly better on synthetic surfaces than grass and looks like a toss to me at 5-1.

Exacta Strategy on a $12 Budget

Trifecta Strategy on a $24 Budget