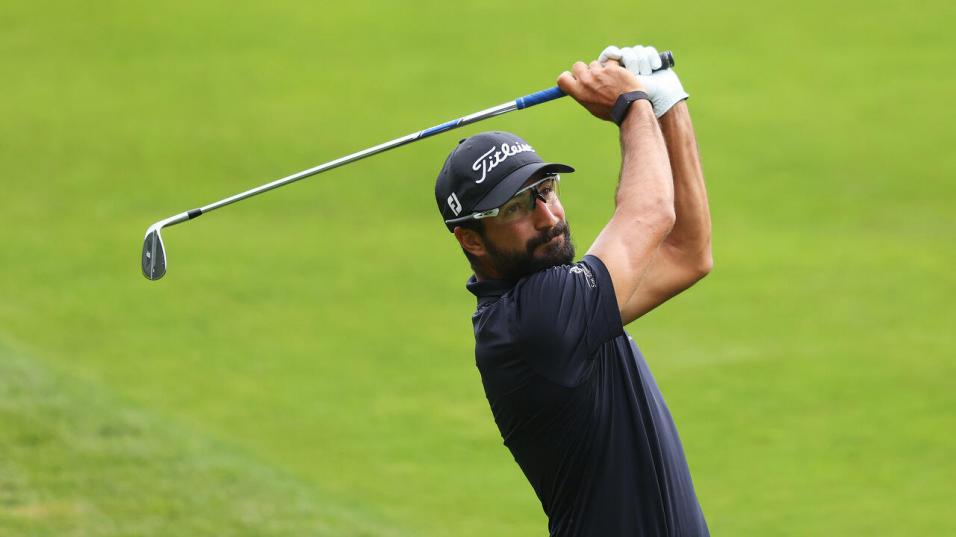 Laporta can go with the flow

Even at first glance, I was a little surprised by the price of Italy’s Francesco Laporta, but closer inspection only adds to my interest.

He makes for a fascinating character study at this late stage of the season, when we consider the careers of so many golfers who are on the brink of losing their cards (or saving them with a last gasp effort).

The 31-year-old spent most of his 20s flogging his way around the mini tours and his one chance at the top level, in 2016, proved difficult.

Approaching his 29th birthday he had very little to show for all the efforts, whereupon he found form on the Challenge Tour and it blossomed in sensational style, from a brace of fifth place finishes, to a pair of thirds, to a couple of victories.

Suddenly he had gone from struggling journeyman to European Tour card holder and within weeks he was leading the Abu Dhabi HSBC Championship at halfway, and then in the top 10 of the Saudi International at the same stage a week later.

He ultimately only landed a pair of top 20s, but this was immense progress much of the previous decade and he closed the 2020 season out with tied second in the first edition of the Golf in Dubai Championship, carding two 65s along the way.

In the second half of this season he has landed a lucrative fourth place in the Irish Open, added another fourth at the Italian Open, he led the BMW PGA Championship after 54 holes on his way to tied sixth, and was tied seventh last week in the Portugal Masters.

That great form in the United Arab Emirates last season, the course form, and the solid efforts in the last five months look good to me and I also like how he appears to be feeling.

After last week’s visit to Portugal he wrote on Instagram: “In 2016 I left this place losing my status on the European Tour, walking back home without anything for the future. Today I left this place with a great top 10 and moving with a big step in the top 50 of the Race to Dubai (46th). This means a lot for me, never give up and trust myself ever. On my way to Dubai now, is nearly the end of the season and I will enjoy every moment ahead.“

I’m really not sure he should be this price and he looks great value to ride the wave this week.

In one sense, I’m going to stick to a similar strategy for the second pick.

Because, just as Laporta has plenty of good results in the desert, so, too, does Frenchman Victor Perez.

In fact, his performances in the Middle East have been both better and more sustained.

In his first full season on the European Tour in 2019 he made four of five cuts in the early season Desert Swing – and all of them in the UAE. Later in the season, he would finish T20th on debut at the DP World Tour Championship.

He then opened 2020 with tied second at the Abu Dhabi HSBC Championship, was second after 54 holes in the Dubai Desert Classic (ahead of finishing T16th), and was leading at halfway in the Saudi International before stumbling to T38th. He closed the year with tied seventh back in the DP World Tour Championship.

This year he again opened playing good golf in the desert: a fast start that fizzled away in Abu Dhabi before tied fourth in Saudi Arabia.

His form drifted in the wrong direction through the summer, but I like that he found rounds of 68-68-65 to close with last week for tied seventh.

He’s shown time and again in his career, from the third tier Alps Tour through the Challenge Tour, European Tour and even on the PGA Tour, that he can lace together top 10 finishes and a return to the desert, playing similar sort of golf to that he played in Portugal, looks ideal for doing so again.

I also enjoyed a rather fun Google translation of a French report of his effort last week. Firstly it highlighted just what a decent performance he put up after a dodgy start and secondly it was wonderfully enigmatic.

“During the first round, after seven small holes, he already had a liability of +4,” it read. “We sat to ourselves that the evil remains deep. But he will therefore show us his true face, that of a top player.

“On Saturday, offensive and finally released, he slammed five birdies … but the best is yet to come because, this Sunday, he made no mistakes which suits our Bigourdan perfectly … He has rediscovered his colours. VP is back!“

Final pick is another Italian, Guido Migliozzi, who came close to landing his third European Tour title in the desert earlier this season and can complete the job this week.

That close call was in the Qatar Masters at Education City and it was the first of three runner-up finishes this year, to which he has also added tied fourth in the US Open, T13th in the Travelers Championship and tied seventh in the European Masters.

In more recent weeks he mixed some good golf with some big scores on the PGA Tour.

In the Bermuda Championship, for example, middle rounds of 65-69 threatened to land him another top 20 before a sloppy 77 ruined the hard work.

This week’s test is rather more straightforward than that rather quirky test and should suit him better, as should the return to a European Tour field.

He played some good golf in Dubai and Saudi ahead of that second place in Qatar, and he also has a fourth place finish in the Oman Open, so his desert golf record is not slight. He’s got a fine chance this week.

2021-11-08
Previous Post: 9 Masks of Fire Online Slot from Microgaming • This Week in Gambling
Next Post: Meet Kong, The Pony Who Stole The Show On Breeders’ Cup Weekend – Horse Racing News