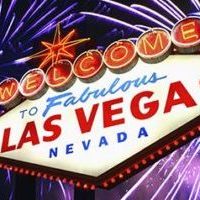 Hello, my friends, and thank you so much for streaming another edition of This Week in Gambling, where we have a little bit of a history lesson, plus some major moves heading for Las Vegas casinos, where the only constant is change. As many of you know Bally’s Las Vegas will soon be rebranded as the Horseshoe. In fact, this week’s big story finds that work outside the resort has finally begun to remove the Bally’s name in preparation for the legendary Horseshoe name to return to Vegas in the center of The Strip!

I say return because it was Benny Binion who opened the original Horseshoe in downtown Las Vegas on Fremont Street back in 1951. A name that stuck all the way to 2004 when he sold the joint to Harrah’s. Of course, in 2005 Harrah’s also bought up Caesars, which brings us back around the Bally’s… sort of. Binion’s Horseshoe simply became Binions, but Caesar’s and Harrah’s held on to that Horseshoe name. A name that they are now bestowing on Bally’s… or the place that we’ve been calling Bally’s since 1986. Because, believe it or not, the Bally’s Resort that we’ve all grown to know and love wasn’t originally Bally’s at all.

In 1973, what we know as Bally’s was another of the famous Las Vegas casinos. It was actually the MGM Grand. And in November of 1980 it was the site of one of the worst hotel fires in US history, when 85 people lost their lives. Five years later Bally’s Corporation bought the property from MGM and it became Bally’s Las Vegas, acquired by Caesars in 2005. Of course the MGM Grand was rebuilt at its new location, across from the Tropicana in 1993. The Tropicana was recently sold as well, and in an odd twist of fate the purchaser was… Bally’s Corporation! They may tear down the Tropicana altogether, only to rebuild… Bally’s!

Yes, believe it or not, a new Bally’s could be built where the old Tropicana now stands. Of course, they could just re-brand the old Tropicana and make it the new Bally’s… kind of like they’re taking the old Bally’s making it the new Horseshoe. Meanwhile, just a few blocks away, the old Hard Rock is now the new Virgin Hotel and Casino. And the old Mirage will soon be torn down to make way for the new Hard Rock Casino, which they claim will open in 2025. So to surmise: Bally’s is becoming the new Horseshoe while the Tropicana may become the new Bally’s and the MGM was Bally’s when Binion’s was the Horseshoe. And The Mirage is becoming the Hard Rock because the Hard Rock became a Virgin and the Mirage is just… screwed. So for now, I think that clears everything up with these Las Vegas casinos.

This week’s game review is for the Lucky 9 online slot from our friends at Wazdan! This is a six reel, 20 payline, retro-themed game designed to look like an old arcade style slot, right down to the pixelated symbols! It features a bonus round, bonus spins, and both wild and scatter symbols! Plus, there’s a variable win multiplier to increase your winnings by up to nine times! Find this review, and hundreds more, when you visit and subscribe to our YouTube channel.