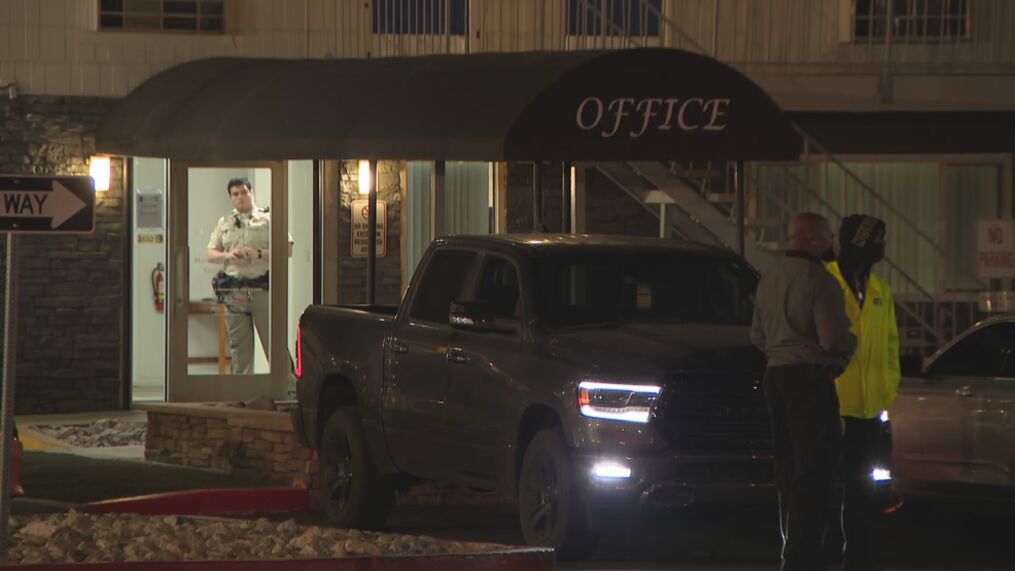 A shooting took place near UNLV Thursday night, leaving one person dead. Two other victims were listed in critical condition, and four others suffered unspecified injuries from the violent incident.

Las Vegas Metro police respond to the entrance of Siegel Suites Swenson, located on University Center, pictured above. One person was killed and six others were injured in a shooting there Thursday night. (Image: KSNV)

The unnamed victim, who was to later die, was transported to Sunrise Hospital and Medical Center. But the patient succumbed to injuries soon after arriving. Other victims were undergoing treatment at Sunrise Hospital as of Friday morning, according to local news reports.

The shooting apparently took place at Siegel Suites Swenson, located on University Center, which is close to the Las Vegas Strip. The building is about a half-mile from the Silver Sevens Hotel & Casino.

The altercation grew out of a dispute between neighbors, Metro police said. Cops were notified about the gunfire at about 11:30 pm Thursday.

Several other violent incidents have taken place near the Strip in recent weeks.

For instance, Lee Wilson, 44, was arrested after last Saturday’s gunfight at a hookah lounge, Manny’s Glow Ultra Lounge & Restaurant. Wilson is facing a single count of murder and 12 counts of attempted murder. He is currently being held without bail at the Clark County Detention Center.

Wilson claimed in court this week he was shot six times during the gunfire. One person, Demetreus Beard, 33, died from injuries in the shooting. About a dozen of the other injured victims were taken to Sunrise. Two others went to University Medical Center.

Two of the victims were in critical condition hours after the shootings. The violence erupted after an argument broke out during a private party held at the lounge. It is unclear what caused the dispute.

The hookah lounge is on East Sahara Avenue. It is about a mile from the Sahara Las Vegas.

In an earlier incident on New Year’s Eve, a pair of men allegedly took part in two Las Vegas Strip homicides during attempted robberies. One shooting was at Palace Station Casino. The other was at Fashion Show Mall. Both were in parking garages.

The suspects were identified as Jordan Ruby, 18, and Jesani Carter, 20, both of California. Each could face the death penalty. In total, they are charged with 13 counts. These include open murder, attempted murder, armed robbery, attempted robbery, and conspiracy, KLAS said.

The duo both pled not guilty to the charges. They remain in custody at the Clark County Detention Center.

Last year, Metro police commenced a selective enforcement initiative to curb the number of violent and drug-related incidents on or near the Strip. It was known as “Operation Persistent Pressure.”