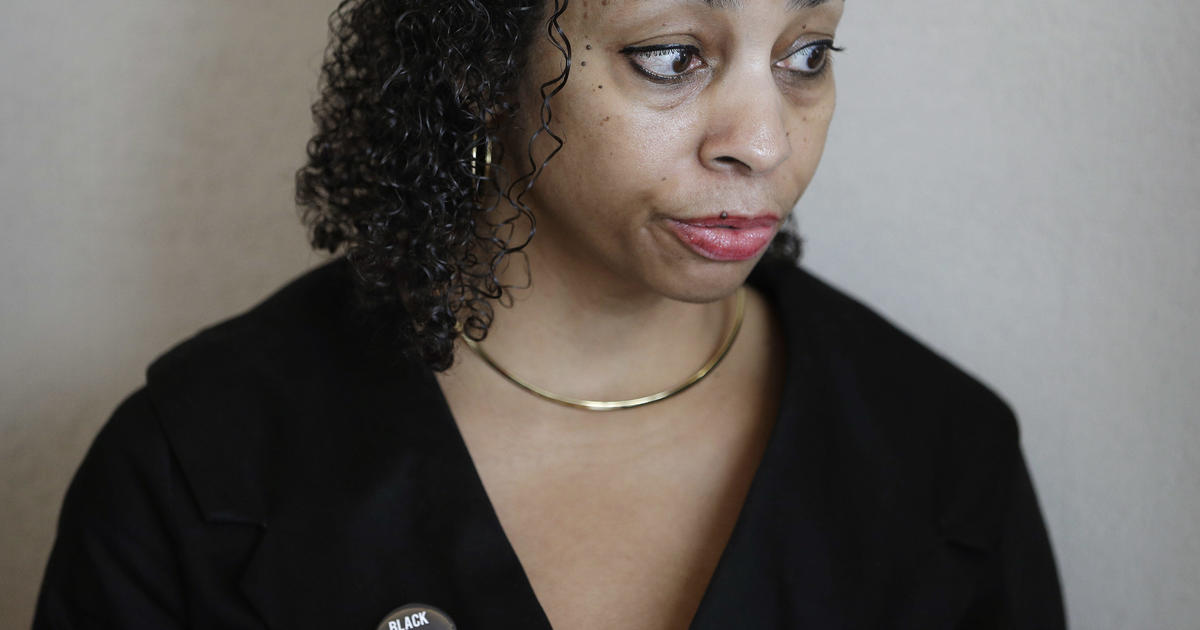 A local police union is demanding a Las Vegas judge be permanently removed from the bench following a controversial statement she made to a defendant.

Erika Ballou, pictured above. A Las Vegas police union asked that Ballou, a judge in Clark County, step down after making comments that the union says show bias against police. (Image: CBS News)

During a court hearing, Judge Erika Ballou told an unnamed man this week that he should avoid being around police because of his race. She also told the man that the same was true for her.

You know you don’t want to be nowhere where cops are, cause I know I don’t, and I’m a middle-aged, middle-class Black woman,” the judge told the defendant on Monday. “I don’t want to be around where the cops are, because I don’t know I’m going to walk away alive or not.”

She also told the man appearing before her, “You’re a Black man in America. You know you don’t want to be nowhere where cops are.”

Her statements led the union, the Las Vegas Police Protective Association (LVPPA), which represents the officers in the Las Vegas Metropolitan Police Department, to claim she is “biased against law enforcement.”

The unnamed defendant allegedly committed battery against a police officer, according to official reports. Prior to this hearing, he had been placed on probation. Prosecutors were trying to end the probationary period on Monday.

Ballou agreed the man violated his probation, according to KLAS, a local TV station. She ended the probation and lowered the sentence. It was between 24 and 60 months. It is now between 19 and 48 months.

The union says that her statements to the defendant were “unethical and irresponsible. Police officers and the law-abiding citizens of our community deserve better from the judiciary,” the LVPPA said.

The union is now calling for Ballou to be scrutinized by a judicial ethics investigation, KLAS reported.

Hey, Judge, you are a disgrace to the bench. You have dishonored the robe you wear. You need to resign immediately,” the union posted on Twitter.

Hey, Judge, you are a disgrace to the bench. You have dishonored the robe you wear. You need to resign immediately. #trashjudge #removejudgeballou #supportlawenforcement https://t.co/dPYUalpoR4

In a statement released to Casino.org today, Ballou said in response she supports “proper law enforcement.”

“What the record shows is that I communicate with those who appear before me in a manner that is straightforward and understandable,” Ballou told Casino.org.

Frank Rudy Cooper, who teaches law at UNLV’s William S. Boyd School of Law — where he also directs the Program on Race, Gender & Policing — called the situation “a shame,” and said, “It is disappointing that the police union thinks it can bully our judges.”

Cooper said Ballou is “clearly one of the best judges in Nevada,” and she can express her personal opinions.

Judge Ballou was showing empathy for feelings that many racial minority civilians feel,” Cooper said. “If the police union doesn’t like that opinion, they should change it by demonstrating that they care equally for all of the populace. Many of them do act in that way.  So they shouldn’t need to try to bully people who disagree with them.”

Ballou is a graduate of UCLA and Tulane Law School. Ballou was sworn in as a Clark County District Court judge in January of 2021. She ran on the Democratic Socialists of America (DSA) ticket.

The court on which Ballou serves handles many criminal matters relating to the casinos and neighborhoods around the Las Vegas Strip and downtown Las Vegas.

Ballou got national attention six years ago for wearing a Black Lives Matter button in court when she was a public defender. A veteran Las Vegas judge, Douglas Herndon, who now sits on the Nevada Supreme Court, asked her to remove the button. Eventually, she took it off, but denied wearing it was political speech.

In another matter, current inmate Katie Moriarty has complained to the Nevada Judicial Discipline Commission about Ballou, according to the Nevada Current.

Ballou “was not in the right frame of mind” when Ballou sentenced her to two years in the county jail in connection with a 2020 fatal motor vehicle accident.

“Judge Ballou was suffering from COVID and not able to appear in person the day of my sentencing,” Moriarty said. Ballou “made it clear she was not fit to be making such important decisions,” Moriarty claimed.

I don’t believe prison does any good,” Ballou said during Moriarty’s sentencing.

Casino.org reached out to union officials for additional comments. No statements were provided immediately.