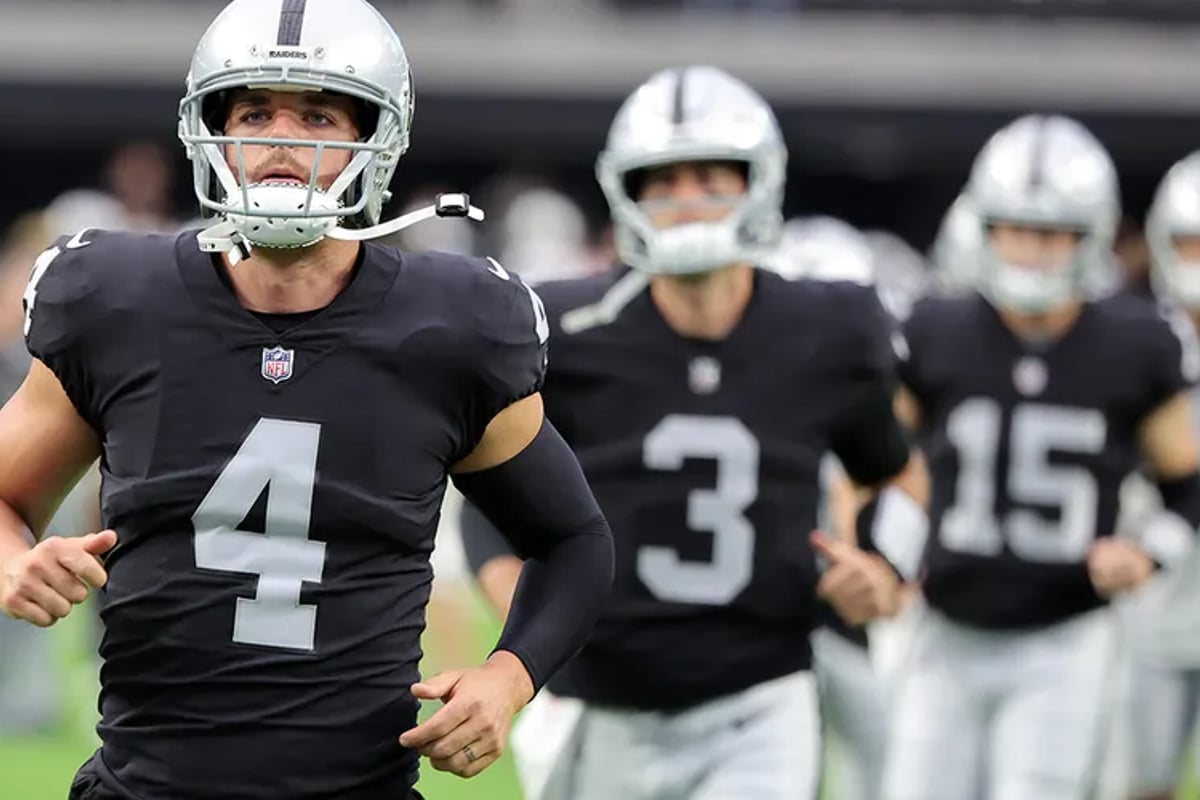 The Las Vegas Raiders went 10-7 a year ago and made an early playoff exit in the Wild Card round, but bettors are optimistic that the Silver and Black are legitimate Super Bowl contenders for the 2022-23 season.

The Las Vegas Raiders are once again led by quarterback Derek Carr (#4). Las Vegas sportsbooks report that the Raiders are their top liability for Super Bowl LVII. (Image: Fox News)

It’s Saturday, which means college football has the attention of bettors and oddsmakers, but looking forward, one of the biggest concerns for the house is the Raiders. Multiple books in Las Vegas, including the Westgate SuperBook, BetMGM, Circa, and Caesars, say Las Vegas is the greatest NFL liability this season.

We get murdered on them,” Chris Andrews, sportsbook director at the South Point, another casino in town that won’t be upset if the Raiders don’t win the Super Bowl, told the Las Vegas Review-Journal.

The Raiders opened around 80/1 to win Super Bowl LVII. That line has since shrunk considerably because of heavy betting action on the team, plus Las Vegas trading for superstar wide receiver Davante Adams and pass rusher Chandler Jones. The consensus Raiders Super Bowl line today is just 40/1.

The Buffalo Bills, which officially kicked off the NFL regular season on Thursday with a dominating 31-10 victory over the Super Bowl defending champion Los Angeles Rams, are the championship futures front-runners at 5/1.

Nevada oddsmakers have taken a flurry of bets on the Raiders winning the Super Bowl ahead of the team’s week 1 kickoff tomorrow in Los Angeles against the Chargers (Las Vegas is a 3.5-point underdog). Sportsbook directors say the Raiders action has been nonstop.

The Raiders have a new head coach in Josh McDaniels after Jon Gruden resigned last year after emails he sent using racist, misogynistic, and homophobic slurs were made public. A student of New England Patriots coaching legend Bill Belichick who ran the Pats’ offense during much of the team’s dynasty run with Tom Brady, McDaniels’ first stint as head coach didn’t go necessarily well.

A Raiders Super Bowl win would result in multimillion-dollar losses for Las Vegas casinos and sportsbooks, but Las Vegas has a most difficult path to the big game because of their playing in the highly competitive AFC West. The Raiders have the longest odds of the four teams to win the AFC West behind the Kansas City Chiefs (+165), Chargers (+220), and Broncos (+260). Las Vegas is a distant +650 to pull off the upset and win the AFC West.

Though bettors are cheerful about the Raiders’ 2022-23 campaign, McDaniels has his work cut out for him if he hopes to take the team back to the Super Bowl for the first time in 20 years. Derek Carr, the team’s veteran quarterback who has been under center for the Silver and Black since 2014, says it’s a new year with a new roster — and that means anything is possible.

I’m just excited to start the season. There’s no certain expectation of this or that. I mean, we just expect to play good football, sound football,” Carr said.

“I’m definitely excited to get out there with our guys,” Carr added.