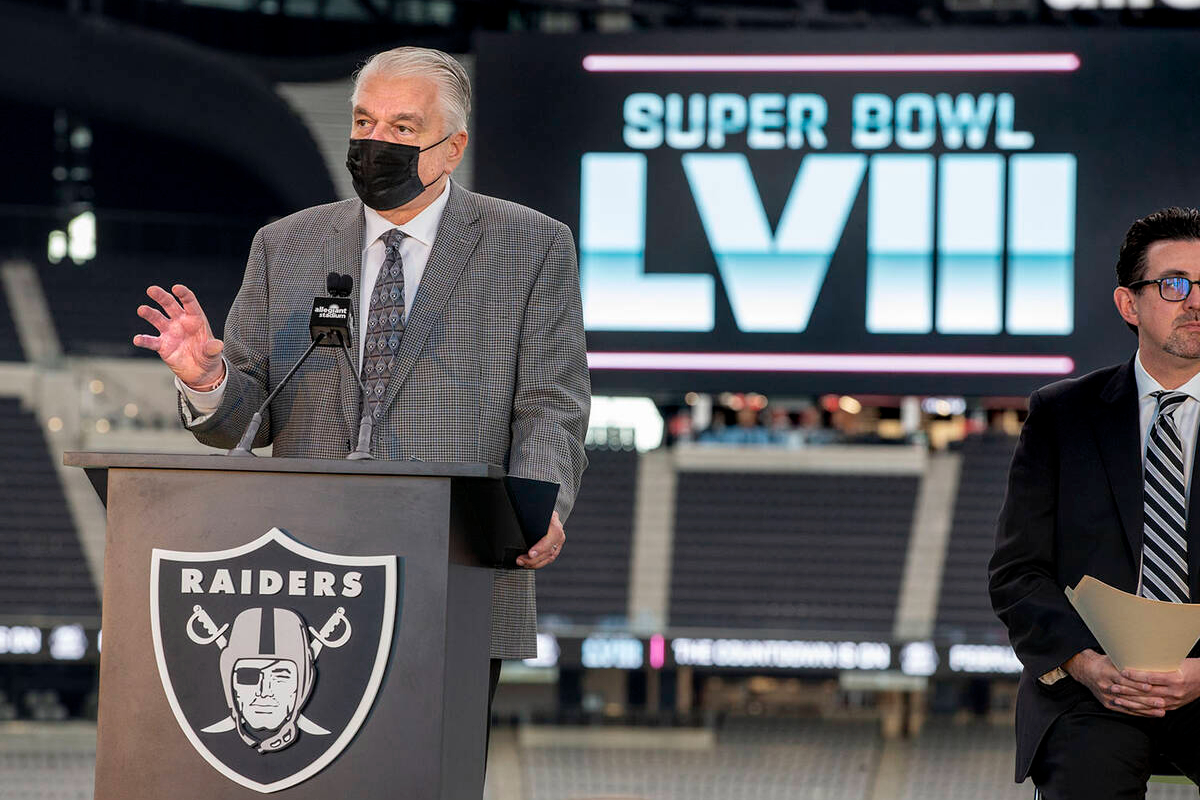 Las Vegas officials say hosting the 2024 NFL Super Bowl will cost the county and city as much as $60 million, but it will be money well spent.

The research firm projects that the big game weekend in 2024 will generate more than half of a billion-dollar economic win for Las Vegas.

It is a huge event for Las Vegas to have it in the city,” said Steve Hill, LVCVA president and CEO. “That doesn’t even value all the eyes of the sporting world on Las Vegas.”

Las Vegas casinos will benefit greatly from the massive influx of visitors during the Super Bowl weekend. Nightly rates are expected to be the costliest of 2024.

In Tampa, host of this year’s past Super Bowl, the average nightly rate for a four-star hotel room was $512. In Miami, which hosted the big game the year prior, average overnight rates went for nearly $2,300.

For decades, Las Vegas has been known as the casino capital of the country. But today, Sin City is also a major sports destination that is home to an NFL, NHL, and WNBA franchise. Las Vegas could soon add an MLB team with the Oakland A’s mulling a decision to follow their former Bay Area sister team to Nevada.

When bringing an NFL team to Southern Nevada was first floated by local leaders, including the late Sheldon Adelson — the billionaire who founded and ran Las Vegas Sands until his death in January — the visionaries forecasted that the pro sports stadium would host an array of major attractions.

No event in the US is bigger than the Super Bowl, and Vegas has landed the NFL championship game less than a year and a half after Allegiant’s opening.

“It does kind of feel like the summit,” Hill added. “We went from a conversation from maybe having a stadium, to obviously having one, to hoping we would be able to get a Super Bowl in Las Vegas.”

Hill says having the Raiders call Las Vegas home has been a major economic boost for the region and its casinos. Gaming revenue in Nevada is outperforming 2019 levels, statewide casino win topping $1 billion in each of the past eight months.

Nevada Gov. Steve Sisolak (D) said during the NFL press event announcing the 2024 Super Bowl that Allegiant Stadium has been “an economic engine” for the state. The governor hopes the 2024 event is a smashing success and prompts the NFL into placing Las Vegas into its Super Bowl rotation.

2021-12-19
Previous Post: Live The Dream With PokerGO’s Stairway To Millions
Next Post: BetMGM and PGA Tour Extend Collaboration through 2024