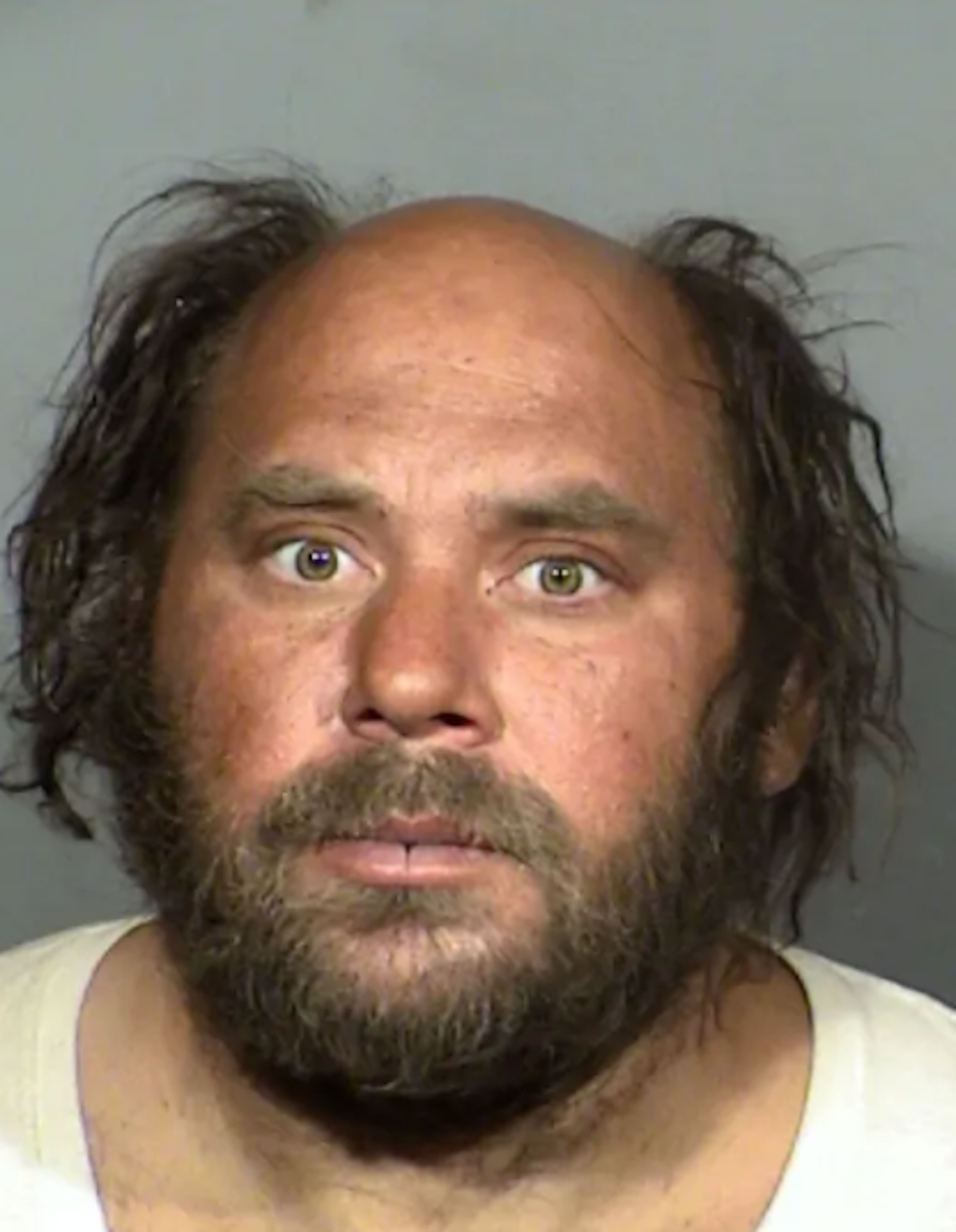 A suspected vagrant who allegedly threatened to kill and eat Las Vegas police officers, and spit at a police car, remains in jail today. He was first spotted by Metro cops laying on a sidewalk in front of Texas Station Gambling Hall and Hotel on Wednesday.

Kenneth Prescott, in a mug shot, pictured above. He allegedly threatened to kill and eat Las Vegas police officers. He also spit at a police car, cops said. (Image: LVMPD)

Police went up to the man, later identified as Kenneth Prescott, 47, whose last known address is Las Vegas. He was sleeping on the sidewalk.

Officers told him he had to move from the sidewalk. He just stared back at the officers, KLAS, a local TV station, reported.

An officer then asked him for his name. He replied “John Doe.” He then said he had no name.

Then officers warned him, they would be forced to incarcerate him if he did not provide his identity. Prescott started to yell obscenities at them, KLAS said. He refused to go to jail.

He then got up, walked to a Metro police car, and spit on it, authorities said. Then, Prescott escalated the situation.

He put up his fists. He told the cops he was “ready” for a fight, KLAS said. Soon, he picked up a rock.

Then, he walked toward a nearby bus stop. He kept tossing the rock in the air.

He then threatened to kill and eat the officers, KLAS said. He put the rock down but did not move away from the rock. He did not follow orders from the officers.

Police officers eventually fired a taser to stun Prescott. He was apprehended. He remained in custody at the Clark County Detention Center as of late Saturday.

He was charged with intimidating a public officer, resisting with a deadly weapon, and vagrancy. If convicted, he could end up incarcerated.

Texas Station is temporarily closed, according to online websites. It has been shuttered since the COVID-19 pandemic. It may reopen next year.

In an unrelated incident, a man confessed to shooting a Las Vegas Metro police officer in 2020. He was sentenced in April to at least 20 years in prison.

The shooting took place outside of Circus Circus Hotel & Casino. It left the officer mostly paralyzed.

Mikalonis remains wheelchair-bound from the wounds. He is paralyzed from the neck down. Nurses need to provide him basic care round the clock.

The bullet went through Mikalonis’ spine and became lodged in his face, KVVU, another local TV station, reported. Doctors at Las Vegas’ University Medical Center were able to save his life despite a high risk of death. UMC surgeons removed a bullet from his body.

Then, he went to a specialized rehabilitation center in Colorado. Last year, he came back to Las Vegas.