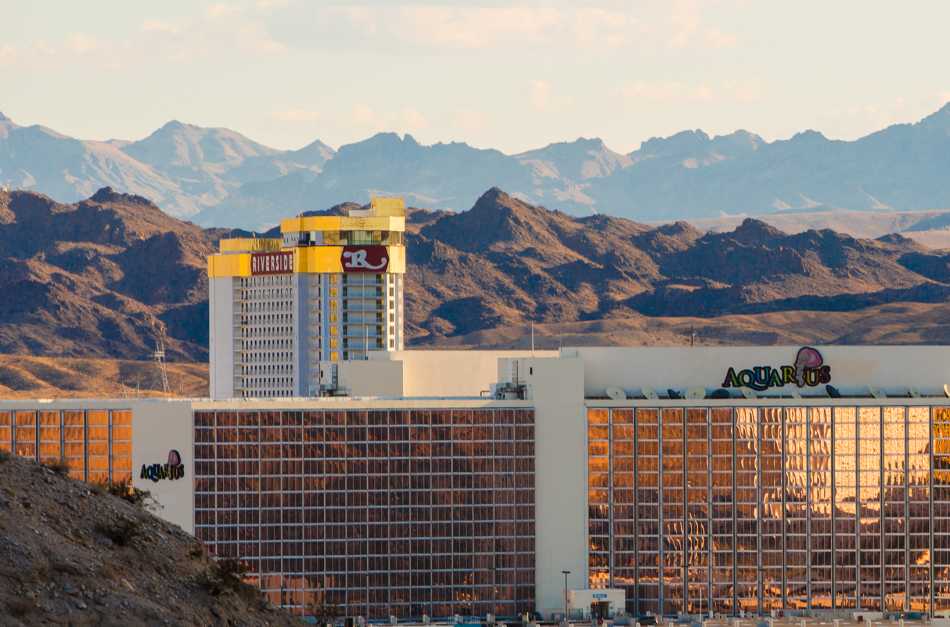 An unidentified player hit the jackpot for more than $1 million at Laughlin, Nev.’s Aquarius Casino Resort. The payout reportedly was won this week on a penny slot.

Laughlin, Nev.’s Aquarius Casino Resort, pictured above. A player won over $1 million this week on a slot there. (Image: Visit Laughlin)

Details on the Wednesday jackpot were not immediately available. It appears the winner was shy about revealing his or her name.

The win was on a “Buffalo Diamond” machine. The machine is made by Aristocrat Gaming.

In June, another mystery player won over $1.3M on a slot machine at the Golden Gate Hotel & Casino in Las Vegas. The historic gaming venue is located in downtown Las Vegas.

In May, another player hit it big, also on a Wheel of Fortune slot machine. It was at The D Hotel and Casino, also in downtown Las Vegas.

The D reported the slot player hit over a $1.4 million jackpot on May 4. The person chose not to release his or her name. But The D told the winner on Twitter, “Enjoy that massive win!”

In May, Aristocrat Gaming’s parent company, Aristocrat Leisure, reiterated its plan to jump into the digital gaming space. The gaming equipment manufacturer said in a filing with the Australian Securities Exchange that it was ready to tackle the growing market.

Aristocrat will launch an online casino business before the end of the year. The company, much like in the land-based gaming segment, wants to be a pioneer in the digital gambling space.

It is now creating its own real-money gaming (RMG) solution for the online market. This will provide online gambling software to casinos and other customers.

Two US customers would have it live in their states in 2022. A third would follow in 2023.

Aristocrat has already begun to market its new slot games, both physical machines as well as mobile games.

Customers can play the games, but they cannot gamble. RMG will soon be a third channel, as iGaming in the US continues to gain traction.

Last year, Aristocrat Leisure attempted to acquire Playtech for $2.84 billion. But that effort encountered headwinds, including competing bids from other suitors, and ultimately, Aristocrat’s inability to convince 75% of Playtech investors to approve the deal.

Recently, Fitch Ratings predicted Aristocrat will continue to pursue mergers and acquisitions. This will be particularly “in the real-money gaming (RMG) sector, given its strong financial flexibility, solid portfolio of slot content, and its lapsed acquisition of Playtech (B2B online supplier),” Fitch predicted in April. No likely acquisition targets were announced in April.