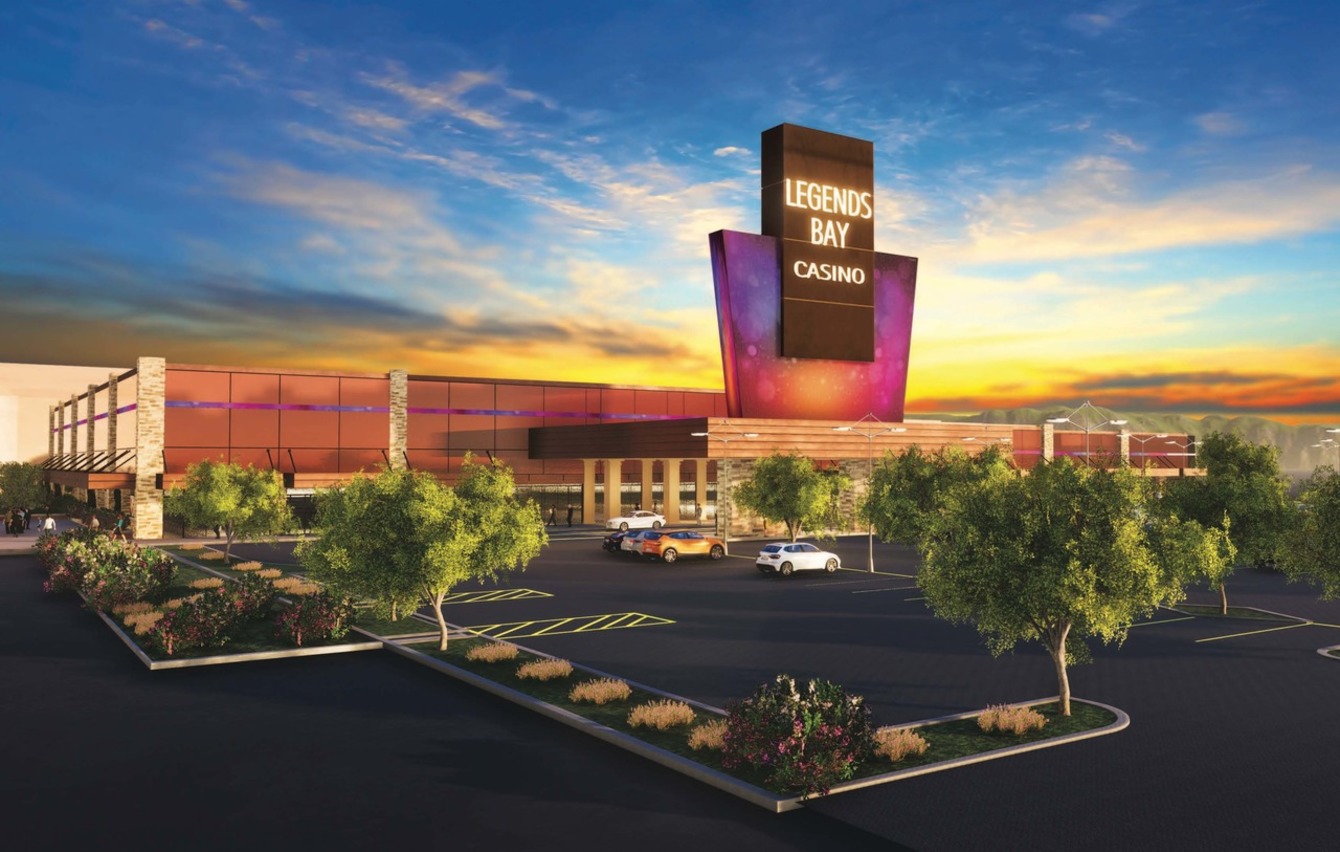 As Legends Bay Casino prepares for an August opening, the first newly built casino in the Reno-Starks area in more than 20 years plans to hold a series of job fairs starting next month to find workers for the nearly 300 positions it has to fill.

A rendering of the Legends Bay Casino, set to open in Sparks, Nev., in August. Olympia Gaming plans to hold weekly job fairs beginning next month to fill the nearly 300 positions available at the casino. (Image: Olympia Gaming)

That announcement came on Thursday, shortly after the Nevada Gaming Commission (NGC) signed off on the gaming license for the soon-to-open casino in Sparks. The NGC’s approval follows the Nevada Gaming Control Board recommending Legends Bay for licensure at its June 9 meeting.

Legends Bay will be located near the Sparks Marina and The Outlets at Legends open-air shopping mall. There’s also a Hampton Inn & Suites and Marriott Residence Inn hotels adjacent to the casino site. Olympia Gaming co-owns the hotels and will own and operate the casino.

Beginning on July 13, Legends Bay will hold several hiring events over four weeks. Each week’s event will focus on specific job areas. Casino officials will hold the events at the Hampton Inn.

The July 13 event will focus on engineering, warehouse, security, surveillance, and information technology jobs. On July 19-20 and Aug. 2-3, casino officials will look to fill food and beverage openings, and the July 26-27 job fair will focus on table games, slots, keno, the Circa Sports sportsbook, and revenue audit.

Those interested in positions should bring a resume and be prepared for an on-the-spot interview.

The Legends Bay announcement said that casino officials may make immediate job offers. Those hired could qualify for a $500 signing bonus. The casino also will offer two weeks of training with pay equal to 40 hours for each week.

Olympia Gaming is one of five divisions within Olympia Companies, a Las Vegas-based development firm. Legends Bay will be the second casino owned by the company. It opened Casino Fandango, a 700-slot venue in Carson City with 10 table games, a movie theater complex, a steakhouse, a conference center, and a Courtyard by Marriott hotel.

Garry Goett, chairman and CEO of Olympia Companies, told the NGC Thursday that his company acquired the land for Legends Bay Casino 15 years ago. However, the Great Recession thwarted plans to start construction the following year.

Goett explained to the commissioners why Olympia held off on starting construction until last year. He said the company wanted to guarantee it had “ideal financing” for the project and contribute a large equity component. Olympia is also financing the debt on Legends Bay. That financial plan calls for no payments during the first year while interest accrues, with interest-only payments starting after that.

This is one of the few projects of this magnitude that the members are putting their money where their mouth is… I think that’s great, and you’re doing everything you personally can, the financing arm of your company, to give the property the opportunity to get up, get running, get seasoned,” Commissioner Steven B. Cohen said.

Goett told commissions that Construction on the $120 million project should wrap up in August. He also expects it to open a shortly after that.

He also said the company has received strong interest in the senior and mid-level positions within the casino and expects a strong showing for the job fairs.