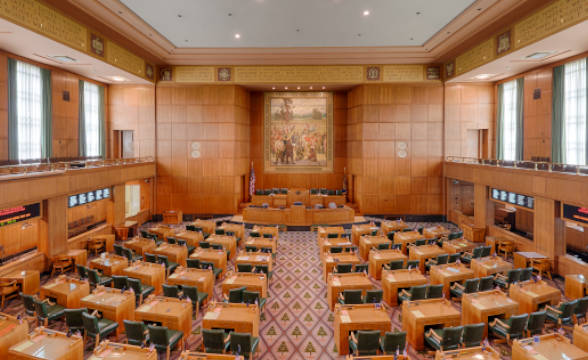 On April 15, the legislative leaders announced that they would set up an eight-member joint committee after a number of requests had been filed by the tribal leaders. The said committee will review the gambling sector in Oregon.

2021 Was Record Year for Oregon Regarding Gambling

Dan Rayfield, a speaker of the Oregon House of Representatives for district 16, commented that 2021 was a record year in terms of money spent on gambling by Americans. He added that the government officials should be careful with the great impact that the gambling industry had in many aspects, including on “sovereign Tribal governments” and on Oregon citizens, who are fighting against addiction.

The Oregon Lottery, which generates the highest revenue in the state of Oregon after income taxes, has been willing to expand mobile gambling by incorporating wagering on Oregon college sports. However, last year, Katherine Brown, the governor of Oregon, asked the Oregon Lottery, to delay its expansion.

Other private gambling companies are also interested in developing their gambling business in the state, including Travis Boersma, co-founder of Dutch Bros. Coffee, who has been willing to introduce gambling at Grants Pass Downs, the only horse track in Oregon. In February, though, the Oregon Department of Justice blocked the installation of 225 betting terminals at the said horse track stating that the machines in question would infringe the constitutional prohibition in Oregon of off-reservation casinos.

The nine federally recognized tribes in Oregon, which depend on casino revenue to finance services, have been quite nervous, as their rivals have found new ways to bet. The tribal casino market in Oregon has been under pressure for expansion because the Siletz Tribe is planning to establish a 20-acre casino in north Salem.

Peter Courtney, a president of the Oregon State Senate, said that the gambling industry has not been reviewed comprehensively since 1996 and a new analysis of the sector should be done as soon as possible due to the variety of changes that have occurred.

Anna Richter Taylor, who is a spokeswoman for the Cow Creek Band of Umpqua Tribes of Indians, welcomed with applause the formation of the joint committee stating that it would contribute to the transparency, accountability and policies in Oregon and would increase the economic opportunities, protect the public health and respect the “tribal sovereignty”.

2022-04-18
Previous Post: Fifteen Things to Know About the Kentucky Derby
Next Post: Schindler and Ivey Win in Cyprus