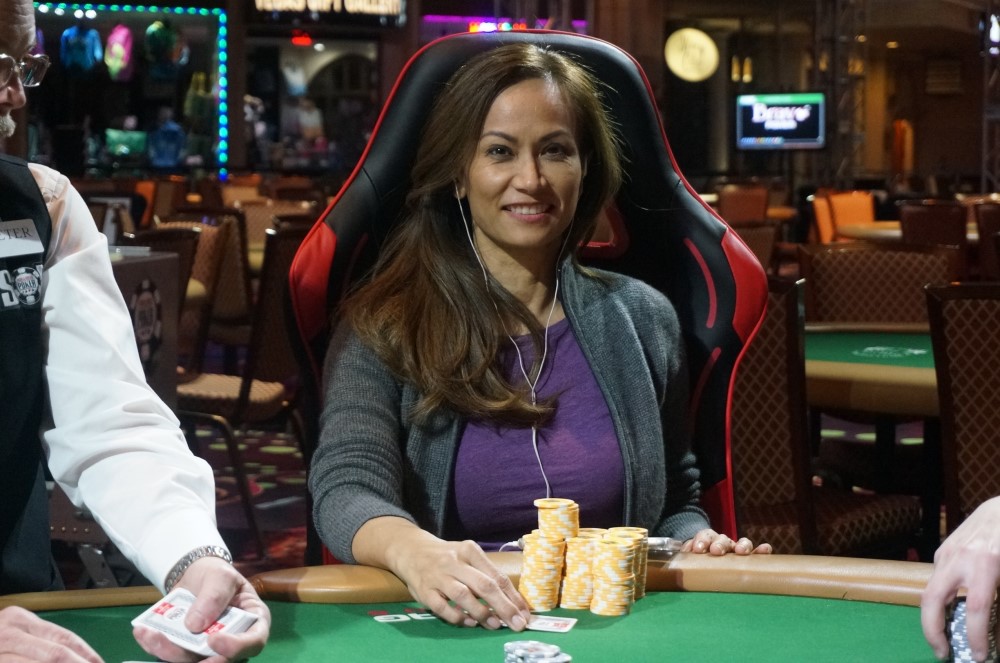 A class-action lawsuit accusing digital payment processor PayPal of racketeering for seizing customer funds was filed in California on Friday.

Lena Evans is one of the lead plaintiffs in a lawsuit alleging PayPal illegally seized customer funds. (Image: WSOP)

The lawsuit accuses PayPal of using its User Agreement policies to arbitrarily freeze and then seize money from accounts for violations that are never clearly explained.

Bensamochan Law Firm and Schreiber & Schreiber filed the lawsuit in the United States District Court, Northern District of California. Businesspeople Roni Shemtov and Shbadan Akylbekov are the other two plaintiffs.

Freezing and seizing without warning

In Evan’s situation, the lawsuit alleges PayPal froze $26,984 for 180 days without warning or explanation in November 2020. She used PayPal to help run both PLON and Helix Poker, as well as sell and buy clothes.

In May, 2021, PayPal seized the money “without ever telling Ms. Evans why,” reads the lawsuit.

The lawsuit claims she never received a response to any of her emails, and was unable to speak with a live person despite several phone calls.

While Evans did not receive any sort of explanation for her predicament, PayPal told the other two plaintiffs they money was seized because they violated portions of its Acceptable Use Policy that’s part of its lengthy User Agreement, according to the lawsuit.

Claims of the multifaceted, 37-page complaint are summarized by one line from the filing:

“PayPal’s transactions and practices are illegal, highly questionable and akin to outright theft.”

About the same time as Evans had her money seized by PayPal, the same thing happened to Chris Moneymaker, 2003 WSOP champ and current Americas Card Room team pro.

Only telling Moneymaker that he violated the payment’s site’s terms, they seized more than $12,000. Just like Evans, the funds were frozen in the fall after members of his fantasy football league sent their $1,000 fees to Moneymaker, who was acting as the league’s treasurer.

This infuriated Moneymaker, who hired the Bensamochan Law Firm to sue PayPal and encouraged anyone else who has their money seized by the eBay-owned company to climb on board.

Those in the legal department at PayPal must have taken notice, because 10 days after sending the Tweet encouraging others who may have been treated poorly by the processing giant to contact his lawyer, the money simply reappeared in his account.

Since he got his money back, Moneymaker is no longer a plaintiff in the case. But that’s not stopping him from trying to fix this perceived wrong.

The Bensamochan Law Firm would like to hear from any other individual who have had money confiscated by @PayPal for an alleged violation of its User Agreement or Acceptable Use Policy. Please use the following email address: info@eblawfirm.us

His mentions are loaded with people who claim PayPal treated them the same way and seized funds for violating parts of the User Agreement.

The lawsuit claims there are likely thousands of victims entitled to remuneration by PayPal, but the plaintiffs can’t know for sure the potential size of the class without information and documents in PayPal’s possession.

How many others were affected?

While Moneymaker and Evans are connected to the world of gambling and poker, Shemtov and Akylbekov are businesspeople who claim PayPal stole money they earned selling wares.

In Shemotov’s case, she was told three different reasons her money was seized, including that she was charging too little for her yoga clothing.

The other two reasons they gave — that she was using the same IP address as other users and she had multiple accounts — is simply not true, according to the lawsuit.

In Akylbekov’s case, PayPal said it was allowed to seize and keep the money because of damages caused by violating portions of the User Agreement, which were not defined.

All three plaintiffs spell out how PayPal simply ignored their questions and concerns, some of which were submitted in writing to company attorneys.

With more than 300 million users, and more than 20 million active merchant accounts, the odds that PayPal treated other customers the way this lawsuit alleges is high.