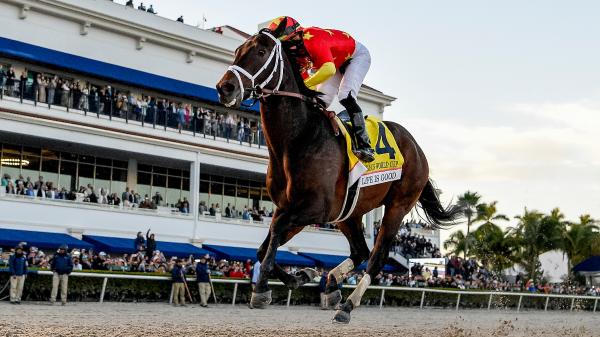 Life Is Good, who won the Pegasus Jan. 29 and subsequently finished fourth Dubai World Cup Sponsored By Emirates Airline, shares the top rating of 124 along with Nature Strip for the ratings for 3-year-olds and older that raced between Jan. 1 and May 8, 2022.

U.S.-based Speaker’s Corner, a Street Sense colt trained by Hall of Famer Bill Mott, is 3-for-3 in 2022 and checked in next with a 123 rating. He has recorded clear wins in the Fred W. Hooper Stakes presented by Hill ‘n’ Dale Farms at Xalapa, WinStar Gulfstream Park Mile Stakes, and Grade 1 Carter Handicap this year.

2022-05-12
Previous Post: Camelot Says It Will Go Bankrupt if National Lottery License Goes to Allwyn
Next Post: Where Will Baker Mayfield Land? –