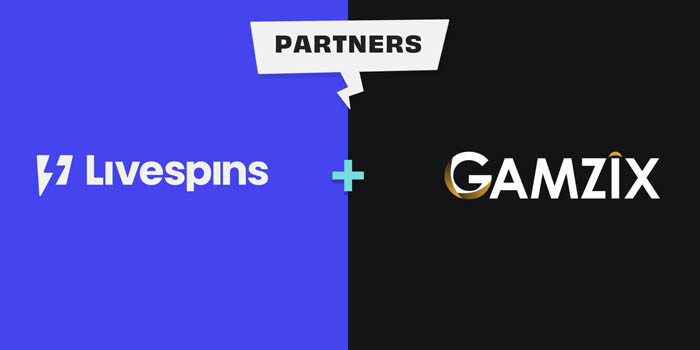 Livespins, a company providing socially-charged casino experiences, has enhanced its content roster with new titles. The new additions will be added to Livespins thanks to an agreement with Gamzix, a provider of progressive slot games.

Another Awesome Deal in the Bag

Livespins offers streamed casino games where viewers can become a part of the action. Audiences can dictate their bets to a streamer and can see how other participants perform. In addition, Livespins players can communicate with one another, giving each other tips or commenting on the latest in-game developments.

This concept adds a social layer to games that people would otherwise play alone, thus boosting engagement. The Livespins chat offers all the musts of a modern chat, ensuring seamless communication between the players.

Gamzix will now power Livespins’ content offering with extra titles. As a result, audiences will now be able to experience fan-favorite games such as Bonanza Donut, Buffalo Ice, Dogs and Tails, Fruit Story and Happy Rabbit with an added social element.

In its announcement Livespins also noted that slots will not be the only Gamzix games to be added to its portfolio. Crash games such as Pilot, Pilot Coin and Pilot Cup will be added as well, further improving content diversity.

Gamzix is a fairly fresh but ambitious studio from Estonia, which leverages intimate knowledge of mathematics and design to create some of the most thrilling experiences in the contemporary market. The quality of Gamzix’s products has helped the company grow and sign agreements with many notable casino companies.

Marina Kalinina, Gamzix’s chief marketing officer, praised the integration, calling casino streaming an “absolute phenomenon.” She is sure that Livespins will be a suitable partner that will popularize Gamzix’s exciting games among many new players.

Michael Pedersen, Livespins’ chief commercial officer, agreed with this sentiment and noted that the agreement will popularize the provider’s titles among many new audiences. He is also happy about his own company, which has now successfully secured access to more hit casino content.

In Gamzix, we have a pioneering developer whose games promise to get players on the edge of their seats with each spin. We are particularly pleased to add its crash games to our portfolio, adding more variety for our streamers and their audiences to enjoy.

January has been a busy month for Livespins, which penned deals with two other major suppliers. The slots streaming specialist signed agreements with Yolo Group and EveryMatrix, securing further expansion of its content offering.